Israeli scholar and former negotiator Daniel Levy tells DW that Israel has gone beyond legitimate self-defense in its war against Hamas. The Palestinian issue cannot be solved militarily, he says. 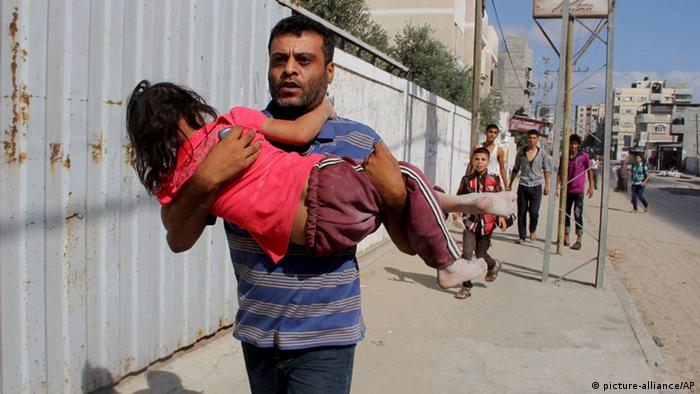 DW: Do you think that this is a just war?

Daniel Levy: I think that Israel's right to defend itself when its adversaries are violating international law by indiscriminately firing on civilians allows for a just Israeli response. However, the Israeli response, I think it is clear to see, has been disproportionate and had not kept within realms of what could be called a just war.

That doesn't mean that anyone should apologize that not more Israelis are getting killed, but one should also not apologize for calling this what it is. Which is a disproportionate response, a terribly, deadly and counterproductively response by Israel.

From the very beginning and for some period of time leading up to this and once more being in this crisis the Israeli position has been that Hamas a priori is to blame for everything. That they are using civilians as shields. What Israel has done, and this is in part why we are seeing such a big civilian death toll, is that it has preemptively absolved itself of any moral or legal responsibility.

If you say whatever happens, it is those guys' fault, then you basically say whatever I am doing by definition cannot be wrong and I am not culpable. And I think that is a terrible mindset to approach such an operation.

But is it possible to avoid civilian casualties in a war like that, fighting in a city like Gaza? 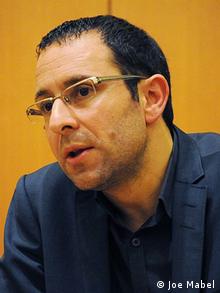 Levy says Israel has gone way beyond what is acceptable

This entire conflict could have been avoided altogether by addressing the bigger political picture, because this does not have a military solution. You cannot solve the Palestinian issue militarily.

If we didn't want what we are seeing now to happen we should have created an incentive structure whereby Palestinians in Gaza saw that quiet on there side would be met with an easing of the closure. When it was quiet in Israel, Gaza was under closure.

What has to be done to stop the war at this point?

It seems that any kind of ceasefire proposal that gives serious hope that there will be an opening of Gaza, an easing of the blockade, this will allow Hamas to agree to a ceasefire.

You need a package that will include this. On the Israeli side, the thing that most likely would lead to an immediate ceasefire is great external leverage, particularly American but also European.

But that is not available. The Americans and the Europeans have been very indulging - especially the Americans - of the Israeli position. So we are stuck. I still think the best option is to keep pushing. I don't think that Israel wants to reoccupy Gaza.

Therefore if Netanyahu chooses a unilateral end to this mission, then the immediate international response should include attempts to address the closure of Gaza. So that the end of the Israeli military mission will be reciprocated by Hamas' willingness and ability to put an end to the fire.

Does that mean that there should be more international pressure on Israel, especially by the US, to stop the war?

Clearly the US has the most leverage. If the US were willing to use its leverage, not only could this conflict immediately be brought to an end, but the broader conflict would also be addressed. But recognizing American political realities, that would not happen. So within the realm of the possible, much clearer messages should be sent to the Israelis. 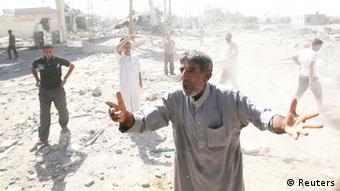 Levy says that the US has the most leverage

The Israelis should understand that will there was sympathy for addressing the rocket fire, for addressing the tunnels. But for Israel's right to self-defense we have gone way beyond what is acceptable in terms of the way Israel has exercised this right. These messages should be loud and clear to the Israelis to hear.

There should be a credible option on the table for easing the closure of Gaza. Perhaps a credible proportion to create a port entry point to Gaza can be put on the table and bases on that there should also be a push on Hamas to accept a ceasefire. So within the political reality that is probably the best we could do right now.

There has been a lot of criticism on Israel after the shelling of schools und civilians. How does Israel react on the criticism?

Israel doesn't take the criticism seriously because it doesn't translate into anything. If it did, Israel would still reject it, but it would have to make some hard decisions. Right now you have criticism that is nothing but rhetoric. No UN Security Council resolution, no consideration of any punitive measures that will result from these Israeli actions. So empty rhetoric is not going to get us anywhere.

That means that the criticism so far has only been rhetoric?

It's words - and its barely words.

There have been comments on the web, comments by Jewish persons, accusing you and your criticism of Israel of being anti-Semitic. What do you think about that?

I think it is tragic. A faith and a people that I was born into, which I think has such a proud tradition of an universal ethic that has inspired some of the great human right struggles of our time. An ethic that I believe is to respect others.

I would argue that some of these actions are dangerous when they are done in the name of the Jewish collective.

Daniel Levy is the director of the Middle East and North Africa program at the European Council on Foreign Relations and a senior research fellow at the New America Foundation. He was a negotiator in Palestinian talks under Prime Ministers Rabin and Barak, and the lead Israeli drafter of the Geneva Initiative.

The Gaza conflict between Israelis and Palestinians has led to a heated debate in Germany. After anti-Israel demonstrations, Jewish organizations are speaking out, saying "the old hatred of Jews" was back in Germany. (30.07.2014)

'Many Americans see Israel as the holy land'

In Europe, criticism of Israel's actions in Gaza is slowly picking up steam. In the US, however, public opinion is still very much pro-Israel. DW talked to former Ambassador Stuart Eizenstat about the sentiment there. (29.07.2014)

Turkey to seek extradition of 33 'terrorists' from Finland, Sweden