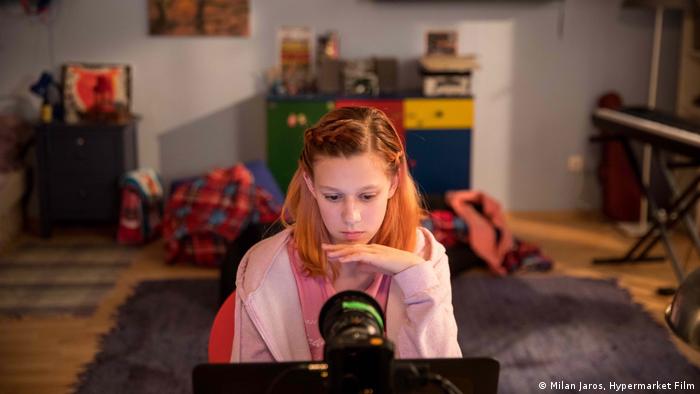 "You don't mind that I'm just 12?" is the tagline on posters all across the Czech Republic advertising "Caught in the Net," which enters the country's cinemas on Thursday.

In the film, three over-18 actors repeatedly put this question to men — some of them in their 60s — who contact them on specially-established fake social media profiles that imply they are young adolescents.

During the making of the often chilling documentary no fewer than 2,458 potential sexual predators contacted the "12-year-olds" in 10 days.

The makers recreated convincing preteen bedrooms for the "girls," containing plush toys and mementos from the actors' own childhoods, in a large film studio.

They also drew on anonymous transcripts of actual communications between predators and victims to help train the unknown leads for the singular project, which was initially conceived as a short viral video highlighting how easily girls can face online exploitation.

The three protagonists were cast on the basis of their unusually young appearances and appropriately dressed and made-up for the shoot.

Co-director Barbora Chalupova says this painstakingly conceived set-up was the only possible way the "Caught in the Net" team could record genuine online predators, who request video sex, nudity, explicit photos and personal meetings and in some cases offer money.

"This phenomenon takes place completely behind children's bedroom doors, which was the stumbling block of the entire shoot," Chalupova says. "That's the reason we opted for this approach."

Throughout the nearly three-year-long project, the documentary's makers were in regular contact with a number of professionals, including a children's helpline operator, sexologist, lawyer and police officers specialized in this area of cybercrime.

They established a code of conduct according to which the "girls" were to state clearly that they were 12 and respond reluctantly to overtly sexual commands or proposed "dates." 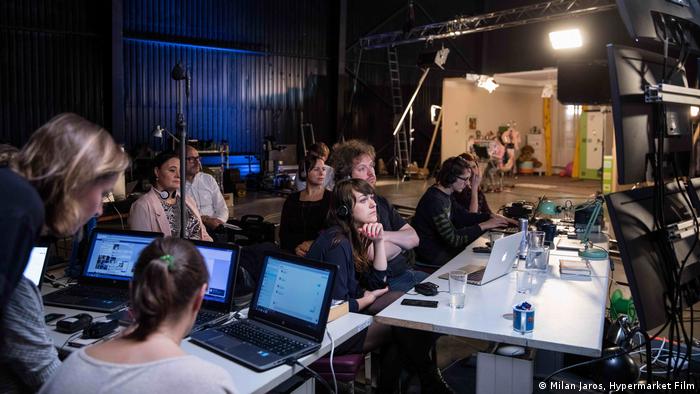 Nevertheless, the film traces a clear escalation in the aggressive methods employed by the predators, including in some cases attempted blackmail when the "girls," repeatedly pressured, sent (photoshopped) revealing pictures.

Face-to-face meetings with predators in Prague cafés were monitored not just by hidden cameras but also covert security staff. One particular instance in which an adult woman accompanied the expected male predator left the whole crew gobsmacked, says Chalupova.

Given the sensitive nature of the project, the filmmakers have provided security and other support to the three young actors. 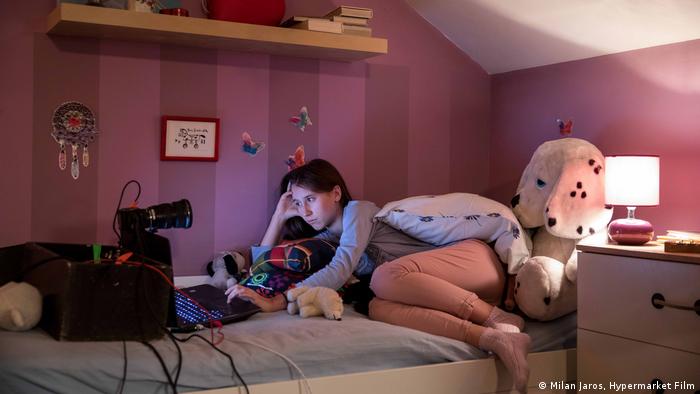 Anezka Pithartova on the set of "Caught in the Net"

One of them, Anezka Pithartova, says she doesn't regret taking part but would not agree to go through the experience again. Indeed, she requested therapy after the shoot due to the psychological pressures she endured.

"I have problems with some situations that didn't bother me so much before, like if somebody looks at me for too long or is flirtatious in a pushy way," says Pithartova, who is 22.

Even before its release "Caught in the Net" became a cause célèbre in the Czech Republic, with much attention dedicated to the legal and ethical issues surrounding it.

The faces of the secretly filmed men have been obscured by specially-designed "digital masks" in the finished documentary. Their voices, however, have not been altered.

Meanwhile, the makers have complied with requests from the Czech police to provide them with all footage relating to illegal acts.

Co-director Klusak says the documentary makers' initial intention was only to spark a national discussion of the dangers posed to teens by internet predators skilled in manipulation.

"Our aim wasn't to hunt anybody down and report them to the police. However, we didn't know then what awaited us," Klusak says. "So in the end we had to involve the police, because we were witness to a number of crimes."

So far around 10 individuals, including one woman, are known to have been investigated for criminal acts including sexual coercion, the dissemination of pornography and the abuse of children in the production of pornography. One man has already received a suspended sentence.

While extreme images are pixilated, "Caught in the Net" is a frequently grueling watch, and a number of journalists emerged from a press screening last week with shell-shocked expressions. 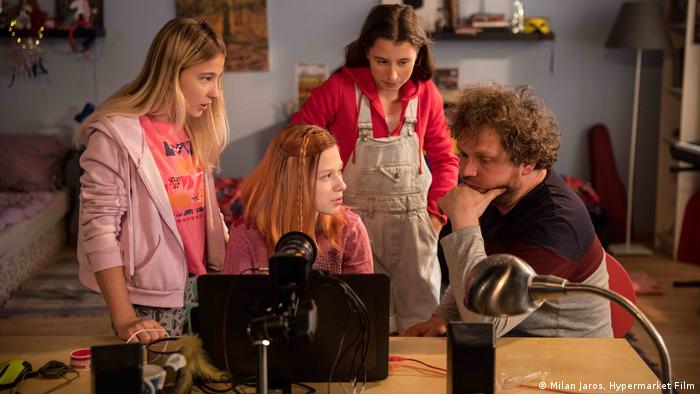 The actors, here with co-director Vit Klusak, were chosen for their young looks

Though the makers say they had no legal alternative but to hand over the materials to Czech police, being required to work "hand in glove" with law enforcement officers would have set ethical alarm bells ringing for many other documentary makers, says Variety reporter Will Tizard.

"But they do show powerfully, through this kind of reality TV format, that any adolescent girl with any kind of social media is going to be approached by these guys," Tizard adds. "It's terrifying, the extent of it. And that's a stunning achievement."

As well as the regular "Caught in the Net," there is also a shorter 12+ rated, educational version featuring practical advice from the actors. They and the directors are set to participate in a series of screenings and discussions with teen viewers around the Czech Republic.

Anezka Pithartova says it is clear from a few such events to date that young viewers look up to and trust the documentary's protagonists. "I'm trying to tell them that communication with real people in real life is better than communicating with strangers on the net," the actor says.

The full version of "Caught in the Net" will have its international debut at the Copenhagen documentary film festival next month.