A warship-escorted Turkish drill ship is set to start searching for gas in waters off southern Cyprus. The Cypriot government criticized Turkey for "utterly provocative and aggressive behavior," vowing to fight the move. 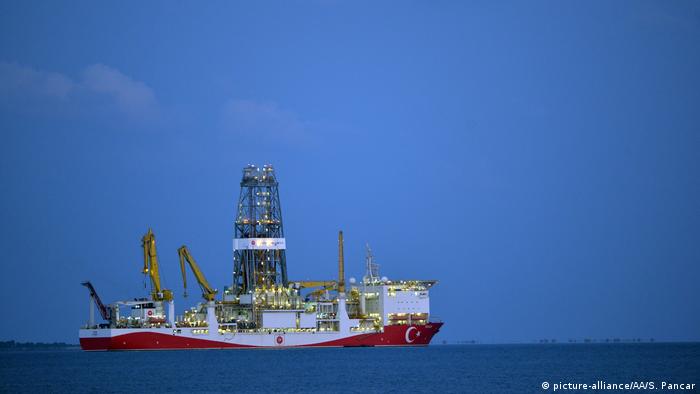 Cyprus on Friday strongly condemned Turkey's move to send another drilling vessel to waters where Cyprus has already issued licenses to European energy companies, slamming the move as a "severe escalation."

In a statement, the Cypriot government said the arrival of the Turkish drill ship Yavuz was "utterly provocative and aggressive behavior" and violated international calls to defend Cyprus' sovereign rights.

"Illegality, no matter how often it's repeated, does not generate law," the government said.

The government added that it plans to fight the move and raise its concerns with the European Union.

A Turkish diplomat told Reuters news agency that drilling operations are set to begin on October 7.

The Yavuz, which was escorted by Turkish warships, is the second drilling ship that Ankara has dispatched to the area, joining the Fatih and other research vessels.

The area is located some 50 miles (80 kilometers) off Cyprus' southwestern coast near the town of Paphos.

Cyprus has already licensed the area for hydrocarbon exploration to France's Total and Italy's Eni.

The Turkish government, however, claims the area falls partly within its own continental shelf.

Speaking in the Cypriot capital of Nicosia on Friday, Britain's minister of state for Europe said that any oil wealth discovered should benefit Cypriots.

"I made it very clear that Great Britain deplores any drilling in waters close to Cyprus but supports Cyprus's right to extract oils in its exclusive economic zone," Christopher Pincher said.

The EU has already imposed sanctions against Turkey for drilling in areas that fall within Cyprus' exclusive economic rights but that weren't licensed to energy companies.

Cyprus has been divided into the Republic of Cyprus, where people speak Greek, and a northern part under Turkish military control since 1974, when Turkey invaded in response to a coup by a Greek military junta.

The Turkish part is recognized only by Ankara; the predominantly Greek south is part of the EU.