Cyclone Tauktae is expected to make landfall in Gujarat state in the early hours of Tuesday. The first major storm of the season comes as India battles a second wave of the coronavirus. 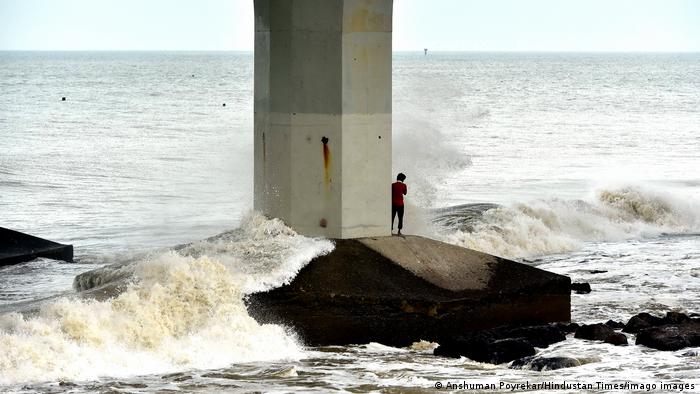 At least six people have been killed with large areas inundated, houses destroyed and trees and power lines uprooted by a severe cyclone that hovered off India's western coast on Sunday.

Cyclone Tauktae, the season's first major storm, is expected to make landfall on Tuesday in Gujarat state, a statement by the India Meteorological Department said.

Packing winds of up to 140 kilometers per hour (87 miles per hour), Tauktae has been building up over the Arabian Sea and has moved northwards past Kerala and Karnataka states and is currently located northwest of Goa.

Hundreds of thousands of people in these regions, as well as nearby states Maharashtra and Gujarat, and the federally administered territories of Daman and Diu, have been moved to temporary relief shelters, despite the risks associated with a fast-spreading second wave of the coronavirus in India.

The forecast warned of heavy damage along coastal Gujarat and said wind speeds could reach 175 kilometers per hour. 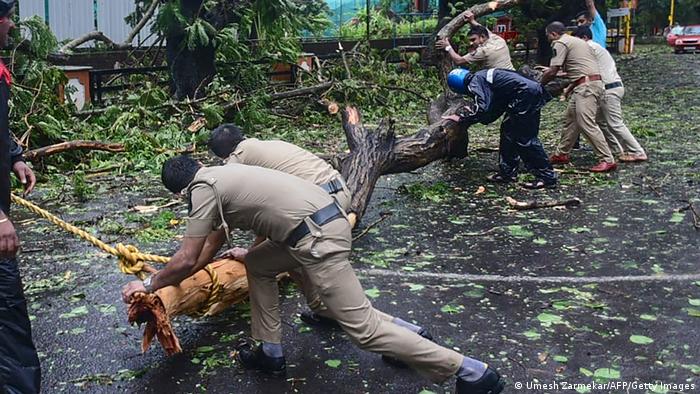 At Panjim in Goa, police helped to clear fallen trees from a road

The heavy rains and flooding have already turned deadly. Two people have died in Kerala and four in Karnataka, the Indian Express newspaper reported.

Authorities are now preparing to move thousands of residents from low-lying areas on the western coast.

"All measures being taken to evacuate people in the areas affected by the cyclone so as to ensure zero loss of life," the government said in a statement.

Hundreds of thousands of people were moved to temporary relief shelters in other states despite the risks associated with the second coronavirus wave in the country.

Gujarat Chief Minister Vijay Rupani has asked officials to ensure that the supply of electricity and oxygen to COVID-19 hospitals and other medical facilities is not disrupted, the state government's statement said.

Vaccinations have been suspended for the next two days.

Gujarat is also home to large oil refineries and seaports that may end up being in the storm's path.

India is no stranger to devastating cyclones, but changing climate patterns have caused them to become more intense, rather than more frequent, according to meteorologists.

COVID: India is 'at a critical juncture,' says WHO chief scientist

Soumya Swaminathan, chief scientist at the World Health Organization, tells DW that India is at a very fragile and difficult stage in the pandemic. The WHO is concerned as the number of cases is rising significantly.

In India, COVID-19 patients are developing a rare but fatal fungal infection, dubbed "black fungus." Starting in the airways, it spreads through the body.