'Curse of the Iceman' Linked to Scientist's Death

The seventh person connected to the discovery of a prehistoric man found in the Alps has died, adding to the legend of a curse behind the ancient warrior. 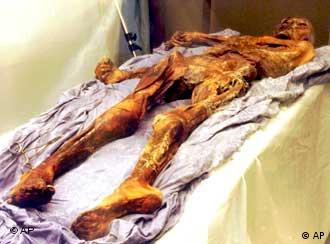 Is Oetzi haunting his discoverers?

That a 63-year-old man should die of natural causes would normally raise few eyebrows. But when that man was a scientist connected to the discovery of a 5,300-year-old frozen corpse known as Oetzi the Iceman -- and the seventh such person to die within a year -- talk about a curse is inevitable.

US-born molecular archaeologist Tom Loy was found dead in his Brisbane home two weeks ago as he was finalizing a book about Oetzi, according to The Australian newspaper.

The director of the University of Queensland's archaeological sciences laboratories had suffered from a blood-related condition for about 12 years, members of his family told the paper. The condition was diagnosed shortly after he became involved with the Iceman.

Loy "didn't believe in the curse," a colleague told The Australian. "It was just superstition. People die."

Oetzi was discovered high in the Italian alps near the Austrian border in 1991, and reports and pictures of the perfectly preserved Stone Age warrior sparked worldwide interest. But so did the murmurings about a curse, built around the theory that the Iceman was angry at being disturbed after 53 centuries.

The rumor of the curse began a year ago when the German tourist who discovered the mummy, Helmut Simon, 67, fell to his death during a freak blizzard while hiking near the same spot where he saw Oetzi through the ice. 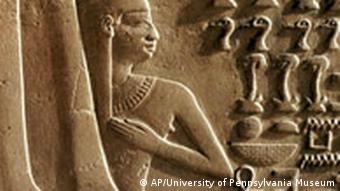 Is it a curse such as those thought to surround the tombs of ancient Egypt?

Within an hour of Simon's funeral, the head of the mountain rescue team that was assigned to find him, Dieter Warnecke, 45, died of a heart attack. Then in April, archaeologist Konrad Spindler, 55, who first inspected the prehistoric corpse, died of complications from multiple sclerosis.

The head of the forensic team examining Oetzi, Rainer Henn, 64, died in a car crash on the way to give a lecture about the iceman. The mountaineer who led Henn to the Iceman's body, Kurt Fritz, 52, died in an avalanche, the only one of his party to be hit. And the man who filmed Oetzi's removal from his icy mountain grave, celebrated Austrian journalist Rainer Hoelzl, 47, died of a brain tumor.

Loy was renowned for discovering human blood on the Iceman's clothing and weapons. His work -- the subject of a National Geographic documentary in 2002 -- debunked the theory that Oetzi, age 30-45, died alone in the mountains after a hunting accident. By revealing four different types of human blood on Oetzi's clothing, he surmised that the Stone Age man was hunting with a companion when the pair got into a territorial skirmish.

Fatally wounded, Oetzi appears to have leaned against his companion for support.

These days, Oetzi rests in a refrigerated room at the South Tyrol Archaeological Museum in Bolzano, which attracts around 300,000 visitors a year and brings in $5 million (4 million euros) in tourism.

Numerous people have fainted in Italy's top Egyptian museum. Is it the curse of the Pharaoh? (Jan. 18, 2002)

Archeologists working on a dig in the southern German province of Swabia have unearthed what they claim to be the oldest statue in the history of art. (Dec. 19, 2003)