Staying in instead of going out: Artists, musicians, concert halls, museums and art fairs are as creative as ever as they face extreme restrictions due to the coronavirus pandemic. The organizers of the German Audio Film Prize had already been working on a live-streamed version of the awards' ceremony, following the cancelation of the gala with its 500 guests. The prize recognizes the film with the best "audio description" — depictions of central elements of the plot and the settings of the film, beyond dialogues, to allow the blind and partially sighted to watch movies as well.

Yet even that option had to be canceled. As the government's hygiene measures to restrict the spread of the novel coronavirus increased, even the online version of the event had to be cancelled.  "It was a race against time," regrets Claudia Schaffer, head of the German Federation of the Blind and Partially Sighted (DBSV) award's committee. "And we lost it."

Several other performances had to be canceled; theaters, concert halls and cinemas are empty, while people are staying home. Yet many organizersare now offering an online version of their events, with livestreams quickly becoming a megatrend. 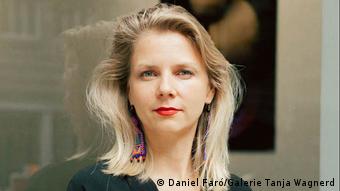 An online library of artist's videos

"When the coronavirus crisis started, everyone thought that galleries would close," said

Berlin gallery owner Tanja Wagner. "It quickly became clear to me that I had to do something to keep in touch with the art world."

This is how she came up with the idea for her online program. Every week, she will present the video work of a selected artist in her gallery's online library, all while promoting the work through social media channels such as Instagram. "Of course, I don't know how long this crisis will last," said the gallery owner, but she is convinced that people still need art and culture, beyond the atmosphere of "constant apocalypse" brought by the daily news.

The organizers of the Art Basel Hong Kong, planned for mid-March, were criticized for their long hesitation to cancel the art fair amid the coronavirus outbreak.

But following the cancelation, they were extremely quick to set up a virtual version of the event. The art market in Asia is particularly lucrative and therefore important for the industry. The "Online Viewing Rooms" features 235 participating galleries and over 2,000 works of art that can be viewed and purchased without any risk of infection.

"The idea is good, but there is room for expansion," says Swiss art dealer Urs Meile, who runs galleries in Lucerne and Beijing. "If there are no more trade fairs or exhibitions, I would still like to keep in touch with my customers and provide them with good information." On his website, Meile therefore offers his own "Online Viewing Room," which enables a more realistic feeling of space and additional information about the works and the artists. 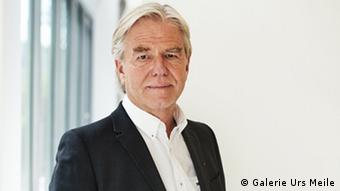 Google has also launched a new digital platform for arts and culture. The online exhibition "Once Upon A Try," offers innovative formats created in collaboration with 120 museums worldwide, "exploring millennia of human inventions in one exhibition."

Scientists, artists and activists, as well as stars, come together in the project. For example, one format developed in collaboration with Geneva's CERN Museum allows users to experience the Big Bang through an augmented reality app,  which features "a story of the universe" narrated by Tilda Swinton.

Pianist Igor Levit has been streaming against loneliness for days already. His free house concerts, shared via Twitter, sometimes come from a Munich stage, sometimes from his own living room:

He's not the only one.

A startup from Cologne, creators of the digital event magazine "rausgegangen.de" (Went out), now offers its quarantine-times alternative, "dringeblieben.de" (Stayed in). "If people can't go out to cultural events anymore," says editor Adina Burchartz, "Then we'll bring culture into their living room."

Artists can send their planned events to the site, which will then be streamed online. Concerts, discussions and even a children's disco in the morning are among the events currently on offer. Viewers can chat with the artists or send them donations. This weekend, a professional bartender is offering an online cocktail workshop live.

The Berlin State Opera is introducing an online schedule in reaction to the coronavirus crisis. On the website of the opera house, there are now freely accessible recordings from the repertoire of the house. All rehearsals at the opera have been canceled. "Heath always comes first," said the State Opera in a statement.

Like all other German concert halls, the Bavarian State Opera is closed until at least April 19. It was a difficult decision for director Nikolaus Bachler: "A theater that is not allowed to play does not exist," Bachler told German press agency dpa. Therefore, there should be further performances held in the empty hall, but broadcast online. The premiere 7 Deaths of Maria Callas by performance artist Marina Abramovic will be streamed on April 11.

Meanwhile, the Berlin Philharmonic Orchestra has opened a "Digital Concert Hall." More than 600 concerts from the past 10 years are available on the website, free of charge, until March 31. "We already miss our audience very much and hope that we can continue to meet each other in this way, at least virtually," said Olaf Maninger, media director of the orchestra. The platform includes 15 concerts with Berlin's new chief conductor, Kirill Petrenko.

In an extraordinarily rare nationwide TV address, German Chancellor Angela Merkel has called on citizens to do their part in helping to overcome the COVID-19 outbreak. Germany is now one of Europe's hardest-hit states. (18.03.2020)

Italy has recapitalized its airline Alitalia, and France is considering similar moves to rescue affected companies. Now even Germany seems ready to use the ultimate weapon in the coronavirus battle: nationalization. (19.03.2020)

Hands off! What can we touch during the coronavirus outbreak?

If you find yourself suspiciously staring at your pets, your potatoes and even those birthday cards on the mantelpiece, you aren't alone. Coronavirus is seemingly everywhere. What's safe to touch? Here are some answers. (17.03.2020)