George Herriman's legendary comic strip is an absurdist animal love triangle that has become a cult classic. Now the complete collection of the celebrated strip originally published in 1914-44 has won a 'comic Oscar.' 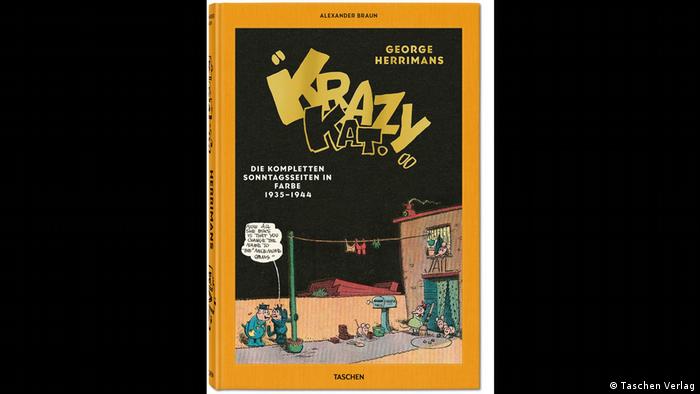 When George Herriman created his weekly Krazy Kat comic from 1913 until his death in 1944, it was held up as a work of art for its visual creativity, absurdity and complex characterization.

The original adventures of Krazy and Ignatz the mouse was reissued by the Taschen Verlag in 2019 as George Herriman’s 'Krazy Kat', The Complete Color Sundays 1935–1944.

Edited by German art historian and curator Alexander Braun, the collection recently won an Eisner Award  — dubbed the comic Oscars and named after US-American comic artist Will Erwin Eisner, who claimed Herriman as a strong influence. It won the prize for Best Archival Collection/Project.

For Braun, this marks his second Eisner win following his award for Winsor McCay, The Complete Little Nemo 1910–1927 in 2015.

Alexander Braun spent three years in archives in the US gathering the material on the cult Krazy Kat comic strip that he wanted to preserve for posterity. The artist and historian, who in 2011 founded the German Academy of Comic Art, was well qualified to also write an introduction to his Krazy Kat compendium, focusing on George Herriman's brilliance — the strip is commonly regarded as the greatest comic of the 20th century — and his multiracial background.

"Krazy Kat is an intellectual tour de force with incredibly beautiful sentimental traits that hasn't lost its appeal, even after a hundred years," the comic expert told DW. He added that the comic strip was a form of radical art that borrowed from the Dada movement and anticipated the absurdist theater of Samuel Beckett. 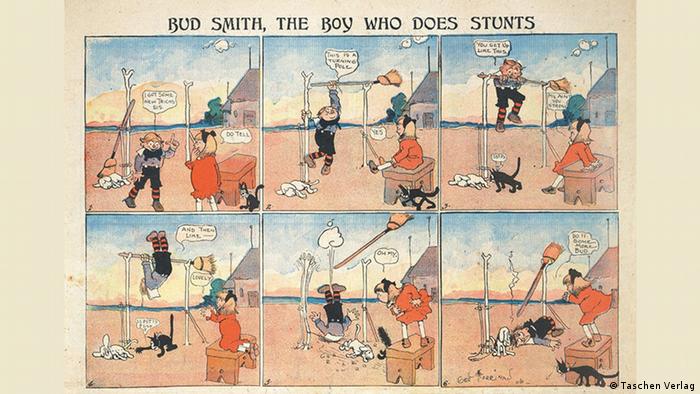 The Krazy Kat strip that appeared in Sunday color comic strips in US newspapers was initially about a cat's love for a mouse. It was a bizarre starting point, though the love was not requited by the mouse named Ignatz.

On the contrary, Ignatz does everything to harm the cat, throws bricks at its head with slapstick regularity. The duo is completed by Officer Pop, a dog in the role of a policeman. And he has a secret: he is in love with the cat — making this a bizarre animal love triangle.

The story of Krazy Kat and Ignatz, as it was called in the early days, appeared in the newspapers of publishing mogul William Randolph Hearst in the US. The illustrator Georg Herriman developed it from two animal side characters of his humorous comic series The Dingbat about a normal yet abnormal family. Then Herriman stuck to the story of the mouse, cat and dog until his death in 1944.

Even Picasso was a fan

Despite criticism about its high art pretensions, the Krazy Kat strips were highly regarded by satire fans. None other than then US President Woodrow Wilson and writer F. Scott Fitzgerald warmed to the love-hate relationship between cat and mouse.

Painter Pablo Picasso was also enthusiastic about the comic, according to Braun, because of the way Herriman weaved a complex love triangle storyline together while maintaining high entertainment value.

"Herriman already understood the medium as art back then," Braun said. "This may have overwhelmed the average reader ... but the intellectual elite took note of Krazy Kat."

Shakespeare of the comic strip 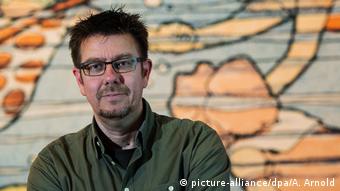 Krazy Kat touches on universal themes like longing, love and the struggle for personal happiness that remain relevant to this day: "What do we still find interesting about Shakespeare today?" asks Braun, adding that Herriman successfully worked with similar themes as the great British playwright but "in a timeless way."

Through his work as an editor and exhibition curator, Braun is committed to ensuring that comics are not only perceived as entertainment but also as art since few museums exhibit such popular mediums.

"If we don't preserve the strips, we may lose them forever," he warns.

Many world-renowned comic characters hail from Belgium, Europe's home of illustrated stories for nearly a century. Here is an introduction to some beloved Belgian comic characters.