A political novice who speaks only rusty Croatian has been sworn in as the Balkan country's prime minister. Human rights activists have protested the inclusion of far-right nationalists in the new cabinent. 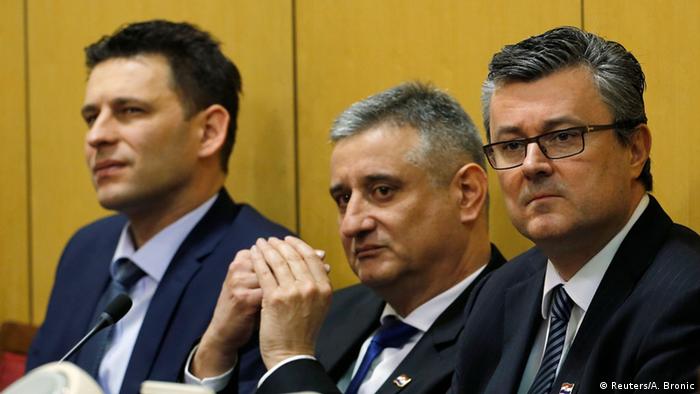 Croatia's parliament ended 14-hours of debate late Friday and backed 50-year-old Tihomir Oreskovic and his center-right cabinet in an 83-63 vote with five absentions.

The Canadian-educated, formally non-partisan premier pledged his cabinet would improve living standards through economic growth and investment while at the same time trying to improve his language skills.

"I hope Croatians will not hold my language mistakes against me," Oreskovic said.

But the dominant Croatian Democratic Union (HDZ) decision to tap controverisal historian Zlatko Hasanbegovic as the minister of culture and Mijo Crnoja, who proposed a "registry of traitors," as the veterans minister has ilicited protests by civic groups and opposition parties. 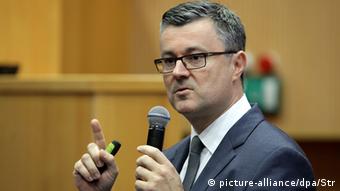 A dual citizen of Canada and Croatia, Oreskovic began his professional career in 1992 with pharmaceutical giant Eli Lilly, then joined Teva in 2005, holding the company's top managerial positions in both countries.

As the country's leader, Oreskovic faces massive challenges. He is being greeted by a fragile economic recovery that emerged in late 2014 after six years of recession.

"In terms of finance, I'm a fiscal conservative. In business terms, I'm not a supporter of risky moves and experiments... Politically, I belong to the centre ground," Oreskovic told reporters.

Oreskovic won't be the only political novice in the government. Most, a new party and junior coalition partner, has nominated Ante Sprlje, a judge who served only three years in the town of Metkovic, to be justice minister, and a former Catholic nun who mostly worked with drug addicts, Bernardica Juric, to head up the welfare ministry.

The relatively experienced leaders of the two parties in the governing coalition, Tomislav Karamarko of the HDZ and Bozo Petrov of Most will serve as the two deputy prime ministers.

As Croatia's November 8 election was inconclusive, the Most party emerged as a kingmaker after the vote. It ultimately chose to form the new government with the conservative HDZ, ending a four-year rule of the center-left coalition.