Zdravko Mustac, the former head of the Yugoslav secret service, has been extradited to Germany where he is wanted for the murder of a Croatian dissident in 1983. 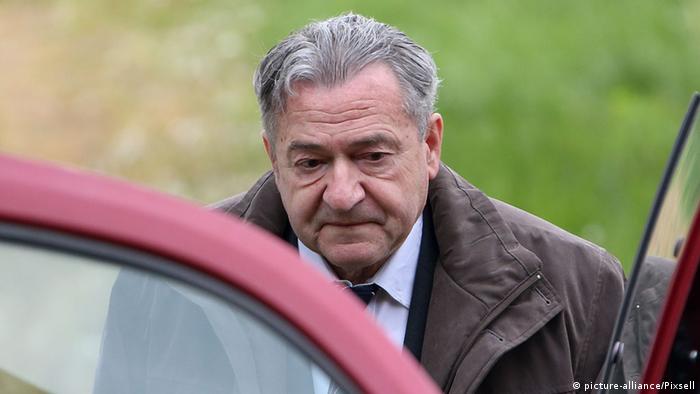 The long tug of war for the extradition of two high-ranking former officers of the Yugoslav federal secret service, the UDBA, from Croatia to Germany has finally come to an end. In January, Josip Perkovic was handed over to the German judicial authorities, and now three months later, on Thursday (17.04.2014), he was followed by his former superior, Zdravko Mustac.

Both men held leading positions at the UDBA before the breakup of Yugoslavia in the early 1990s, and were instrumental in the creation and organization of the new Croatian secret service after that country's declaration of independence in 1991. In addition, both were close associates of the first Croatian president, Franjo Tudjman.

This may have been why Croatia refused to deliver Perkovic and Mustac to the German authorities for years, even though the attorney general in Karlsruhe has been calling for their extradition since 2009. The former intelligence officials have been accused of complicity in the murder of Stjepan Durekovic, who was killed in the Bavarian town of Wolfratshausen, near Munich, in 1983.

Durekovic was a Croatian dissident and oil magnate, and one of the possible motives for his murder is that he knew too much about the corruption among the former Yugoslav leadership. 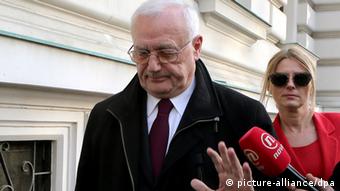 Germany had demanded Perkovic's extradition since 2009

Extradition only after pressure

Various Croatian governments have denied the extradition in the past, and even after Croatia joined the European Union last July, Zagreb refused to implement a previously signed European Arrest Warrant (EAW) which regulates extradition between EU member states. Only three days before EU accession, the Croatian parliament passed a law stating that the EAW should apply only to crimes committed after 2002, an attempt to prevent the extradition of Perkovic and Mustac.

The decision was met with incredulity in Brussels, after which the European Commission decided to increase its pressure on Croatia in the autumn, going so far as to indirectly threaten the government with sanctions if it did not change its mind. Finally, the country's Supreme Court gave in and approved Perkovic's extradition in January, followed by Mustac this week.

Hope for those left behind 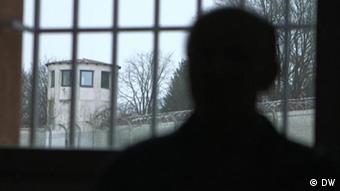 Prates is serving life for his involvement in the Durekovic murder

Now that the two former intelligence officials have been delivered to the German authorities, Durekovic's family hopes to finally learn what really happened more than 30 years ago.

"We want to know the truth. We want to know who is responsible for the murder, and we want him to be punished. And not only the one who committed the murder, but also those who gave the order," said Sinisa Pavlovic , the family's attorney. It may be an old case, said Pavlovic, but he believes that even after three decades it could still be wrapped up. "If anyone can do it, it's the German judiciary."

Proof of that is the 2008 ruling in the case of Krunoslav Prates, another Croatian emigrant. He was sentenced to life imprisonment for his involvement in the Durekovic murder, and is currently serving his time in a Bavarian prison.

Just why successive Croatian governments have refused to hand over Mustac and Perkovic to the German authorities has still not been made clear. According to Croatian journalist Ivica Dikic, various rumors have been circulating. What remains undisputed, however, is that the two men played important roles in the early years of Croatian independence.

"When Yugoslavia disintegrated, Mustac was head of the Yugoslav secret service. He had all the information, power and influence, and he likely controlled numerous important documents," said Dikic. The same applies to Perkovic.

In addition, the two men were not only important figures in the establishment of the new Croatian secret service, but they also helped to arm Croatia at the beginning of the war, said Dikic. At that time there was an embargo on the supply of arms to Croatia, and a lot of money flowed through secret channels to procure illegal weapons on the black market. "Mustac was at the top, he made the decisions, and Perkovic was entrusted with the operational tasks," said Dikic.

But now that the two former intelligence officials have been sent to Germany, many Croatians are hoping to finally start a new chapter in their country's relatively young history. But the EU's youngest member state has yet to implement reforms in its public sector.

And unlike in the Perkovic case, which attracted plenty of media attention, Mustac's extradition went relatively unnoticed, both in Germany and in Croatia. On Croatia's main news program, the Mustac story was overshadowed by a number of other issues, first appearing a long 13 minutes into the show.