An earthquake forced people out of their homes in central Croatia and damaged hundreds of buildings across the country. The tremors triggered car alarms in the capital of Zagreb. 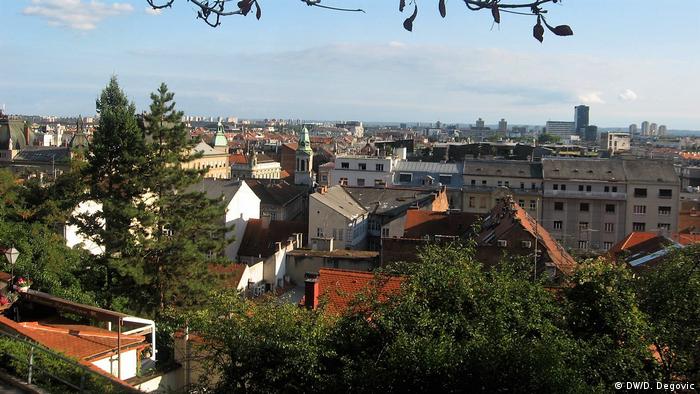 The earthquake struck some 50 kilometers outside of capital cit Zagreb

The epicenter was near the towns of Petrinja and Sisak, around 50 kilometers (31 miles) southeast of the capital Zagreb.

The mayor of Petrinja, Darinko Dumbovic, told regional broadcaster N1 that "people are on the streets, there is panic. There are badly damaged buildings, so the citizens are afraid to go back inside," adding that the town hall was damaged.

The earthquake also woke up residents in Zagreb, triggering car alarms in the capital city and prompting many locals to leave their homes.

Structural engineer Branko Zlonoga told N1 that 500 buildings in the area were reported damaged. After a preliminary inspection of downtown Sisak, he warned that at least one structure suffered extensive damage and several others were of "questionable stability," but added that the city center "did alright, generally speaking."

"The problem here is that chimneys have been damaged, just like in Zagreb," the engineer said. "This is the biggest danger for the citizens and something that needs to be amended urgently."

"We are following the situation closely and stand ready to help," she wrote on Twitter.

Plenkovic visited the area Monday to show "support for the citizens," alongside President Zoran Milanovic.

This is the second earthquake to have struck Croatia this year. In March, an earthquake of magnitude 5.3 hit Zagreb causing one death and injuring 27 people.

"This year is ending the way it started," Plenkovic said on Monday, promising state help for the quake-hit regions.

With the onset of winter, many Balkan cities, such as Belgrade, Sarajevo and Zagreb, become enveloped in a thick cloud of smog. But instead of tackling the problem, politicians are playing it down.