A strong earthquake has hit the Croatian capital Zagreb, causing considerable damage amid the coronavirus emergency. A 15-year-old girl is in a critical condition and other injuries have been reported. 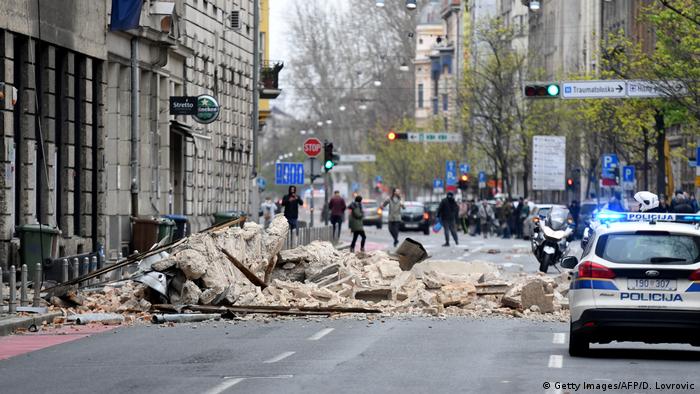 Local media reported that a 15-year-old girl was fighting for her life after being crushed by a collapsed building. Initial reports suggested the youngster had been killed. Several other people have been injured.

The GFZ German Research Center for Geosciences said the quake struck at a depth of 10 kilometers (6 miles). 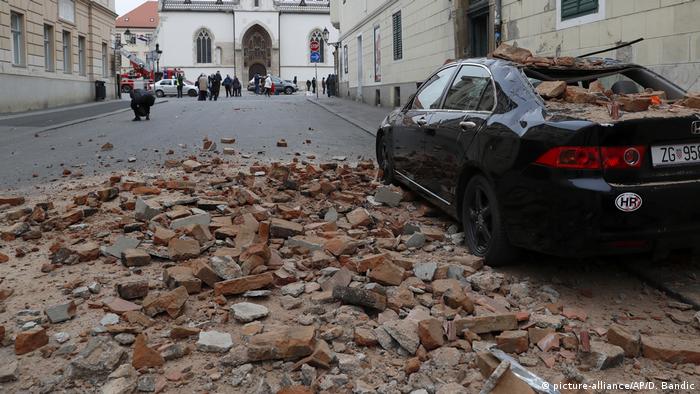 "It lasted over 10 seconds. By far the strongest I have ever felt," one witness told the AFP news agency.

Croatian media said the quake and aftershocks have caused considerable damage to the city, including one of the two spires of the iconic Zagreb cathedral. The cathedral was rebuilt after it toppled in the 1880 earthquake.

Many buildings cracked and walls and rooftops were damaged. Concrete slabs fell on cars and chimneys landed in front of entrances. Several fires were also reported.

The quake happened just as Croatia's government and health service are dealing with the coronavirus emergency. The capital is in a state of partial lockdown and residents have been ordered to avoid public areas, such as parks and public squares. But they had no choice but to leave their homes when the quake struck. 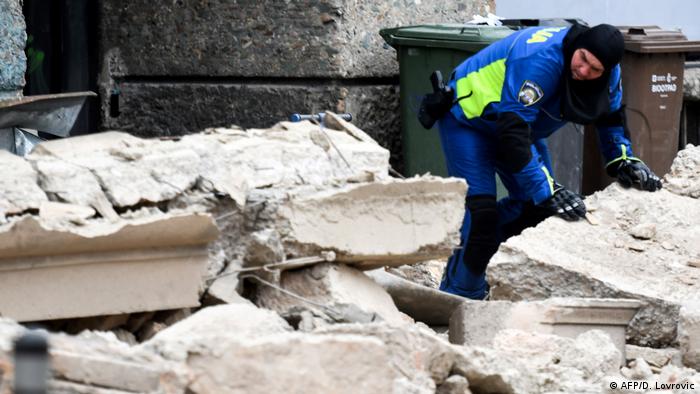 A police officer in Zagreb moving rubble after the quake

Interior Minister Davor Bozinovic said the situation was complicated by the restrictive virus-related measures in place.

A man who shot three men whom he believed were drug dealers to death has become something of a folk hero in Croatia. That says more about the government's priorities than the man or the people who are celebrating him. (23.01.2020)

On Wednesday, Croatia assumes the six-month rotating presidency of the EU Council. With countries wanting both in and out of the bloc, what can the EU’s youngest member do? (01.01.2020)

Croatia willing to introduce the euro by 2024