Ahead of a stop at Cologne literary festival LitCologne, best-selling Scottish crime novelist Ian Rankin spoke with DW about crime writing versus literary writing - and why they're not so different after all. 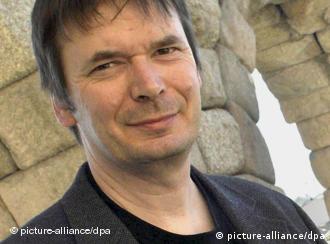 Rankin: 'Crime writers are the kids from the wrong side of the tracks'

Ian Rankin - known mostly for his highly praised Inspector Rebus series - told DW that he sometimes feels "like a character in a novel" on the literary circuit, jet-setting around the world and rubbing shoulders with a host of well-known novelists. That prompted a discussion about the role of the crime novel in literature - and why Rankin finds detective novels a good lens through which to examine life.

Deutsche Welle: Do you find the encounters with other authors at literary festivals to be stimulating?

Ian Rankin: No. More than that, there's a lot of bitching and backbiting, I'd say. Writers, by their very nature, are solitary creatures who don't like competition. So when you put us up against other writers - whether it's in a bar or on a panel - this competitive edge comes into it.

I'm quite lucky because I am a crime writer and not a literary novelist. Crime writers tend to stick together; we're the kids from the wrong side of the tracks. We're the non-literary brigade. You don't want us in your literary club, so we'll make our own club, and we'll help each other out as much as we can.

It's only recently that literary festivals per se have genre writers in them, whether it be crime, science fiction or historical. It is quite refreshing.

I heard that you used to go into bookshops and move your books out of the crime section into the literary section. In Germany, this separation between crime fiction and the rest of literature doesn't exist. Can you explain the snobbishness about crime fiction in the English speaking world?

Yeah, but it would take me all day to explain it in depth … When crime fiction started in England it was very much seen as being literature. [Charles] Dickens used elements of the crime novel in "Bleak House." His very good friend Wilkie Collins basically invented the English crime novel with "The Moonstone."

But then writers started to use amateur detectives, and started to have very outlandish plots, and to have lots of fun with obscure poisons and such. And suddenly it drifted away from the realm of literature. 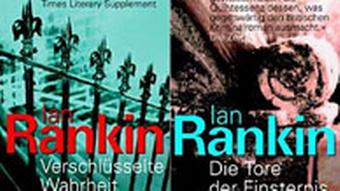 And that bothered you?

It was a problem for me in the early days, but only because I studied literature at university. I was doing a PhD in literature when I started writing my first Rebus novel. I wasn't that fond of crime fiction. I just happened to think a detective was a good way of looking at society, and of exploring a city.

So when the first book was published and it went in the crime shelves, I went, "What the hell is this?" and I moved it to the literature section. I wanted it beside the people I was studying - Sir Walter Scott, Robert Louis Stevenson, Muriel Spark.

But then I started to read crime fiction, and I liked it. (…) Everything I wanted to say about the world, I could say within the crime format. So I thought, "Why the hell not?"

Do you think there is some professional jealousy on behalf of literary writers over the fact that crime fiction is remarkably successful?

Without a doubt there is some jealousy over the sales. I mean, [crime fiction] is a popular genre. It sells by the millions. You only have to look at someone like Stieg Larsson to see somebody who everybody is reading, whether they are professors or whether they work in factories. It's a phenomenon.

But the best crime fiction today is actually talking to us about the same things big literary novels are talking about. They are talking about moral questions, taking ordinary people and putting them in extraordinary situations, and saying to the reader, "How would you cope in this situation?" Or saying, "How would you feel about living in a world in which this these crimes are allowed to happen?"

Plagiarism debate irks authors who claim everything is derivative

In literature, borrowing is nothing new. The debate on plagiarism in Germany - sparked by lifted passages in a teenager's new novel - has annoyed authors. One even pulled a public prank to reveal the absurdity of it all. (24.02.2010)