In a surprise move, Ethiopia's government announced it would give up ownership of some state-owned companies, respect a decades-old peace deal with Eritrea and free prisoners. But what's the catch? 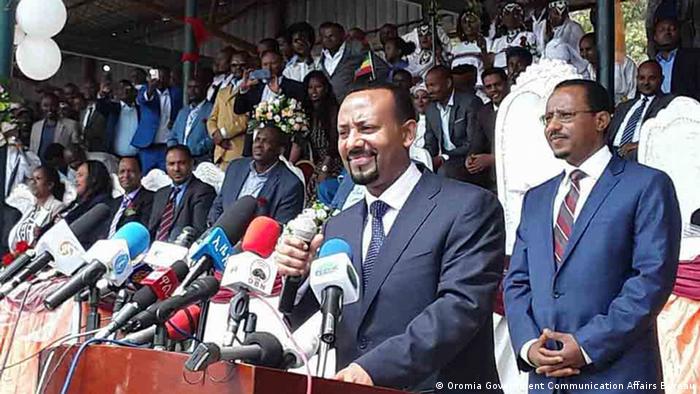 "The people have the full right to criticize its servants, to elect them, and to interrogate them. Government is a servant of the people," Abiy said in his inaugural speech in early April.

The 42-year-old is keeping Africa's second most populous country buzzing.

Parliament kicked off a day by lifting a state of emergency imposed in response to protests. By nightfall there was bigger news: the prospect of peace with neighboring Eritrea after nearly two decades of border skirmishes and a two-year war.

Almost as an afterthought came word that Ethiopia, one of the world's fastest-growing economies, was opening state-owned enterprises in aviation, telecommunications and more to part or full privatization.

That opens the door for foreign investors to buy stakes in the successful Ethiopian Airlines and Africa's largest telecom company by subscribers, Ethio Telecom.

Abiy was dubbed "Prime Minister Bolt" for the sprinter-like pace of reforms. Some Ethiopians say it's hardly possible to comprehend a single day's events.

"Now I need to take an umbrella when I get into a shower so that I can grab my phone and follow these rounds of breaking news items," one Ethiopian, Firew Megersa, joked on Facebook.

Abiy, a former intelligence officer, took up his position in April after three years of protests that had threatened the Ethiopian People's Revolutionary Democratic Front (EPRDF) coalition's hold on power.

But a party in the ruling coalition is calling for an emergency meeting, saying the dramatic reforms were decided on without full consultations. The statement by the Tigrayan People's Liberation Front (TPLF) appears to be the biggest challenge so far for Ahmed. 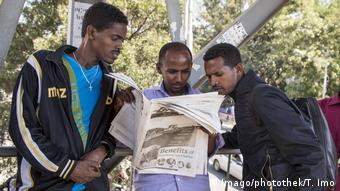 Ethiopians are shocked by the sweeping new changes in their country

But a shortage of foreign currency in the country is threatening the sustainability of sectors that highly depend on importation.

"A number of structural and institutional reforms in the financial sector would be crucial to eliminate the forex shortage that the country is facing," Nora Dihel, a senior economist with the World Bank told DW.

The World Bank urged Addis Ababa to make good regulatory frameworks if it is to reap the economic growth from its privatization. "Related to that, an improvement of competitiveness in general will also increase exports which will contribute to an increase of foreign exchange inflows in the country," Dihel said.

The United Arab Emirates pledged a total of $3 billion (€2.58 billion) in aid and investments.

The government says it needs more than $13 billion over the coming two years for oil importation, private investment, upgrading of existing projects and for repayment of external debt.

Addis devalued its currency in October 2017 by 15 percent to boost its shrinking exports and increase foreign currency. But it is yet to bear results. 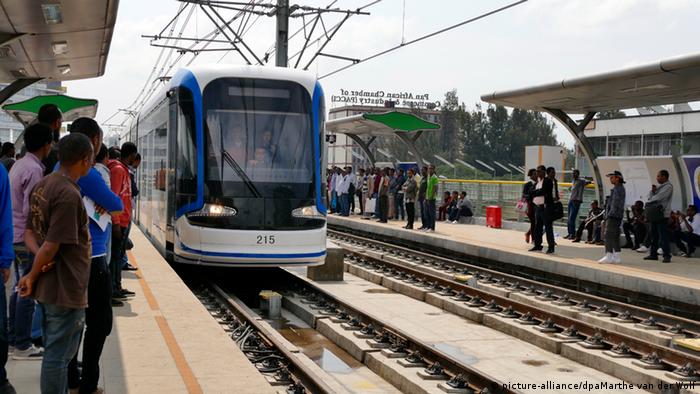 Ethiopia's economic growth has been slowed down by the credit crunch

"There are challenges in facilitating logistics, so that may take some time so for export to react to the price incentive," said Zerihun Getachew, research analyst for the World Bank in Ethiopia.

"Some of the major export items, for instance coffee and oil seeds, are not expected to quickly react to the price incentive," he added.

South Africa's MTN and Vodafone expressed interest to buy into the state owned company. The government says foreign investors will be given priority for faster inflow of foreign currency.

Coletta Wanjohi in Addis Ababa contributed to this report.