Creating designer organisms by synthesizing a genome from scratch

Researchers have rebuilt a yeast chromosome, deleting superfluous genetic material not needed for survival. Such designer organisms could be the future of biotechnology. Are designer humans next? 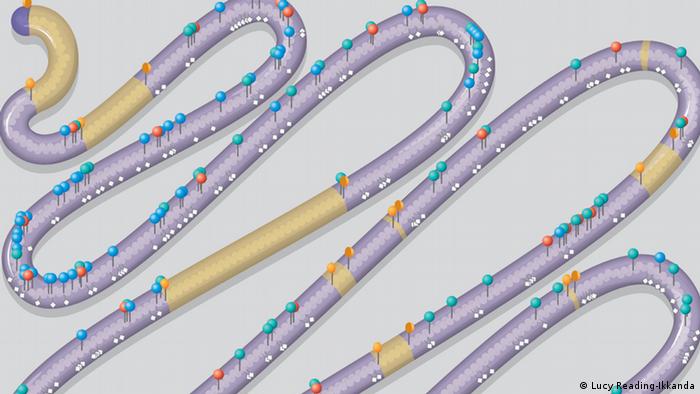 Twelve years ago, researchers created the first ever synthetic virus. About five years later, they rebuilt the complete genome of a bacterium. Now synthetic biologists have gone a step further.

Jef Boeke and his team at the New York University Langone Medical Center have synthesized one of the 16 chromosomes of a yeast cell.

Yeast is a microorganism that consists of one single cell. As with human and animal cells, yeast cells are eukaryotes - they have a cell nucleus. This makes them distinct from bacteria and viruses.

Like all living things on our planet, the yeast genome and its chromosomes consist of DNA. Machines can synthesize DNA chemically but only in tiny parts of about 2000 units called "base pairs." The chromosome of a yeast cell, though, consists of more than 300,000 base pairs.

"Putting them all together is a challenge," says Torsten Waldminghaus, a synthetic biologists at the University of Marburg. "It takes lots of people and many years."

For the study, Boeke got help from young academics: more than 60 undergraduate students were involved in the project.

And fortunately, yeast cells make things quite easy for synthetic biologists. If they feed them matching DNA pieces, the yeast cells will start to solve the puzzle and put the pieces together, incorporating them into their own genome, Waldminghaus explains.

This way, Boeke and his team replaced the native yeast chromosome bit by bit with synthetic pieces, until the chromosome was completely rebuilt.

Keep the best, discard the rest

But why would researchers want to synthesize a chromosome? 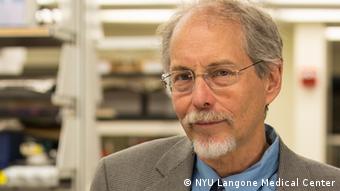 "It gives us a more systematic understanding of what all the genes are doing," Boeke says, "how they work together to produce the behaviors of a yeast cell, to grow at a certain rate, or to produce alcohol from sugar."

But it's more than that.

Yeast cells are very important tools in the biotechnological industry.

But the microorganisms also produce bioethanol and medicines, such as artemisinine, a drug to treat malaria.

"We need organisms which produce products as cheap as possible," Torsten Waldminghaus says. "And that is much easier with simplified organisms that only carry the genetic material which they really need for survival."

Scientists can then add the genes they need to produce their desired product.

"We call these simplified cells chassis organisms," says Waldminghaus, comparing the scientists' approach to that of building a car. A chassis is the internal framework of a car - just its frame and wheels. "You can add things and thus build your car just the way you would like it to be. But if you already have a [fully built] Porsche, it is much more difficult to get things changed."

Throwing out the junk

"When you change the genome, you're gambling. One wrong change can kill the cell," Boeke says.

But even though his team deleted about one sixth of all base pairs of the yeast's chromosome, the cells remained functional and "very yeast-like". They continued to grow, converting sugar into alcohol, and reproducing.

"[These DNA sequences] seem to be there just to make more copies of themselves and are thought of by many of us as genome parasites," says Boeke. "[By eliminating them] we think we would end up with a genome that is much more stable and reliable."

Yeast cells may need many deleted sequences to adapt to changing environments in the wild - but not in the lab, says Boeke. 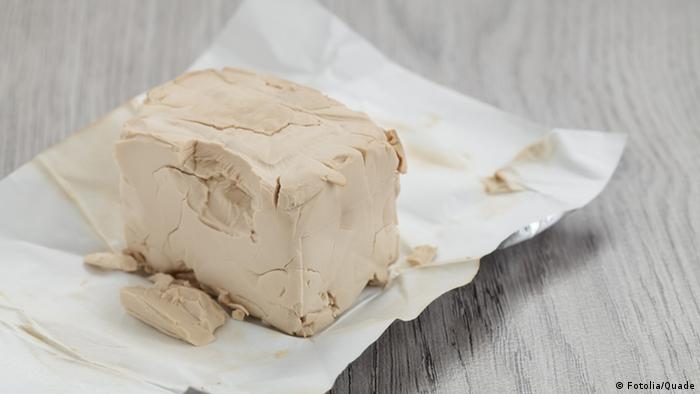 Humans and yeast: more biologically related than you might think

Humans and yeast are biologically more related than humans and bacteria. But that doesn't mean that researchers will now be able to create a human chromosome from scratch.

"The human genome is much bigger," Waldminghaus says. It has over three billion base pairs.

Human chromosomes are much harder to rebuild because human cells don't make things as easy for scientists - as yeast cells do - by putting appropriate DNA pieces together.

"You would maybe have to have yeast cells put the chromosome together - that is, if it fit into the yeast cells in the first place," Waldminghaus says. "Then you might be able to transfer it to a human cell. But that is really nothing more than science fiction at the moment."

Waldminghaus says he believes there is no reason for scientists to create a human chromosome.

"Of course, we want to optimize yeast and bacteria, so that they produce much desired products for us. But would we really want to optimize human beings? I don't think anybody would want that."

Scientists have produced the most detailed genetic map of barley to date, bringing them closer to final genome sequencing. It could help address global food security - and lead to better beer. (18.10.2012)

Fill the tank - with biogas from food waste

Leftover fruit and vegetables from markets don’t always have to end up on the compost heap. Researchers in Stuttgart are developing a new system aims to turn that waste into biogas for cars. (30.03.2012)

US scientists have created a cell controlled by a synthetic genome. They say the method will help them investigate how life works and can be used to create bacteria that can produce biofuels and clean the environment. (21.05.2010)