COVID: Vaccinated people in Germany may get more rights | Germany | News and in-depth reporting from Berlin and beyond | DW | 09.08.2021

COVID: Vaccinated people in Germany may get more rights

Soon, a trip to the movies, the theater or a restaurant may require proof of vaccination. At least that’s what German Health Minister Jens Spahn wants, but not everyone agrees. 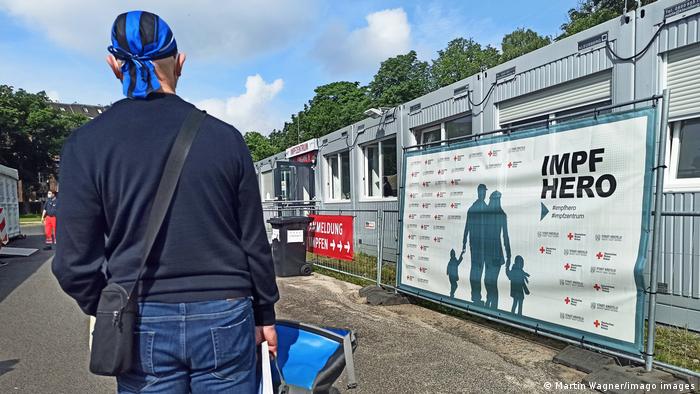 "Masks and tests alone have to make it possible to do essential things, like ride public transport, or visit the hospital or town hall," Spahn told Münchener Merkur newspaper. "But for discos, stadiums or theaters, which aren't essential, I can only imagine needing to be vaccinated or tested to get in."

Braun made similar comments a week earlier, should the pandemic worsen.

Tuesday will see another high-level meeting to debate such proposals. And with less than two months to go until a general election, politicians from all political parties are keen to make their voices heard.

Criticism from many corners

Wolfgang Kubicki, a senior member of the opposition party, Free Democrats (FDP), accused the current coalition government of CDU and Social Democrats (SPD) of breaking its promise against making vaccination mandatory. Spahn's plans, he said, would be exactly that by other means.

The SPD, though they govern with Merkel's conservatives at the federal level, are also skeptical of the plan to privilege the vaccinated over the non-vaccinated. Justice Minister Christine Lambrecht and some state-level SPD officials have expressed their discomfort, as the party campaigns ahead of September's vote that will likely end their coalition with conservatives. Lambrecht added, however, that while she did not want to see unequal treatment in the law, private venues can make their own decisions.

It is unclear what exactly would require vaccination if the plan actually came into force.

Andreas Bovenschulte, the SPD mayor of the northern German city of Bremen, told the public broadcaster, ARD, that it would be difficult to distinguish one aspect of public life from another: Would there be a difference in regulations for prayer services and fitness studios, for example? People should be convinced and persuaded by strong arguments, not more pressure, to get vaccinated, he said. 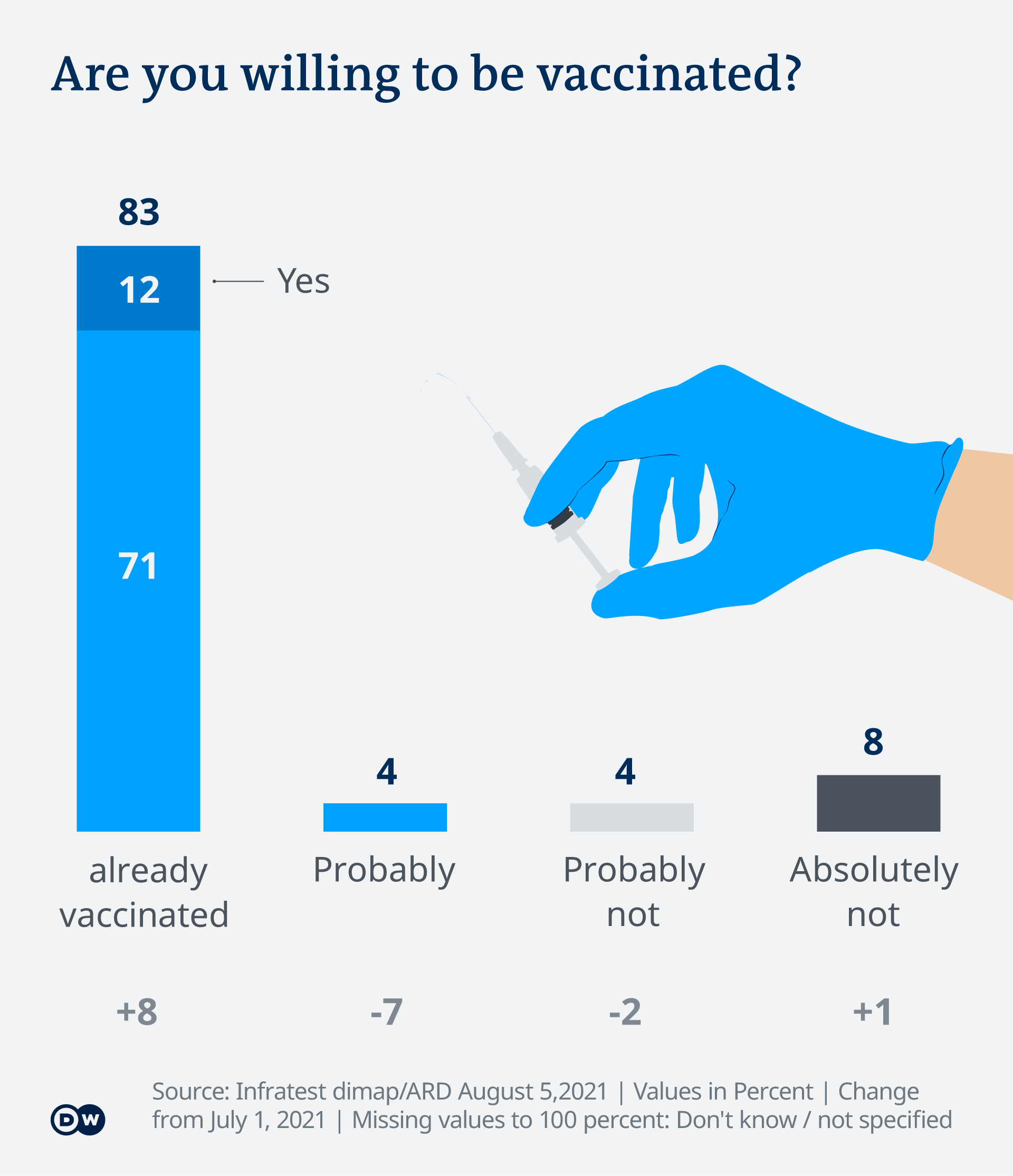 A small part of the German population refuses to get vaccinated

"Those who want to exercise their right to be unreasonable have to take into account that others will want to be protected from them," Wolfram Henn, a member of Germany's ethics council, told public broadcaster, Bayern 2. A thumbs up from ethicists would be a win for Spahn's plan.

Most Germans appear to agree with that sentiment. In a recent Civey survey, more than 72% of respondents said they supported giving vaccinated people more rights than those who forego their shots.

Spahn also wants unvaccinated people to start paying for tests, which German taxpayers have been covering for most of this year. If he gets his way, that would come into effect by the middle of October, by which point the government expects everyone who wants a shot can get one.

This proposal has been met with less resistance than privileging vaccinated people. Olaf Scholz, the SPD's chancellor candidate, supports it, making exceptions only for those who can't get a shot on medical grounds, or minors who may not yet be eligible for or able to get the vaccine.

There may be an epidemiological argument for keeping tests free, Janosch Dahmen, a medical doctor and Greens member of parliament, told ARD. "We learned in the third wave how important tests are,” he said. Charging for tests would not only be "unfair,” he said, but "we will again be flying blind through the pandemic, and we want to avoid that at all costs.”

Tests have cost the government 3.7 billion euros ($4.4 billion) so far, according to the Health Ministry. These issues are likely to be discussed on Tuesday, when Merkel meets with her state-level counterparts.

Germany's public health body, the Robert Koch Institute, found that vaccines have a high level of effectiveness against the virus. German politicians are debating the best way to ramp up vaccinations in the country.