COVID: Losing your sense of smell, and how to get it back

Not being able to smell properly is one of the most common symptoms of COVID-19. Many who don't recover often suffer psychological consequences. But there is now reason for hope. 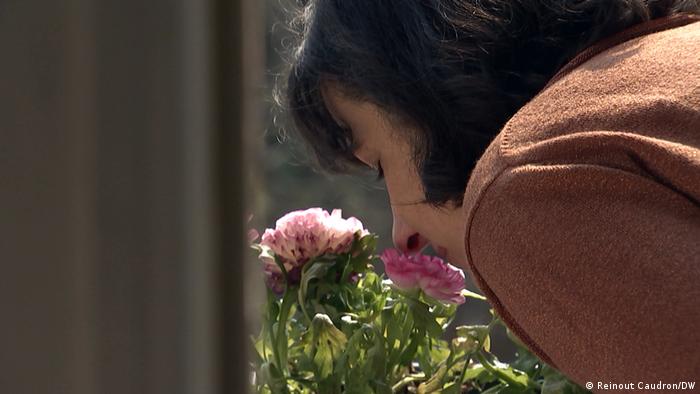 At first she didn't notice anything. But after a couple of days it dawned on Anne-Sophie Leurquin that something big was missing in her life.

Her morning coffee no longer smelled like roasted beans, her soap no longer had that scent of lavender and roses and the basil on top of the refrigerator had none of its usual freshness. What was left was a dull kind of nothing.

When she tested positive for COVID-19 October of last year, the Belgian Luerquin felt, as she put it, infinitely tired. And all of a sudden her sense of smell was gone. Completely gone. "Sometimes I think I'm suffering from some kind of depression," she told DW almost six months later in her Brussels apartment.

Some smells came back after a while but many of them seemed distorted. The technical term for this is parosmia, which is an inability to detect smells correctly, as opposed to anosmia, which is tantamount to something known as smell blindness. 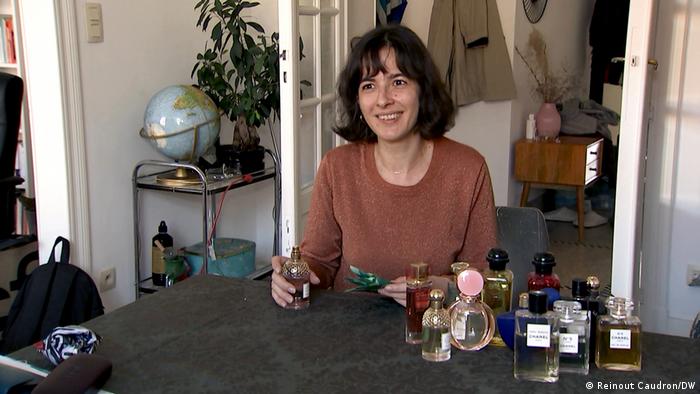 Her rose perfume started to stink

Leurquin was forced to rid her environment of all of its scents. Scents, that she, just a few months earlier, had loved, now smelled strange. Her boyfriend's cologne, her red lipstick, her scented candles and personal assortment of perfumes…they all had to go. What was once appealing and inviting morphed into a scent that, well, stunk, "like a diaper," as she put it. "A little bit good but a used diaper nevertheless." This was now the scent of one of her favorite rose perfumes.

Disorders related to the sense of smell are among the most common symptoms of COVID-19, even if studies have different findings about exactly how many people are actually affected. Nor is there currently any agreement among researchers about the causes of the disorder.

Caroline Huart is an ear, nose and throat specialist at the Saint-Luc University Hospital in Brussels and is the doctor currently treating Leurquin. She has two explanations for her patient's condition: Studies have shown that the virus affects cells that surround the olfactory neurons in the nose.

The other hypothesis is that "olfactory neurons themselves are being attacked by the virus." In this way, SARS-CoV-2 could penetrate directly into the olfactory bulb, which is the mediator between the nose and the brain.

Cut off from memories

Jean-Michel Maillard understands what people like Anne-Sophie Leurquin are going through. After falling and hitting the back of his head more than five years ago, the Frenchman completely lost his sense of smell.

The smell of his sons and that of his wife are what he misses most. "All of the smells that give one the feeling of being alive" is how he expressed it. The sense of loss stretches to all of the memories that he associates with certain smells: His grandmother's laundry room that transported him back to his elementary school. Or to his experiences with his father. He said he feels "cut off" from all of these experiences.

Maillard used to be a passionate cook and this is something he's unwilling to throw away just yet, despite his limitations. The food he cooks tastes rather bland these days, as millions of olfactory cells in the nose determine the sense of taste. He has to get by with sweet and sour tastes and he points to a bowl filled to the brim with bright blue candy hearts in the kitchen of his house in Normandy. Candy, he said, is now his guilty pleasure. 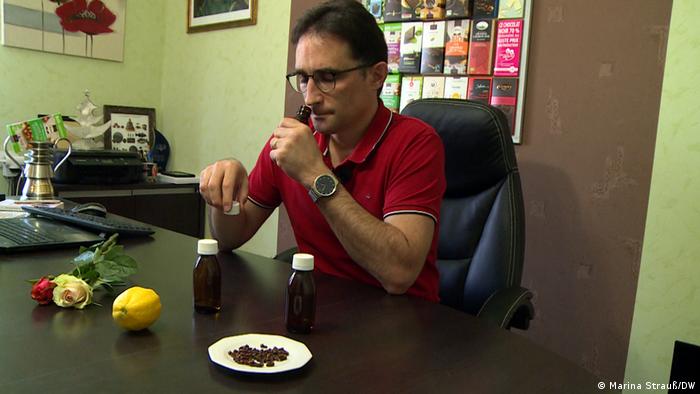 Anger turns into an idea

Following his accident, Maillard was one thing above all else: angry because no one could help him. After going from one doctor to the next, his anger eventually turned to sadness, which later turned into an idea. He stumbled across researchers who offered him - and an estimated 5% of the French population who also suffer from an impaired sense of smell - a ray of hope: odor concentrates and smell-training.

Maillard decided to give it a try and started to train his nose. Or actually retrain it: with coffee beans, roses, lemons and eucalyptus. He can now detect a very slight note once again when he drinks his morning coffee and understands that even with this training he's only able to smell a tiny fraction of what healthy people can smell. His sense of smell was too badly damaged by his accident to get better results.

But this isn't stopping him. Despite this, he founded the organization Anosmie.org three and a half years ago to help fellow sufferers and people with an intact sense of smell to discover how important and beautiful such a thing is. "Most people don't discover it until they've lost it," he said.

Aside from the pleasant scents, the lack of a sense of smell means that he is also unable to smell his own body odor, or smells that signal danger, like smoke.

Loss of taste after COVID-19

Even though Maillard hopes that the pandemic will be over soon, he appreciates the fact that more attention is being directed at the subject of smell and taste, which he sees as a godsend for himself and others who have been affected. No one in the past, he said, was really interested in their suffering, or even took it seriously. For more than a year now, he's been sitting in front of his computer every night, and a few hours over the weekend, trying to motivate people who've lost their sense of smell due to COVID-19, to give smell training a chance.

In Brussels, Anne-Sophie Leurquin is also training her nose, together with her doctor, who says that studies have shown that people are getting positive results within a few months. Patients like Leurquin smell individual odors twice a day, and with their eyes closed.

There is another glimmer of hope because olfactory cells are able to renew themselves regularly. Leurquin is afraid she'll never be able to smell again. But the chance that there's at least some chance of improvement gives her reason to at least hope.

The dogs were trained at the Hanover University of Veterinary Medicine and may help prevent the illness from spreading in large crowds. Dogs have already been put to work at airports and sport arenas around the world.