The German military will send health workers and equipment to Portugal to support the country's overstretched medical system. Portugal's available ICU beds are running out following a surge in COVID cases. 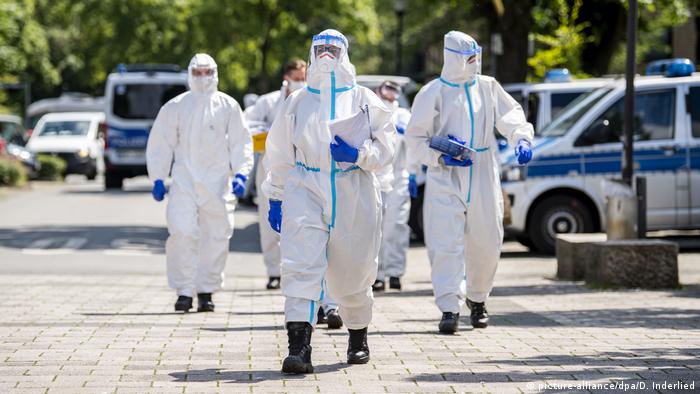 Already around 3,000 defence department staff have been immunized, including soldiers assisting in high-risk locations

Germany's military is preparing to deploy medical personnel and equipment to Portugal as the country struggles to cope with a surge in coronavirus cases, the defense ministry in Berlin announced on Sunday.

Portugal asked the German government for help because of a lack of available hospital intensive care unit beds. Lisbon declared on Saturday that only seven of 850 ICU beds set up for COVID-19 cases on mainland Portugal were vacant.

An operation will be launched "as soon as possible," a spokesman from the German armed forces told DW News.

Any personnel who are sent will be first immunized against COVID-19. "We don't send our personnel unprotected," the spokesman added.

Portugal, which has recorded 711,018 coronavirus cases with 12,179 deaths, has the world's highest seven-day rolling average of cases and deaths per capita, according to data tracker Our World in Data.

A team of medical experts from Germany has recently returned from Portugal where it evaluated the country's COVID situation.

The armed forces are now in talks over when and how to send medical aid to Portugal. The Bundeswehr is likely to dispatch equipment including ventilators, intravenous infusion systems, medication and protective clothing.

It will also take into account the resources needed in Germany where already around 17,000 air force personnel are assisting in the pandemic response.

Germany has already immunized around 3,000 defense personnel assisting in high-risk locations. In the first phase of the pandemic, Germany airlifted patients from northern Italy and dispatched medical teams to the Czech Republic.

The Austrian government on Sunday also offered to take in severely ill COVID-19 patients from Portugal.

Chancellor Sebastian Kurz said that the number of patients to be flown to Austria will be confirmed with the Portuguese Health Ministry.

"It is an imperative of European solidarity to help to save human lives quickly and unbureaucratically," Kurz said.

Austria had already taken in intensive care patients from France, Italy and Montenegro.