Health Minister Karl Lauterbach said three COVID-19 jabs could be enough for "any vaccine mandate" in Germany. Meanwhile, thousands took to the streets to protest coronavirus restrictions in Europe. DW has the latest. 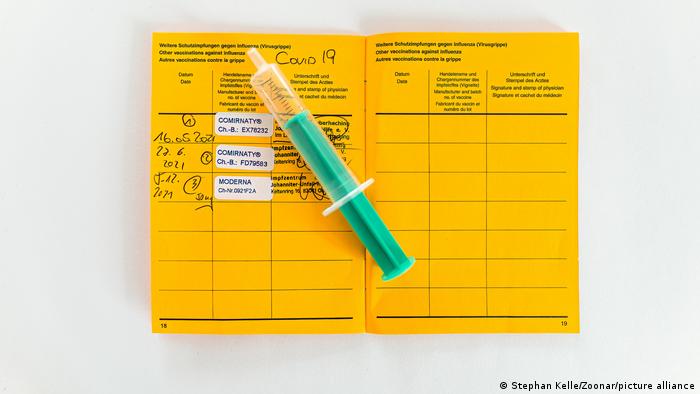 "Anyone who has had three vaccinations with mRNA vaccines or a similarly effective vaccine today or in the future has a good basic immunization. So today's triple vaccination would be enough for any vaccine mandate," he said.

Earlier in the week,  Lauterbach — a trained epidemiologist — predicted hundreds of thousands of new coronavirus infections per day by mid-February.

He also reiterated his call for a general vaccine mandate.

More than 50% of Germans, 41.7 million people in the country of some 82 million, have received a booster vaccination.

Over 75% of the population have received at least one dose, and the federal government wants to raise that number to 80% of by the end of January.

Thousands of people protested in several European capitals against vaccine passports and other COVID-19 restrictions imposed on people holding out against vaccinations.

About 3,000 demonstrators marched through the streets of central Stockholm. Sweden requires vaccine certificates from anyone wanting to attend indoor events.

In neighboring Finland, about 4,000 demonstrators protested in Helsinki against restrictions, including the right of restaurants and event organizers to require vaccine passports.

In the UK, the daily infection rate dropped to 76,807 on Saturday from 95,787 on Friday. Thousands of people opposed to vaccinations protested in London outside the BBC and later marched to Downing Street. 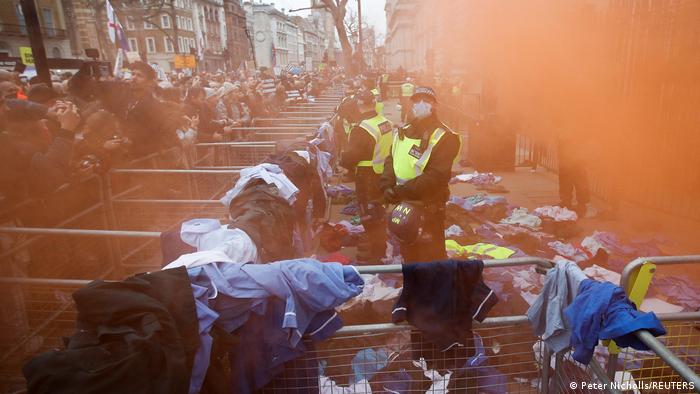 There were also small-scale demonstrations all over France just two days before tighter COVID-19 restrictions are expected to come into force. The country is set to introduce a new vaccine health passport on Monday. The move would exclude unvaccinated people from restaurants, sports arenas, and other venues.

Opponents of the policy say the reinforced measures will impinge upon daily "freedoms" and railed against what they dubbed a form of social "apartheid."

The country is experiencing a fifth wave, and health authorities fear that it will peak at about 140,000 daily infections.

The country of about 38 million people has one of the world's highest COVID-19 death rates per capita, having recorded 103,819 deaths so far.

An outbreak of COVID-19 has hit the Comoros team at the Africa Cup of Nations. A total of 12 cases have been detected in their camp.

The island nation's team is scheduled to take on hosts Cameroon in the last-16 round on Monday.

Pfizer's CEO Albert Bourla said the drugmaker could seek approval for a redesigned vaccine to fight omicron, and mass produce it, as soon as March.

Lam also defended a decision by authorities to cull thousands of hamsters.

A spate of Delta cases had been linked to a pet shop worker at a store where 11 hamsters also tested positive for COVID-19.

"I understand that pet owners are unhappy. ... The biggest public interest is to control the pandemic," Lam said.

Hong Kong, like mainland China, pursues a "zero-Covid" strategy to eliminate the disease.