COVID-19: North Korea's withdrawal from international sport a lost opportunity to engage with the world

It's unclear if COVID was the main reason North Korea withdrew from the Olympics and the World Cup. What is clear is that, without sport, Pyongyang has lost the most visible vehicle with which to engage with the world. 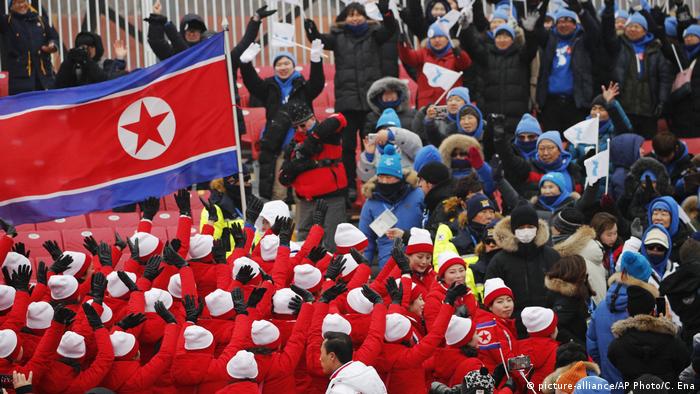 North Korea may be known as an isolationist state but it has a long history of engaging with the international community on the sporting field. The country's men's football team was the first from Asia to make an impact at the men's World Cup, reaching the quarterfinals in 1966. At the 2016 Rio Olympics, its athletes won seven medals, including two golds. At the 2018 Asian Games, the total medal tally reached 37.

Just two years ago, in 2019, the sporting outlook seemed positive. The Olympics were to be held next door in Japan a year later, North Korea's qualifying campaign for the 2022 World Cup had started reasonably well, and the country's leading football club, April 25 SC, had reached the final of the AFC Cup, Asia's equivalent of UEFA's Europa League. Then came the onset of the COVID-19 pandemic, which resulted in much of the world closing borders and entering lockdowns.

The international community has since returned to the sporting arena but North Korea is still nowhere to be seen. In April, Pyongyang announced it was withdrawing from the Olympics, the only country in the world to do so. A similar decision was made the following month regarding the 2022 World Cup.

There was no other choice according to Japanese-born An Yong Hak, who played 40 games for the North Korean national team from 2002 to 2012.

"There is no coronavirus in North Korea, not one person has it, but there is no international travel so we can't go to other countries and play," An told DW. "It is frustrating for the players but they know the situation and why this is happening." 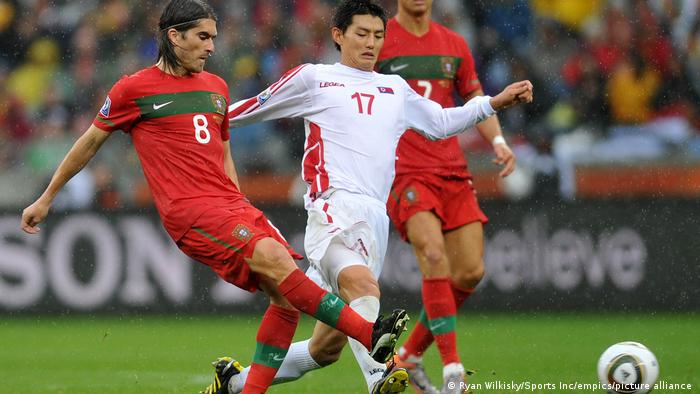 It is unclear whether there could be a political reason behind the withdrawals, just as it is hard to know how prevalent the virus actually is in the country.

"It is another North Korean mystery," Aidan Foster-Carter, Honorary Senior Research Fellow in Sociology and Modern Korea at Leeds University in England, told DW. "Most experts think there is some [virus present] but not a lot."

In July of this year, North Korea rejected a donation of nearly two million AstraZeneca vaccines and a month later, a rejection of almost three million Chinese-made vaccine Sinovac shots followed. On August 19, the World Health Organization said there were no cases in the country after testing over 37,000 people.

Could it be that Pyongyang's decision to pull out of the Olympics and World Cup qualifiers was simply due to concerns that athletes could return with infections?

"COVID is a valid concern; North Korea does not have the medical infrastructure or resources to handle an outbreak," Jean Lee, senior fellow at the Wilson Center in Washington and former head of Associated Press' Pyongyang Bureau, told DW.

"But I do suspect that the border closures are also about clamping down on the flow of information during a tenuous time politically by restricting travel across the border. The North Korean leadership may feel the time is not right politically to send its athletes abroad," added Lee, who spoke to DW prior to Pyongyang's latest missile test.

Any decision not to compete at the biggest sports events would not be taken lightly given the success that the country has had in the past. Hundreds of thousands of people took to the streets of Pyongyang in 2014 to welcome home the Under-16 football team that had won the Asian championship. Winning medals in Tokyo, the capital of its former colonizer, would also have been well received at home. 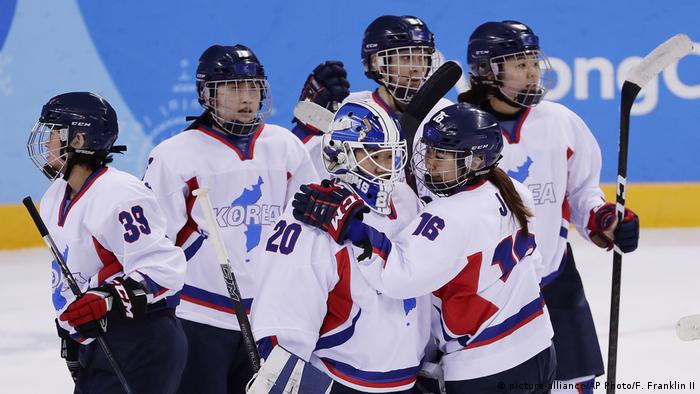 Pyongyang's decision to participate in the 2018 Winter Olympics in Pyeongchang, South Korea, was a propaganda triumph that was welcomed by the International Olympic Committee (IOC) as well as Seoul. The two Koreas, technically still at war since the 1950-53 Korean War ended in an armistice and not a peace treaty, marched together at the opening ceremony and competed in a joint women's ice hockey team. In 2018, IOC President Thomas Bach hailed inter-Korean cooperation at the Winter Games as a triumph for Olympic ideals.

However, there are consequences for withdrawing from such events that go beyond lost propoganda opportunities. North Korean football would have benefited financially from continuing in World Cup qualification, and the players would have surely benefited from the experience.

"It is hard to say if North Korea would have qualified for the World Cup," said An.

"Compared to before, there are a lot of good young players such as Han Kwang Song who now have international experience and have played in Europe. Of course, with coronavirus, this is more difficult at the moment, which is sad for the players but the future's still bright," he added.

Not only is a lack of international football likely to mean a drop in standards and revenue. It will also result in a drop in FIFA rankings, which are calculated monthly, and will mean a tougher route to qualifying for future World and Asian Cups.

After the glow from 2018, the IOC is annoyed at North Korea's decision not to go to Tokyo. In September, the IOC banned the country from participating in next year's Winter Olympics.

"They were violating the Olympic Charter and did not fulfil their obligation as stated in the Olympic charter to participate," Bach said.

It remains to be seen whether North Korea will participate in the 2024 games in Paris or when it will return to the international sporting fold in general.

Pyongyang's most visible engagement with the rest of the world has come in sports and now that North Korea is absent from that field, it is easy to make the argument that it has never been so isolated.