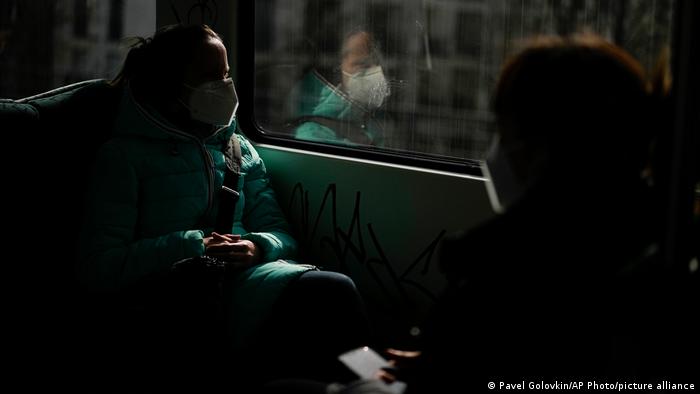 Germany appears to have reached the peak of its omicron wave, the country's disease control body, the Robert Koch Institute (RKI) said on Thursday.

"The peak of the wave has probably been reached, but the infection pressure remains very high with more than 1.5 million COVID-19 cases reported to the RKI within one week," the institute reported.

The more transmissible strain of omicron, BA.2, is now the dominant COVID-19 variant in Germany.

In the last week, it has risen from 73% of all new cases genetically sequenced to 81%, the RKI said.

What's behind vaccine skepticism in Germany?

At least 76% of Germany's population had been fully vaccinated, and 59% of people had already received a booster jab.

Germany plans to end mandatory quarantine for most people who catch COVID-19, the Health Ministry and the RKI proposed.

Reuters news agency reported it had seen the proposal to scrap existing rules that people with COVID-19 must quarantine for at least seven days.

Health Minister Karl Lauterbach wanted to change that to a voluntary five days of self-isolation with a test at the end.

The proposals would require authorities' approval in Germany's 16 federal states.

On Thursday, the country reported 274,901 new infections to take the total cases since the pandemic began beyond 21.1 million, with nearly 130,000 deaths.