The Council of Europe has accused Ankara of violating human rights by limiting free speech and influencing the judiciary. The human rights commissioner asked Erdogan's administration to lift the state of emergency. 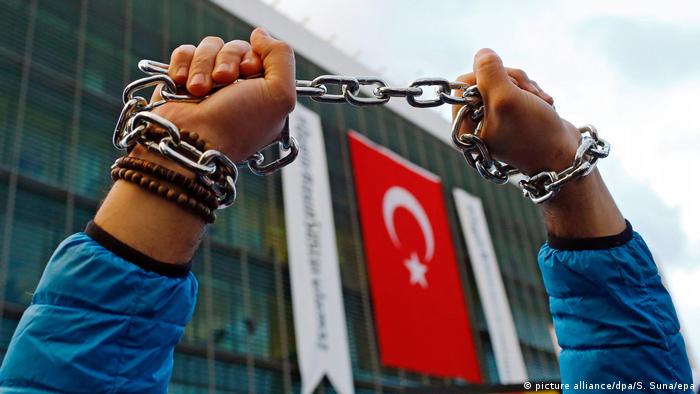 Nils Muiznieks, the human rights commissioner for the Council of Europe, on Wednesday called on Ankara to "urgently change course" by re-establishing judicial independence and securing citizens' right to free speech.

"The space for democratic debate in Turkey has shrunk alarmingly following increased judicial harassment of large strata of society, including journalists, members of parliament, academics and ordinary citizens, and government action which has reduced pluralism and led to self-censorship," Muiznieks said in a statement.

"An unprecedented infringement of media freedom"

Muiznieks urged Ankara to revoke the current state of emergency, saying that an attempted coup and terror threats could not justify "an unprecedented infringement of media freedom" or "a clear disavowal of rule of law and due process." The human rights commissioner's 25-page report was based on visits to Turkey in April and September 2016. 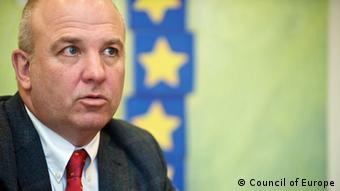 Turkish President Recep Tayyip Erdogan's government declared a state of emergency following an unsuccessful military coup in July 2016. The state of emergency has seen since been extended several times, in part because of a number of terror attacks carried out by the Islamic State group and Kurdish militants.

Critics have accused the Ankara administration of using the emergency powers to go after its political opponents. Roughly 41,000 people have been arrested and more 100,000 government employees have been fired since the state of emergency was first put in place. Many media companies and civil society groups have been closed down, and roughly 150 journalists and a dozen pro-Kurdish members of parliament have been sent to jail.

Muiznieks said the Turkish administration defined "terrorist propaganda" and "support to a terrorist organization" too broadly, including acts not meant to incite violence, which had put Ankara on what he called a "very dangerous path."

Turkey is a founding member of the Council of Europe, a 47-member body that promotes human rights and the rule of law and is separate from the European Union. Turkish officials accused Muiznieks of exceeding "the scope of his mandate". Ankara said all emergency measures were taken "within the limits of the rule of law and international obligations" and constantly being reviewed.

Erdogan's administration also rejected accusations that it limited press freedoms, arguing that all media outlets that were ceased had "links with terrorism and terror organizations" and that the journalists who have been imprisoned were "charged with serious crimes - such as being a member of, or supporting an illegal or armed terrorist organization."

Turkey defends purge of government officials to Council of Europe

At the Council of Europe (CoE) Turkey's foreign minister has defended his government's purge of public officials. Turkey has been accused of using July's coup attempt as a pretext for human rights abuses. (12.10.2016)

The European Parliament has issued a blistering report criticizing Turkey over democracy, human rights and military operations against Kurdish militants. Turkey has dismissed the accusations. (14.04.2016)