Could Turkey close the Bosporus to the Russian navy? | Europe | News and current affairs from around the continent | DW | 28.02.2022

Could Turkey close the Bosporus to the Russian navy?

Turkey can limit the crossing of Russian warships from the Mediterranean to the Black Sea through its straits under the Montreux Convention. Could it have an impact on Moscow's military agression against Ukraine? 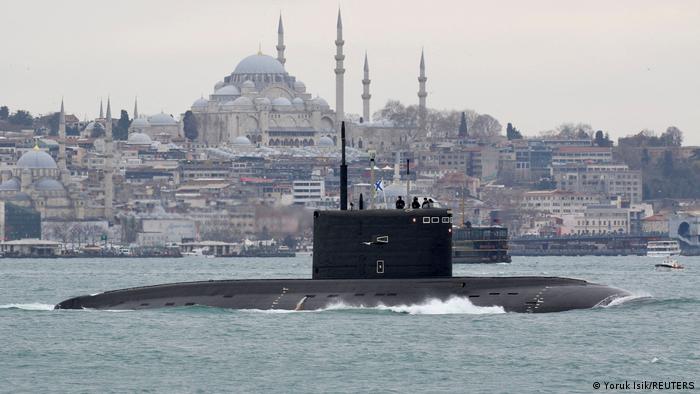 Turkey has implemented an international convention on naval passage through two of its strategic straits, which would allow it to limit the movement of Russian warships between the Mediterranean Sea and the Black Sea.

Turkey's Foreign Minister Mevlut Cavusoglu on Sunday had said that the situation in Ukraine had become a war, a declaration that authorizes Ankara to activate the Montreux Convention and ban Russian war vessels from entering the Black Sea through the Bosporus and Dardanelles straits.

"In the beginning, it was a Russian attack," Cavusoglu said in an interview with broadcaster CNN Turkish. "Now it has turned into a war."

After a Cabinet meeting Monday, Turkish President Recep Tayyip Erdogan announced the country will invoke the convention to control the passage of warships.

Kyiv had asked Ankara to close the Bosporus and Dardanelles straits to Russian ships the week before.

But what does the Montreux Convention entail and how could its implementation affect the war between Russia and Ukraine?

The only passage to the Black Sea

The Bosporus and Dardanelles straits, also known as the Turkish Straits or the Black Sea Straits, connect the Aegean Sea and the Black Sea via the Sea of Marmara. It is the only passage through which Black Sea ports can access the Mediterranean and beyond.

More than 3 million barrels of oil — about 3% of the daily global supply, mostly produced in Russia, Azerbaijan, and Kazakhstan — pass through this waterway every day. The route also ships large amounts of iron, steel, and agricultural products from the Black Sea coast to Europe and the rest of the world.

In the event of a war, the pact gives Ankara the right to regulate the transit of naval warships and to block the straits to warships belonging to the countries involved in the conflict.

Russia's location on the Black Sea complicates the situation.

Article 19 of the treaty contains an exception for the countries on the Black Sea that can effectively undermine Turkey’s power in blocking the Russian warships entering or exiting the Black Sea: "Vessels of war belonging to belligerent powers, whether they are Black Sea Powers or not, which have become separated from their bases, may return thereto," it says.

That means Turkey cannot prevent warships from returning to their original bases through the passage.

Cavusoglu raised this point in his interview with CNN. "If this warship is to go to the base in the country that is a party to the war, then this passage cannot be prevented," he said, adding that there should be no abuse and that "the ships returning to their bases should not be involved in a war after saying it will go back to the base."

The official assignment of a ship to a port determines whether it has the right to pass through the Straits or not. Such assignments, according to theInternational Maritime Organization , fall under the authority of the state that owns them. Therefore, another possible way for Russia to exploit the Montreux Convention, would be to reassign some of its vessels to the Black Sea. 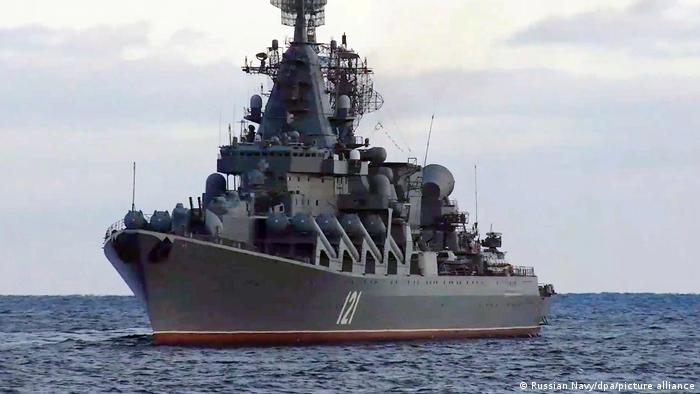 The extensive freedom that Russia enjoys due to its location on the Black Sea casts doubts on whether invoking the pact will have significant military consequences on the ongoing conflict. "This is mainly order-reinforcing; any military relevance will be minor & long-term," wrote Cornell Overfield, an analyst at the Center for Naval Analyses, in a thread of Tweets.

According to the treaty, vessels that Russia decides to bring into the Black Sea or take out, will have to remain there until the end of the war. In addition, "warships, including auxiliary vessels, not currently in the Black Sea and not traditionally based there, absolutely may not enter the Black Sea," Overfield wrote. "This might be irrelevant in the short term but could be big if the conflict drags on."

Sinan Ulgen, a former Turkish diplomat and researcher at the Carnegie Foundation in Europe, believes that invoking the treaty will make it more complicated for Russia to balance its military presence in the Black Sea and the East Mediterranean.

"Before Russia was able to flexibly use its Black Sea fleet naval assets including submarines," he wrote on Twitter. "Now not anymore. It has to choose which asset will be in the Black Sea and which one will remain in the  Mediterranean."

'Don't ask us for passage'

Before Ankara decided to invoke the pact, Russia had canceled its bid to send four of its warships through Turkish waters into the Black Sea at the request of Turkey, Cavusoglu revealed to broadcaster Haberturk late on Tuesday.

"Russia has said four of its ships would cross the straits on Feb 27-28, three of which are not registered to bases in the Black Sea," Cavusoglu said. "We told Russia not to send these ships and Russia said the vessels would not cross the straits."

Turkey is interpreting and implementing the Montreux Convention in a way that will prevent escalation, Erdogan's spokesman Ibrahim Kalin told broadcaster CNN Turk TV on Tuesday.

"We are urging all sides not to come with such demands. We are telling them not to start with something that will make the Black Sea part of this," he added. "While countries can ask us for passage, we do not prefer it."

Editor's note: This article was updated on March 2, 2022, to include news developments after the initial publication on February 28, 2022.

President Putin opened an arms expo by publicly placing construction orders for six new naval vessels. The Kremlin is focused on military modernization as relations with the West worsen.

Russia said it chased away a US warship that tried to violate Russian territorial waters. The US said the Russian description of the interaction in the Sea of Japan was false.

Can Turkey's Erdogan mediate a deal between Russia and Ukraine?

The Black Sea nation has much to lose if neighboring Russia invades Ukraine. That is why President Erdogan wants to mediate, but can he succeed?