Could clay be the key to sustainable architecture? | Culture | Arts, music and lifestyle reporting from Germany | DW | 22.07.2021

Could clay be the key to sustainable architecture?

The construction industry pollutes the climate and exploits resources. At the World Congress of Architects in Brazil, one architect is pushing clay as the sustainable building material that could change the world. 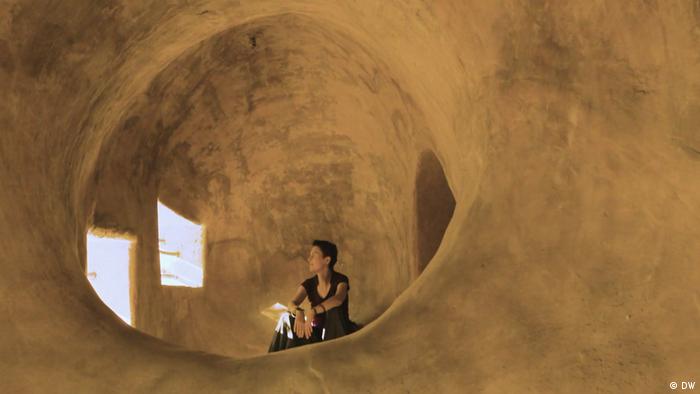 The regional climate, the nature of the soil, the materials available: The challenges and conditions of building a house depend on local conditions and necessities.

At the same time, the coronavirus pandemic has presented the construction industry with a problem of global dimensions. The past year and a half have shown how fragile world trade is and how quickly demand can exceed supply and cause supply bottlenecks.

Transport routes are also being scrutinized, since transporting materials around the world by truck and ship, which has a high carbon footprint, no longer seems appropriate in view of climate change and the lack of raw materials.

"We need to focus much more on local resources," architect Anna Heringer told DW. Together with colleagues, she has been discussing sustainable building at the 27th World Congress of Architects, which is organized by the International Union of Architects (UIA), the largest international association of architects. This year's event runs from July 18 to 22 in Rio de Janeiro, Brazil.

"Resilience is greatest when you are not dependent on external markets," Heringer said. "We have a fantastic building material everywhere: clay."

Heringer, a German architect who focuses on sustainable building, has been working with the raw material since her college days. Her work has won several awards, and UNESCO appointed her an honorary professor in its Earthen Architecture, Building Cultures and Sustainable Development program.

Clay has been used for construction for thousands of years. As a material, it is considered healthy and breathable, and it provides relatively good thermal insulation and soundproofing. Because it can be recycled and does not have to be transported over long distances, it is particularly sustainable. It can also be relatively easily extracted from the ground, processed and augmented with straw or sand to increase its strength.

Building with clay requires only about 1% of the energy needed for a comparable house made of concrete or bricks.

The architecture congress has convened every three years since 1948. This year's event, originally planned for 2020, is largely digital. Its theme, "All The Worlds. Just One World," is a cautionary title in light of dwindling raw materials and the resulting competition on the world market. 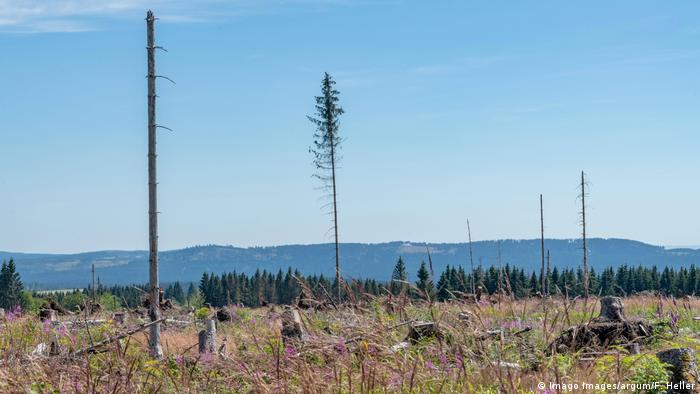 For instance, in 2020, Germany exported 40% more raw wood  than in the previous year. Demand from the United States particularly increased because the bark beetle, which has been ravaging German forests, has also done so in Canada, from where the US normally obtains the majority of its lumber imports. Such plagues make building materials more expensive and place an additional burden on the environment due to longer transportation routes.

"It is completely absurd to transport materials that far," Heringer said. Currently, the construction sector pays little attention to conserving resources, she said, in part because the established method of using concrete for construction is so cheap. Heringer is therefore calling for higher taxes on carbon emissions and fuel.

Concrete is the world's most widely used building material, even though its production causes lasting damage to the environment. The production of cement, which is needed as a binding material for concrete, consumes around 260 liters of water per ton. 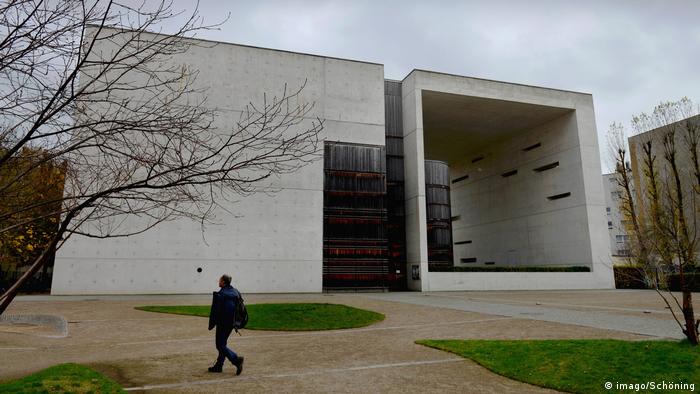 Building with concrete is considered minimalist and chic, but is detrimental to the environment. Above, the St. Canisius Church in Berlin

After water, sand is the most needed raw material in the world. It is used for the production of concrete and bricks, among other things. According to estimates, humans extract more than twice as much sand each year as nature produces through erosion. The result is destroyed ecosystems and animal habitats. And again, there are long transport routes.

In contrast, the raw material for clay construction is readily available, Heringer said, such as through the excavation required to construct underground parking garages or subway tunnels. But rather than using this, "the material ends up in landfills for a fee." The architect is advocating the creation of regional clay factories that could process this material for house construction. 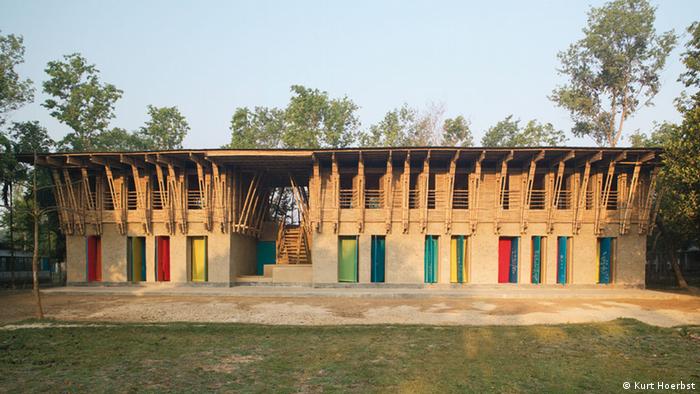 Built from clay: With her colleague Eike Roswag, Anna Heringer designed this school in Bangladesh

"Clay is available everywhere and can be processed everywhere," Heringer said.

Since the raw material does not have to be purchased at high prices, its use can also help balance out social inequities. For instance, Heringer built a school in Bangladesh in 2005 as part of her dissertation. There were no mixing machines available there, so water buffaloes stamped the clay instead.

Clay is also an inclusive building material: "Because it is easy to work with, we have been able to integrate people with disabilities" to help process it, she said. 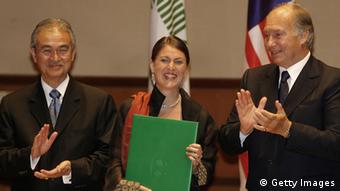 In 2007, Heringer received the Aga Khan Award for Architecture in Kuala Lumpur for her designs of a school built from clay

In countries such as Germany, construction with clay is two to three times more expensive than comparable construction with concrete. Heringer calls the focus on concrete a "system error" but one that is human-made and can be corrected accordingly. The cost of building with clay would fall as soon as it became widely accepted.

In her keynote address at the UIA congress this week, Heringer highlighted the potential of local materials. "I take every consideration times 7.9 billion," she said, referring to the world's population. Then, she said, it quickly becomes clear that "small decisions change the world."

The architect paving the way for women with clay