Corruption tours reveal ′best of worst′ of Prague | Europe | News and current affairs from around the continent | DW | 02.04.2012

You’ve heard of health and sex tourism before, but what about corruption tourism? A Czech company is offering tours around Prague, showing overpriced infrastructure projects and ostentatious homes of the city's rich. 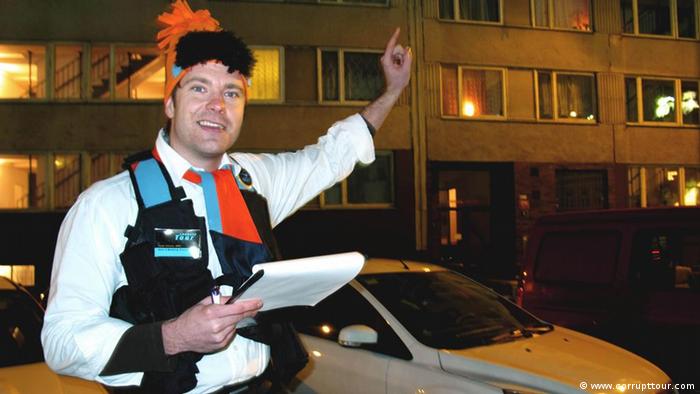 High on a hill overlooking the Vltava valley, in one of Prague's swankier districts, is a modern, newly-built villa. The building is enormous - far larger than the older villas surrounding it.

In fact, it's so huge that instead of the magnificent view of Prague and the glittering Vltava River far below, the house next door now looks onto a 10-metre high grey concrete wall. Behind it lives a rich and powerful businessman named Roman Janousek, who built this villa a couple of years ago.

It wasn't meant to be this big. Literally: it is larger, and higher, than the plans submitted to the local authorities. They should have ordered it to be pulled down or altered, or at least fined Janousek for building illegally. They did not, of course. Janousek, apparently, is a very powerful man.

It's why a handful of curious spectators are gathered in a huddle outside the villa, the third stop on the so-called "Prague Safari," one of several offered by Corrupt Tour.

Others include a massive complex of luxury villas built by senior executives of the state-owned energy firm CEZ, or a rundown apartment building which serves as the official address of Ivo Rittig, an influential lawyer who receives a percentage of every tram and metro ticket sold in Prague - for no discernible reason - and is now massively rich. Certainly he doesn't spend much time in a rundown apartment in Prague 3. 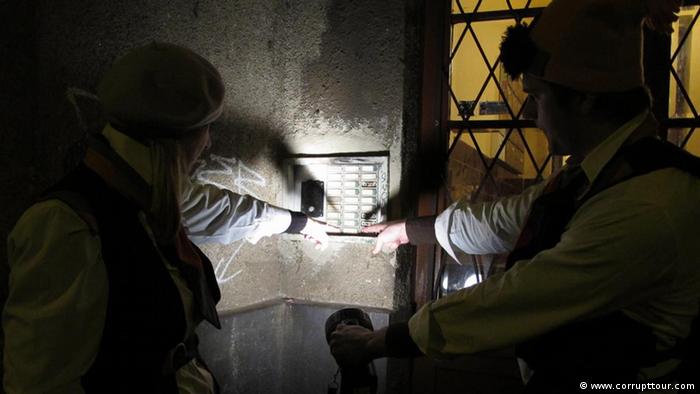 Hot on the trail of corruption in Prague: Corrupt Tours

"It's just awful. I'm lost for words. I'm shocked at the things these people think they can get away with," said Hana Hijankova, a pensioner who received a ticket to the Prague Safari as a birthday gift from one of her grandchildren.

"I know there's corruption everywhere, but in other countries at least once they're been exposed they're discredited and ashamed to show their faces in public," she explained.

"Here in the Czech Republic they're completely brazen about it. They just say: 'Mind your own business.' They've got no shame."

The Janousek villa is a symbol of the greed, corruption and arrogance of a small coterie of super-rich businessmen and officials who've built up a network of power and influence in Czech society in the last decade; ignoring the rules by which the rest of society lives and preying off the weakness of the state administration.

Janousek is very much in the news at the moment, after a serious drink-driving road rage incident. Eyewitnesses say he deliberately ran over a woman with his luxury Porsche Cayenne car after damaging her vehicle in a minor collision.

Pursued by another driver, Mr Janousek eventually abandoned his car and tried to escape on foot - his drunken lope through a scrubby park was captured on CCTV cameras. Local TV crews arrived in minutes, and he slurred his way through a rambled, rather surreal explanation.

The accident came a few days after a newspaper claimed Mr Janousek - through his close contacts with the then mayor of Prague Pavel Bem - was once virtually the shadow mayor, deciding public procurement projects and selling off city property to his cronies. He was nicknamed ‘Voldemort' - the villain in the Harry Potter books - 'He Who Must Not Be Named.' In other words, someone who allegedly had huge influence on the city's finances but whose existence was officially denied. 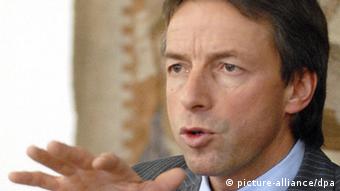 Pavel Bem was never the 'real mayor' of Prague, some say

“Everybody's speaking about corruption, nobody's doing anything,” said Petr Sourek, the 37-year-old translator and set designer who came up with the idea of Corrupt Tour.

"I mean the basic idea is that usually corruption feeds on business and destroys business. I would like to revert this order of things, so that was it. Just to try to do something with it, to use it," he added.

Many, if not most residents of Prague have long believed - rightly or wrongly - that their city is run by a small coterie of superrich businessmen and corrupt officials, rather than their elected representatives. Not for nothing perhaps is Marianske namesti, the small square which houses City Hall, colloquially referred to as ‘Mafianske namesti'.

Numerous high-profile corruption cases have gone to court in the last decade, but guilty verdicts or prison sentences are virtually unknown. Cases often fizzle out for lack of hard proof, or following questionable intervention by state prosecutors. With little hope of justice in the courts, it is perhaps no wonder the Corrupt Tour agency has been such a success.

"It's a typical Czech approach to things. First we're angry, and then we start to make fun," said Jindrich Sidlo.

"Czechs survived on jokes for many years. They survived the Nazi era, they survived Communism, they survived really hard years at the beginning of the 90s. Now they try to survive this new period of corruption with their sense of humor."

There is some reason for hope. The new mayor of Prague Bohuslav Svoboda has promised to sever the links with the so-called 'godfathers', and appears to be making progress. Official corruption, of course, still exists; there are almost daily reports of overpriced public tenders and new police cases.

And until it does, Petr Sourek's ironic tour buses will continue to wind their ways through the streets of Prague, offering, in his words, "the best of the worst."

Is the financial crisis something to laugh about?

Since the start of the economic crisis, the number of visitors to Athens' annual "Cheap Art" fair has doubled. (21.03.2012)