Some cracks seem to be appearing in the image of the reputable German businessman. A fresh poll by auditing group EY (Ernst & Young) reveals that many German managers believe corruption is widespread in their country. 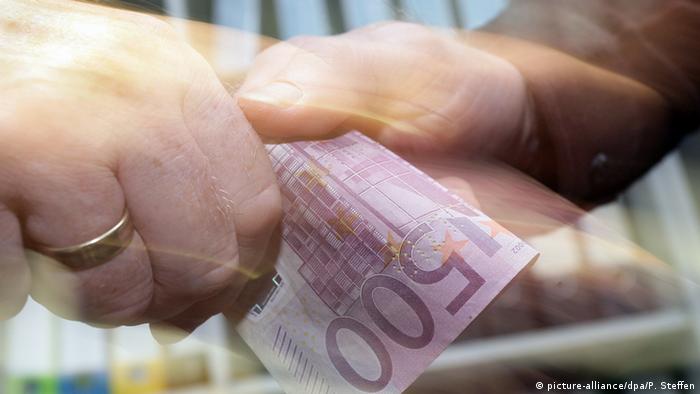 According to the study published Wednesday, a staggering 43 percent of German business executives polled by EY (formerly Ernst & Young) think bribery and corruption are fairly commonplace in Europe's economic powerhouse.

That's a big jump from just 26 percent in 2015, but still below the global average of 51 percent recorded for the more than 4,000 executives polled in 41 nations in Europe, Africa, the Middle East and India.

Perceptions that shifty dealings are normal behavior are highest in Ukraine, where 88 percent of respondents say corruption amongst managers is widespread. The situation is not much better in Cyprus (82 percent), Greece or Slovakia (81 percent).

At the other end of the spectrum are the Scandinavian countries and Switzerland. Denmark leads the field in its own executives' perceptions of fair dealing amongst their in-country peers, with a mere 6 percent of respondents identifying corruption as a common phenomenon.

But in Germany, 23 percent of the managers polled admit they would act in an "unethical manner" to move up the career ladder or secure higher salaries. Roughly 10 percent of German executives polled wouldn't rule out deliberately providing false information to others to help their own careers and fill their pockets.

"VW's emissions-cheating scam, the Libor rate-rigging scandal, and [unlawful] collusion among companies as well as a raft of compliance violations have made the headlines quite frequently of late," says Stefan Heissner, who heads EY's Fraud Investigation & Dispute Services division.

He adds that stricter compliance rules that have appeared in the wake of major corporate scandals have not really changed the perception of widespread corruption in Germany.

The study reveals another worrying thing: Internationally, based on numbers from the global survey, people who are members of Generation Y (aged 25 to 34) appear to have fewer qualms about acting "unethically" - that is to say, bribing others or being bribed.

One in four of the managers polled in this age group said that offering bribes can be justified to secure a new lucrative contract or extend an existing one.

India is the world's largest democracy, but does it live up to that promise? Tim Sebastian meets Indian MP Shashi Tharoor on Conflict Zone.  (29.03.2017)