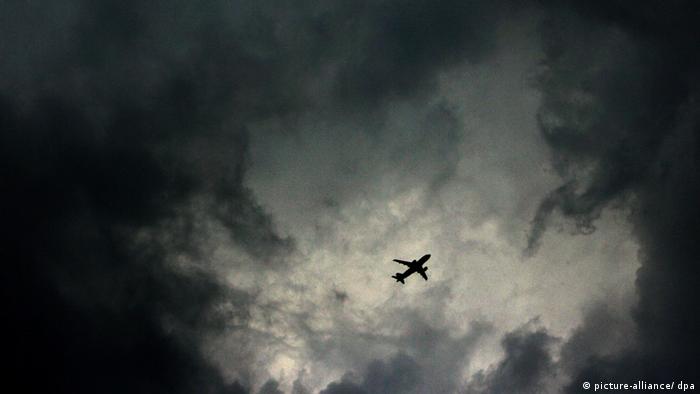 Hit already by dramatically falling passenger numbers, the novel COVID-19 pathogen is forcing global airlines to make costly contingency plans to contain the spread of the virus, darkening the horizon for the struggling industry even further.

Just on Monday, German flag carrier Lufthansa unveiled a series of cuts in its flight schedule, including extending its complete ban on flights to China until April 24 and to Iran until April 30.

Not more than a few weeks ago, there were hopes within the industry that the virus outbreak could be contained to China. Now there is talk of the biggest crisis emerging since the great depression just over a decade ago.

Lufthansa's announced cuts, which also include a 40% reduction of flights to Italy, are showing that airlines' flight plans are hit by more than just a few cancelations on routes to Beijing or Teheran. It is estimated that ensuing cuts to short- and medium-range timetables will reduce Lufthansa's offerings by up to a quarter.

Until recently, it was unthinkable that the biggest German carrier would ever reduce the number of its domestic flights in Germany. But now a total of 23 planes out of Lufthansa's fleet of 760 aircraft have been grounded.

The latest predictions measuring the impact of the coronavirus on global air traffic date back to more than a week ago, meaning they are becoming as quickly outdated as the virus spreads around the planet.

In a first assessment released on February 20, the International Air Transport Association (IATA) expected that the coronavirus would primarily affect airlines with a strong business in China.

In a baseline scenario assuming the Asian powerhouse would remain the epicenter of the outbreak, the organization predicted a worldwide slump in the number of airline passenger by 4.8% for 2020 — already a substantial downturn from the 4.1% growth it predicted as recently as December.

"This constitutes the first global decline since the 2008/2009 financial crisis, and will cut airline revenue by a total of $29.3 billion [€26.3 billion]," IATA said in February.

Within the industry comparisons are being drawn to the SARS epidemic of 2003, which, indeed, remained largely restricted to the Asia Pacific region. At the time, airlines suffered a 5.3% decline in passenger numbers over a period of six months, but recovered quickly from the crisis.

"This is the worst crisis since SARS and even since 9/11 in the United States," said aviation expert Brian Sumers. "People just don't want to fly anymore and prefer to stay at home to wait and see. A culture of 'fear' is evolving," he told aviation magazine Skift recently.

Who is it this time?

But Sumers also believes that the airlines are in a much better shape these days, and will be less affected by the coronavirus outbreak.

As a matter of fact, 9/11 wreaked havoc especially among US airlines, leading to bankruptcies and forced consolidation in the industry. In Europe, aviation icons such as Swissair and Sabena fell victim to the massive decline. 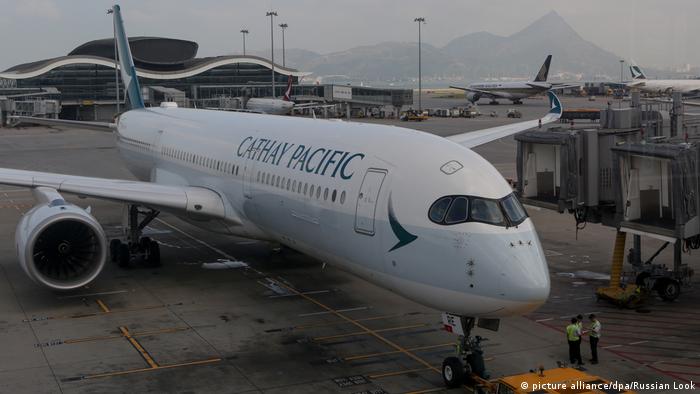 As three quarters of its flights were canceled, the airline furloughed 27,000 staff without pay.

But claims that this time it'll be different may be premature.

Cathay Pacific, the once-proud Hong Kong flag carrier, has already suffered massive losses as a result of the pro-democracy protests in the former British colony. Now, Cathay is being dealt another blow as it had to ground 120 out of 200 planes.

Arno Schnalke, a professor of transportation at the University of Applied Sciences in Bad Honnef, Germany, also compares the current crisis with the SARS outbreak 17 years ago, when 30% of global fleets were grounded and 45% of all flights canceled.

"There's a strong resemblance of the effects in 2003, when at the height of the crisis passenger numbers plunged 35%," he told DW and added that 2020 could become the worst year for airlines since the global financial crisis.

Global freight transport may not come to the rescue of airlines either, he says, although container shipping is limited too, opening up niche opportunities for some operators.

"About 50% of all air freight is additional cargo on passenger planes. So if more passenger planes are being canceled this also limits the scope for the cargo business," he told DW. An additional problem for airlines, he says, is the rapid and unclear spreading of the coronavirus, making planning almost impossible.

So, for all who have to travel by plane the IATA still has the simply advice that apart from waiting and hoping, passengers should "wash their hands frequently and sneeze into their elbow or a tissue," because, "wearing a mask all the time is insufficient."