Coronavirus: When using the c-word gets you blacklisted | Business | Economy and finance news from a German perspective | DW | 08.04.2020

Some of the world's biggest brands are refusing to put their ads next to content about the coronavirus pandemic. Despite seeing a huge increase in readership, news publishers say they're losing millions of dollars. 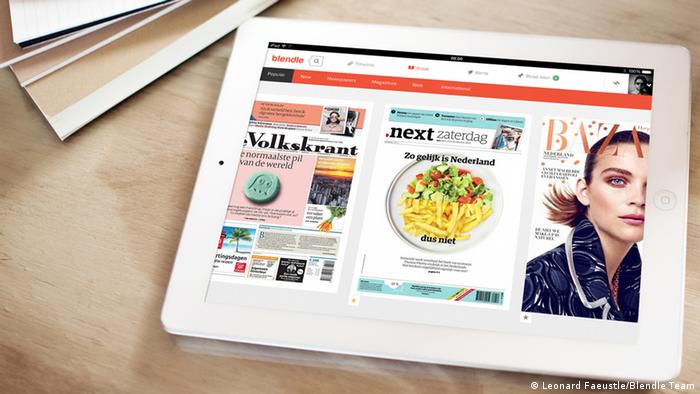 Technology that allows firms to prevent their advertising from appearing on pornographic or fake news websites is also helping them to blacklist stories related to the coronavirus pandemic.

Thousands of advertisers have adopted the controversial marketing strategy in a double blow to the world's most trusted newspapers and news websites, whose revenues are already in free fall because of the sudden, sharp decline in business activity.

The New York Times estimates that it will lose 10% of its digital revenues this year because brands are refusing to advertise on pages with coronavirus-related stories. In 2019, NYT achieved total digital revenues of $800 million. A watchdog for Britain's national newspaper sector reports that, if the pandemic lasts another three months, publishers will have 50 million pounds ($62 million, €57 million) less to fund quality journalism at a time when reliable, timely information is critical. That represents nearly 30% of total digital revenue, according to Newsworks, the UK industry's marketing body.

"There's a belief that if you serve your positive ad saying 'buy this car' next to a story about a plane crash, a political drama or, in this case, the coronavirus, the juxtaposition of those two messages will have a negative effect," Mike Follett, managing director of the London-based Lumen Research, told DW.

Follett said the conclusion reached by many advertisers was not backed up by much evidence and that the coronavirus pandemic has only exacerbated an issue that has been growing for several years.

For example, some advertisers thought Brexit was too controversial an event and Donald Trump too divisive a figure to be associated with stories featuring those topics. In January, The Guardian reported that some brands have blocked their ads from appearing next to up to 4,000 keywords.

The irony is that since the coronavirus spread around the world, readership to news publications has skyrocketed. DW English, for example, has seen a 50% rise in site visits in March alone. So, brands who continue to blacklist around the c-word are shooting themselves in the foot, said Follett, whose company carries out eye-tracking research on how people respond to digital ads.

"Ads placed next to coronavirus content are getting more attention than they would normally," he said. Recent tests by the firm found that two-thirds of digital ads were now being noticed, compared with a little over half over the six months before the virus started spreading globally. "The more interesting the content, the more likely your ads are going to get noticed and engaged with." 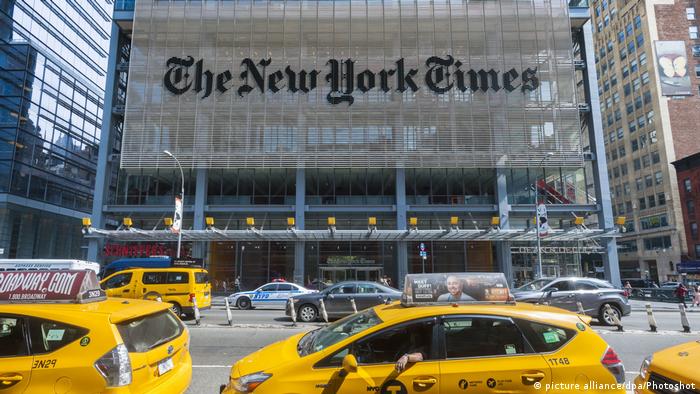 The US trade association Digital Content Next told DW it's hard to calculate which coronavirus symptom is ailing the news sector more, ad blacklisting or scaled-back advertising budgets. CEO Jason Kint thinks the friction around the increasing reliance on ad-tech firms which provide keyword blocking is now doing "collateral damage" to the whole industry.

"News organizations have shifted more resources and journalists into covering the most important topic on the planet ... while this same news is being defunded by the marketplace," he told DW. Kint said Google was to blame for introducing keyword block lists two decades ago when digital advertising first took off, which other ad-tech players have emulated.

"Most advertisers are still trying to buy digital audiences based on efficiency and audience targeting without knowing which sites, apps and content their advertisements are being delivered against," he told DW, before urging the tech giant to assign value to the quality of sites or content instead.

Although the ad-blocking technology has been ubiquitous for years, its utility has been boosted by the rise of social media activism that has sought to name and shame brands who advertise on fake news and hate-peddling websites.

One such group is Sleeping Giants, which in 2016 began pressuring advertisers to boycott the far-right news site Breitbart. It has claimed that thousands of firms, including Deutsche Telekom, Visa, AT&T and even the Canadian government have been so humiliated by its campaign of shame, that they pulled their ads.

One of the group's founders, Nandini Jammi, has since admitted that their activism has caused firms to be a little too wary about ad placement for fear of negative publicity. In a recent blog post, she wrote she had "the sinking feeling" that Sleeping Giants had contributed to a loss of vital revenues for respected news organizations due to coronavirus blacklisting.

"What we never imagined was that brands would turn off the tap on all news and current events," Jammi wrote, adding that the group's purpose has been "co-opted by the advertising industry to sell solutions for an imaginary problem" and that the tech world had "allowed firms to block anything a brand considers controversial."

On Friday, Kint and the US newspaper industry body News Media Alliance stepped up pressure on the advertising sector, urging agencies and the brands they serve to stop blacklisting around the coronavirus topic.

In a joint statement, Alliance President & CEO David Chavern warned: "We risk a very real information disaster if we do not ensure the continued sustainability of high-quality journalism at this critical juncture. This is a global emergency, and the public needs access to information that helps them protect their families, plan for their futures, and learn about public health efforts to combat this pandemic."

The German Association for the Digital Economy (BVDW) told DW that the blacklisting phenomenon can be observed in Germany too, albeit to a lesser extent. "One reason is that programmatic advertising is less advanced in Germany than in Anglo-American markets, thus the extent of automatic inclusion of brand safety technologies isn't comparable yet ...," said BVDW President Thomas Duhr.

"Nevertheless, the dilemma shows that the providers of reputable news sources are also affected. However, it is rather difficult to estimate the actual economic consequences."