Authorities are ordering farms to close after the novel respiratory virus broke out among the animals. The disease is bringing forward plans to wind down the industry in the country. 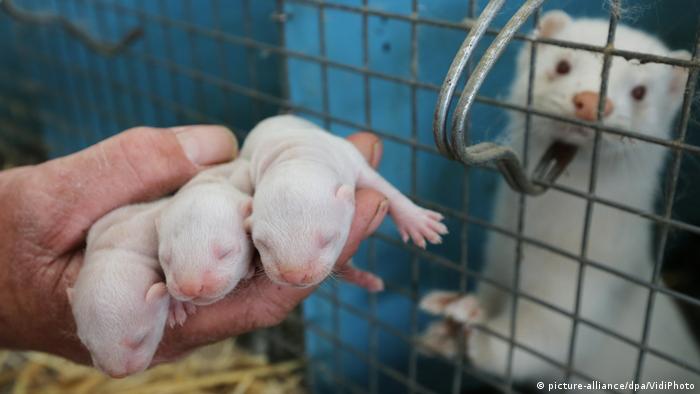 More than 100 mink farms in the Netherlands will be ordered to close by March 2021 after animals across the country contracted the coronavirus, Dutch news agency ANP reported on Thursday.

Hundreds of thousands of the ferret-like animals, which are bred for their fur, have been culled across Europe after the virus began spreading among them.

The decision to close the farms hastens the government's plan to wind down its mink industry by 2024 after several farm employees contracted COVID-19 along with the minks.

The Netherlands — which is the world's fourth biggest mink fur producer — has set aside €180 million ($212 million) to compensate farmers, the ANP report said, citing sources.

A pandemic among minks

While the human COVID-19 pandemic has been raging, there has also been a similar outbreak among mink populations.

Outbreaks have also been recorded at Danish and Spanish farms. More than 92,000 minks were culled at a farm in the Aragon region of northeastern Spain after nine out of 10 animals were estimated to have contracted the virus.

Experts are unsure about how the virus has spread to the animals and what threat the infected minks pose to humans.

The ugly business of fur farms