After India extended its coronavirus lockdown, migrant workers defied government orders by gathering at a railway station in Mumbai with one demand — "send us home." 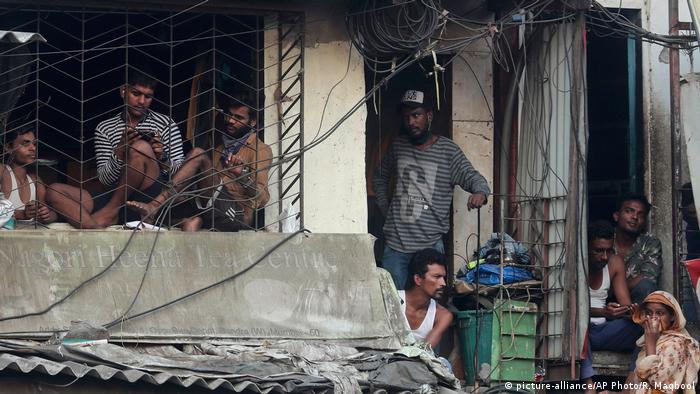 A large group of protesters gathered outside Mumbai's Bandra train station on Tuesday, hours after Prime Minister Narendra Modi extended India's coronavirus lockdown. Police had to use force to disperse the tightly-packed crowd of more than 1,000 people, mostly made up of migrant workers looking for a way to go back home.

Tuesday was supposed to mark the end of a 21-day lockdown put in place by the Indian government as it attempted to tackle the coronavirus pandemic. Modi announced a further extension of the lockdown in a televised address at 10 a.m. local time (4:30 a.m. UTC) the same day.

Videos from the scene revealed a large crowd of people demanding thatthe government arrange for ways to get them to their home villages and towns, thousands of kilometers away in some cases. After the authorities issued multiple warnings, police used batons to disperse the crowds.

According to Maharashtra Chief Minister Uddhav Thackeray, rumor-mongering may have led to the gathering. He told Indian media that workers gathered outside the station because they thought "the trains will start running and they will go home."

Thackeray's son, Aaditya Thackeray, took to Twitter to voice his concern over the welfare of migrant workers and blamed the central government for not doing enough to get them home.

The Indian government has been criticized for its handling of the lockdown during the initial days, especially after videos emerged showing migrant workers walking hundreds of kilometers to get home.

In most cases, these are daily wage workers who have lost their sole source of income after the lockdown was put in place. Social distancing is not an option for them. They are fighting to sustain themselves and their families. With a transportation lockdown all over the country, they had no other way to get home.

While the federal and state governments are making provisions for the delivery of food and even setting up camps, these migrant laborers are not convinced that the relief measures will reach them.

According to the Johns Hopkins Coronavirus Resource Center, India has 11,487 confirmed cases of the virus. The death toll stands at 393, while 1,359 people have recovered.