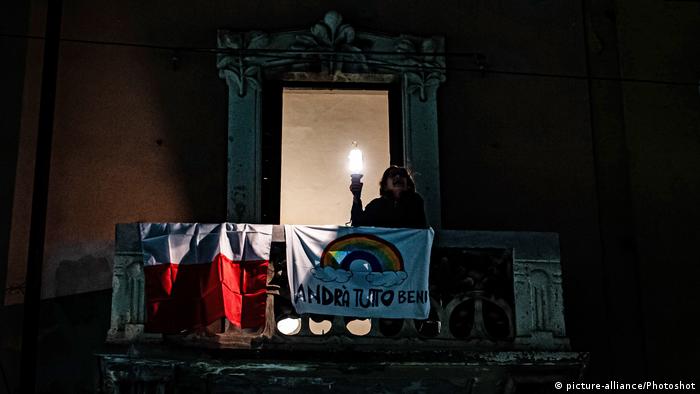 Sonia Tranchina, 38, has lived in lockdown with her two children and their dog in their 65-square meter apartment in Milan since the measures to quell the spread of the coronavirus were put into effect. "Everything went fine until yesterday. The youngest is 13 years old. He is normally reclusive, but he surprised me when he asked me to go out with his friends. He never does that. All of a sudden I felt overwhelmed," she says.

"He was shy before, now he is bored. He sleeps the whole day. He just wakes up for the online classes he attends on a daily basis. I'm scared," she admits.

Read more: How to stay healthy at home during the coronavirus lockdown

Tranchina, who is blind, is part of Italy's national Showdown team — a sport similar to table tennis that was invented for visually impaired people — but she can't go out to exercise. "We are secluded. It is strange to stay at home. I'm even more disoriented when I go out to the supermarket, and I don't hear anybody around. Coronavirus has put our life on hold." 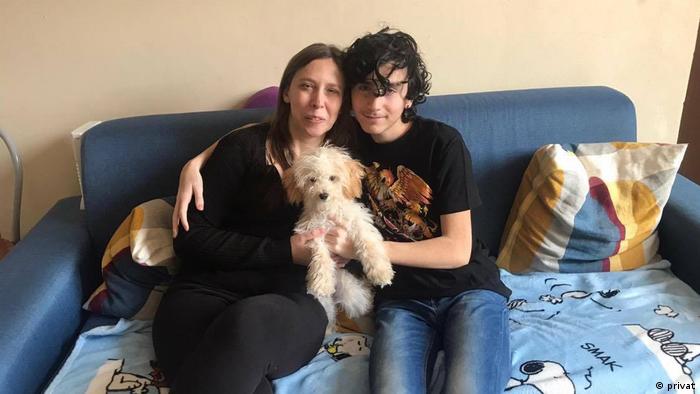 Sonia Tranchina worries about her younger son (not pictured)

The Italian government started a nationwide psychological support program for people like Tranchina last week. Working with regional associations and institutions, psychologist and psychoanalysts are providing free emergency help to anyone who needs it during the lockdown. Patients can speak on the phone or get in contact online.

Even people with stable families and secure jobs anticipate significant psychological and societal changes. "We've become more suspicious. Physical distancing is set to remain for months, if not years," says Giovanni Cerana, a 44-year-old teacher and father of two. "The social system is at risk of collapsing, but so is the family network. My parents are relatively old. I will be asking myself for months if my children should visit them. Grandparents, a pillar of the Italian society, might be sidelined. Not to put them at risk. Isn't it sad?"

"The social distance between people is growing in all senses," Cerana says, pointing to the cases of children housed in special homes after their parents have tested positive.

'Emergency within an emergency'

Requests for psychological support are on the rise, especially among people in their thirties, says Camilla Quarticelli, a Milan-based psychotherapist.

"We are all being exposed to intense psychological trauma, both individually and collectively, caused not only by the direct consequences of the pandemic — bereavement and illness — but also by indirect, and no less important, consequences such as job loss, burnout, post-traumatic stress and quarantine stress." 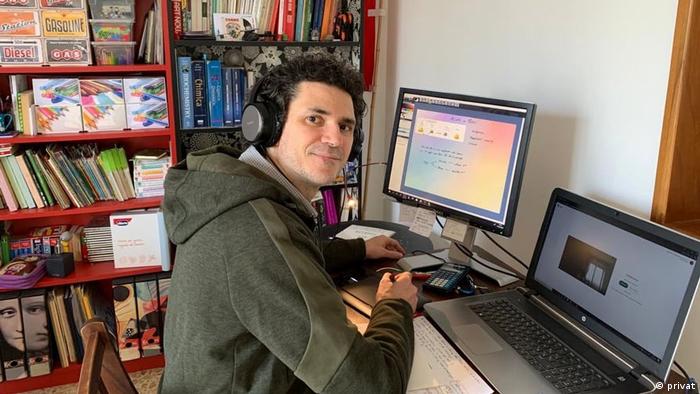 At least two women were stabbed to death by their children over in recent weeks in Italy. Another woman was rescued after her husband attacked her with a hammer. Violence against women has been defined as an "emergency within the emergency."

"The number of psychologists is objectively high in Italy, so with good coordination, it should be possible to respond to all the requests that are made, not only during this period of objective urgency but also afterwards," says Quarticelli.

Low-income families and single people who live alone in small spaces are particularly vulnerable. Factors limiting people's capacity to adapt quickly to an emergency situation can further exacerbate the repercussions for mental health.

"The lockdown can be a serious challenge to those with addictions," says Serena Camposeo, a psychotherapist in the southern Apulia region. "Confinement, immobility and lack of legal or illegal substances can push them into a drug-binging loop. They could switch from drugs to alcohol. Some, especially the ones without psychological support, could also manifest psychological problems," She said she was contacted by five people from her own town, Carovigno, on the first day she volunteered her services to the government help line. 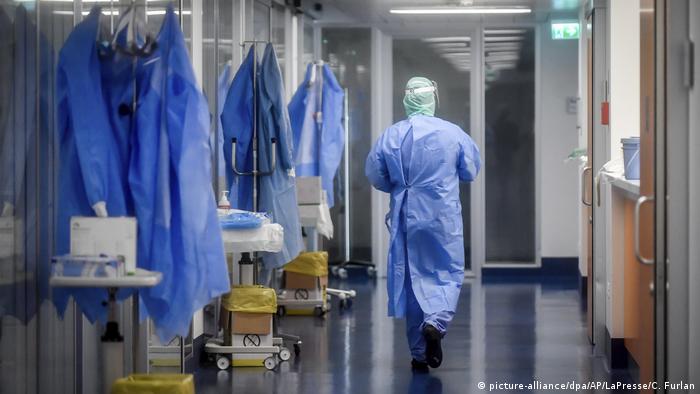 Medical workers have been thrust into war-like conditions

Healthcare workers are suffering further stress because of their concerns about the virus mutating, in addition to two fears that affect everybody: exposing others to the virus and dying. So far at least 63 doctors have died from the coronavirus in Italy.

"I'm not scared for myself, but for my loved ones," says one doctor, who works at a hospital in Lombardy and spoke on condition of anonymity. "I just hope I will not burn out. Psychological support is needed now, but there is no time. There are no resources."

Isabel Fernandez, a clinical psychologist specialized in post-traumatic stress disorder (PTSD), says that doctors rarely grieve for their colleagues these days. "Every doctor or nurse who gets infected is a reminder to the others that they could be next." She says the lack of medical resources is another traumatizing factor.

A 34-year-old nurse recently committed suicide, hanging herself in the Italian hospital where she worked. Medical workers like her are seeing war-like scenes firsthand.

"When I got sick, I was taken to a tent with 10 to 20 other people. Many couldn't breathe, many were crying. All of a sudden I was in a war movie. That day was the most difficult for me," says Claudio Chiari, a 49-year-old journalist from Brescia. He tested positive and was hospitalized. He is now in quarantine in his apartment. "After the suffering seen on the ward, this form of isolation is fine in comparison."

If you are suffering from serious emotional strain or suicidal thoughts, do not hesitate to seek professional help. You can find information on where to find such help, no matter where you live in the world, at this website.

Boredom. Frustration. Anger. Anxiety. Strain on relationships. Depression. More than a billion humans around the globe are trying — hard — to endure these various symptoms of self-isolation. Expect many to fail. (27.03.2020)

Just a few days after the end of the men's European club season, international football is back. A new FIFPRO study has found the demands are affecting players' mental and physical health. Is it time for a change?