Coronavirus: How are Middle East refugee camps prepared? | Middle East | News and analysis of events in the Arab world | DW | 11.03.2020 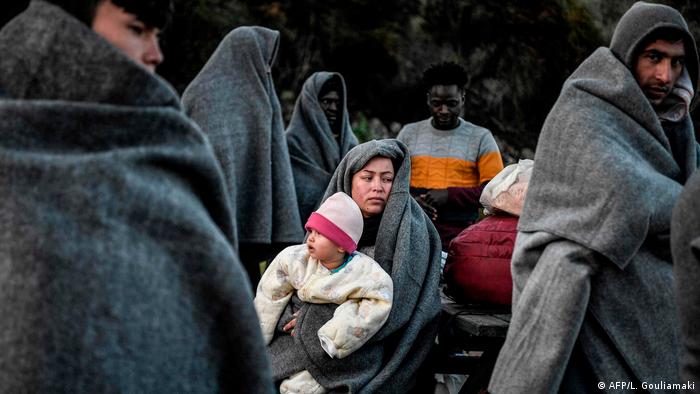 As Greek authorities expressed fears of a COVID-19 outbreak on islands that house many thousands of asylum-seekers this week, the Turkish ambassador to the US told reporters that trying to prevent the spread of the new coronavirus to camps for displaced people in Syria would be a "mission impossible."

Analysts warned that some of the language around refugees and the global pandemic may be political rhetoric that risks stigmatizing people fleeing war who are at risk. "The danger that people will instrumentalize this topic is there," said Rene Wildangel, a policy fellow at the European Council on Foreign Relations.

"The debate [on allowing additional refugees into Europe] is already very divisive and polemic. If you have additional arguments asserting that it's dangerous at the moment to do this, it could probably help shift the discourse in a negative way."

But, as the refugee issue once again becomes a political football, the fragile circumstances of the roughly 12 million people who have fled the Syrian conflict across Turkey and the Middle East have raised concerns about how well prepared refugee camps in the region are to face the virus. 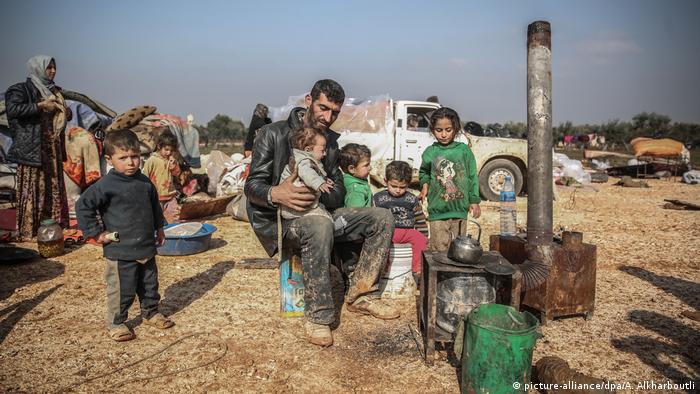 Some people fleeing the violence found that refugee camps were too full or unsafe, leaving them to camp by roads.

Syria: 'No water in some camps'

There are no known cases in camps in Syria, according to the World Health Organization (WHO), but the country's "fragile health systems may not have the capacity to detect and respond to an epidemic," spokesman Hedinn Halldorsson said.

"All of Syria has a fragmented health system, basically a health system on its knees, so it goes without saying there are huge challenges," Halldorsson said.

There are 6.2 million internally displaced people across Syria. Now, with the recent bombardment of the northern Idlib province 3 million people have been squeezed into a region formerly of 500,000.

"If there was an outbreak now the "situation would be very bad," said Orwa Khalifeh, an advocacy officer at the Syrian American Medical Society, which operates in Idlib and is preparing a plan to combat the virus.

While Halldorsson said personnel are being trained and laboratories in Idlib and Ankara are being stocked with diagnostic kits, Khalifeh said the lack of intensive care units in the region was a big problem and the Idlib health directorate had no hospitals that could isolate patients.

Other NGOs in the region are trying to spread awareness on safe hygiene practices such as washing hands, but "in some camps there is no water, so it's a problem," Khalifeh said.

In the more stable situation in Jordan, no COVID-19 cases have been detected and there are "no risks in the camps, because the preventative measures inside the camps are the same as those outside," said Mohammad Hawari, a spokesperson for the UN refugee agency UNHCR in Jordan.

Education programs have been rolled out, and health conditions are good, Hawari said, although close conditions in camps could cause infections to spread faster. "Hospitals inside the camps are prepared to respond to any situation. Previously we experienced similar crises such as SARS … the response steps are similar," Hawari said.

Wildangel, who had recently been to the main Zaatari camp said, "the risk is lower [there] because they very tightly monitor who's going in and out and it's very easy for their health services, while the conditions are not ideal, to assess the risks."

Camps in Jordan are run in line with the UNHCR's policy advocating they be integrated into government plans for disease outbreaks. That policy suggests camps across the region can only be as safe — or exposed — as their host countries. 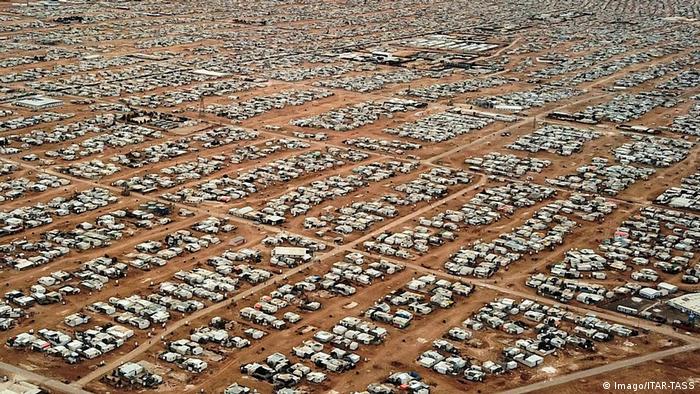 Lebanon has recorded 41 COVID-19 cases countrywide, and since its government decided not establish any formal refugee camps at the start of the Syrian war, many of the 1.5 million Syrian refugees there — more than any other country per capita in the world — are harder for health services to reach.

"The hundreds of thousands of refugees who live in the big cities under the most pathetic conditions in Lebanon and the Bekaa Valley are often not registered. They don't have any access to any health services, so probably there the risk is even greater," Wildangel said.

Lisa Abu Khaled, the UNHCR spokesperson for Lebanon, said they were working with the government and other UN agencies to develop contingency plans in the event of a further spread and were raising awareness among refugees about hygiene and preventative precautions.

Europe: too late to blame coronavirus on refugees

Aid groups on the Greek island of Lesbos, where many asylum-seekers land in the European Union, said they were suspending work after right-wing groups attacked staff last week.

Since a Lesbos resident — who had reportedly traveled to Israel and Egypt — tested positive for the virus on Monday, fears of an outbreak among refugees and migrants there could prompt a more harmful conversation in EU countries.

"The [far-right German party] AfD or other movements are already portraying refugees coming as the harbinger of all evil and diseases and what have you. So if they can try to infuse some additional fear, I'm sure they would be happy to do that, if we had such an outbreak," Wildangel said. "It's a little too late to blame the coronavirus on the refugees, even for the right wing," he added.

"There are other factors that are more important, like the situation in Idlib and how the EU deals with Turkey and Putin. That all impacts the discussion more than the virus   I see that more on the outskirts of the debate."

Brazil: Police raid on a favela in Rio leaves over 20 dead