Coronavirus: Foreign students on online courses are denied visas to Germany | Germany | News and in-depth reporting from Berlin and beyond | DW | 14.08.2020 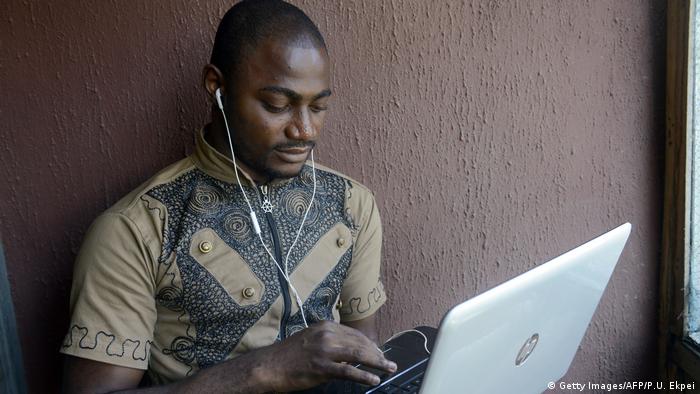 More than 80,000 foreign students in Germany had left the country by April, with lecture halls and libraries closed because of the coronavirus lockdown. As travel restrictions and domestic rules were slowly eased, many hoped things would return to normal after the summer. But an announcement from the German government has cast fresh doubt on students' visa status.

Students from outside the European Union are now required to receive a "certificate of presence" from their German university to be able to apply for a visa. But the pandemic means that some courses are moving their studies entirely online.

"Foreign students who can prove that their studies cannot be carried out entirely from abroad, for example, due to compulsory attendance, can enter the country to begin their studies," a statement from Education Minister Anja Karliczek reads. "But the entry for online or distance learners will not be allowed."

The announcement comes around two months before the start of so-called winter semesters in Germany.

The announcement drew comparisons to US President Donald Trump's short-lived plan to do the same for online learners in the US. Trump's government made a speedy U-turn in July after the plan was met by widespread outrage.

"Education and research survive because of exchange, especially international exchanges. That is also true in times of a pandemic," she said in July.

Critics say Karliczek is now denying foreign students in Germany this opportunity to experience an exchange.

"If you are admitted to a college in Germany, they should give you a visa," said Kumar Ashish of the Federal Union of International Students in Germany. "It is the same in the US — it is the right of the student, if they have received their visa, that no-one can deny it to them."

He explained that a visa should still be possible even under further coronavirus travel restrictions.

"This is another bureaucratic hurdle [for foreign students]," said Greens member of the German parliament Kai Gehring, at whose request the information was shared.

"It has not been taken into account that a student exchange is more than going to lectures and seminars," Gehring said. "It is also about campus life and learning about Germany's culture and society."

Yann Werner Prell, who works with South Korean students in Germany, pointed out other failings of the decision.

"Because of big time-differences, taking part in online lessons from abroad is difficult, as is working together with other students," he wrote on Twitter. "Students also work with literature from libraries that can't lend out books abroad."

Difficulties would also be experienced by teaching staff. Maha El Hissy, a teacher of German as a foreign language at a Munich university, wrote on Twitter: "When foreign students come to Germany, it is also about the face-to-face exchange and dialogue in both directions. What a shame, Germany, that your doors will remain locked."

No cause for alarm

The number of people affected by the rules remains unclear, partly because of the unknown development of the pandemic. But as things stand, the number of face-to-face courses which have become only-online courses is very small, according to Michael Flacke of the German Academic Exchange Service.

"For the winter semester, German universities are planning a mix of online and physical classes, and for this 'mix' foreign students from outside the EU are allowed to come to Germany," Flacke explained.

Most courses are not planning to move entirely online, Flacke said. Attendees of courses that were always entirely online from outside the EU were never eligible for student visas.

"Of course you can already study in a German university or college online from abroad — that works really well in Germany — but at the moment for a purely online course in Germany, no visa is normally provided," he pointed out.

For those students currently enrolled in a course which is a mix of online and physical events, Flacke advises making sure you are in possession of a "certificate of attendance" as soon as possible.

But with fresh lockdowns and travel restrictions still a very real threat on the horizon, Flacke is among those who advise caution for international students planning to come to Germany this October.

Western universities are expecting a massive drop in international student enrollment due to the pandemic. Germany's zero tuition fees, top health care system and coronavirus response could help it weather the storm.