New Zealand PM Jacinda Ardern said her aim was never to record zero cases but to stamp out the virus effectively. Australia's delta outbreak appears to be leveling out. Follow DW for all the latest on COVID. 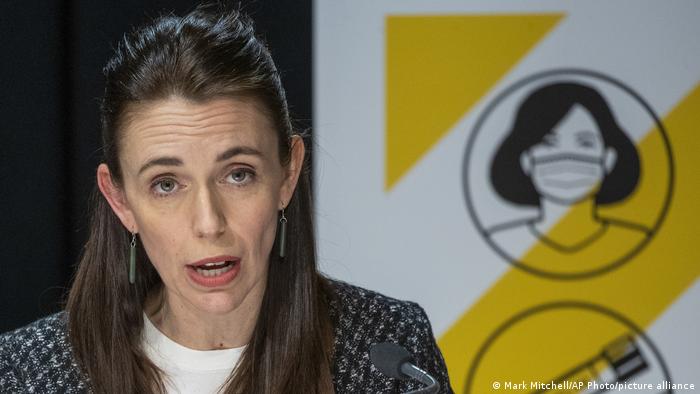 New Zealand's government has acknowledged what most other countries did long ago, It can no longer completely get rid of the coronavirus

New Zealand has abandoned its long-standing COVID-19 elimination strategy in the face of a challenging delta outbreak, authorities announced on Monday. Instead, the country will focus on increasing vaccination rates and learning to live with the virus.

"With this outbreak and delta the return to zero is incredibly difficult," Prime Minister Jacinda Ardern said in a major policy shift.

"This is a change in approach we were always going to make over time. Our delta outbreak has accelerated this transition. Vaccines will support it," she said.

The move comes weeks after New Zealand’s biggest city, Auckland, recorded its first COVID case after nearly six months of no infections. The city has now been under lockdown for close to 50 days, with restrictions extended to some other parts of the country.

Restrictions in Auckland are set to be scaled back in phases starting Wednesday, Ardern said, allowing residents to leave their homes and connect with loved ones in the outdoors.

In the face of increased pressure over her approach, Ardern said she was not looking to record zero cases, but to stamp out the virus in an aggressive manner.

"It's clear that a long period of heavy restrictions has not got us to zero cases. But it's OK...elimination was important because we didn't have vaccinations. Now we do. So we can begin to change the way we do things," she said. 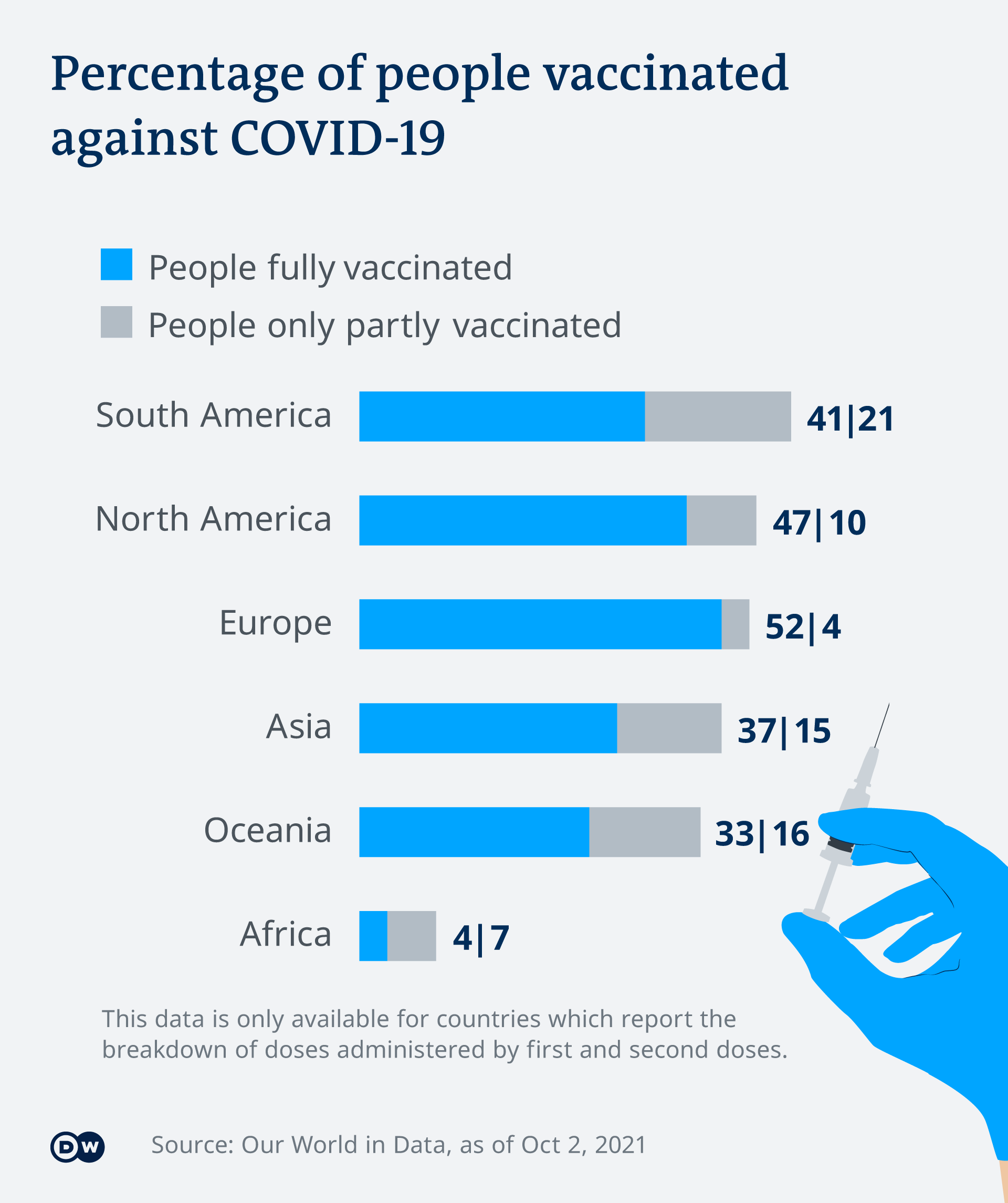 The European Medicines Agency (EMA) has approved issuing third booster shots of the BioNTech-Pfizer vaccine to people over the age of 18, if more than six months has passed since their original vaccination. However it noted that "decisions for boosters will be taken by public health bodies at national level." Separately, the EMA gave the green light for people with "severely compromised immune systems" to receive a third shot of either the BioNTech-Pfizer or the Moderna vaccine at least 28 days after their original dose.

Hunt said that by this week, 80% of Australians would have received their first jabs, keeping the government on track for reopening after half the country was placed under strict lockdowns.

The Australian government is looking to end all COVID-19 restrictions, including travel bans, when 80% of the eligible population is fully vaccinated. Authorities hope to reach the target by mid-November.

The increase is due to the collapse of global trade in the second quarter of 2020. Supply-side issues and supply chains though remain strained as a result of the pandemic.

However, Rishi Sunak, the chancellor of the exchequer, said that the country will face job losses as the government ends a pandemic furlough scheme that kept millions employed. As the scheme ends on Thursday, Sunak said the country will transition to longer-term support.

Germany has recorded 3,088 new infections in the latest one-day period, taking the country's total tally to 4,255,388, according to data from the Robert Koch Institute for infectious diseases (RKI). Seven more deaths were reported.

Israel is making a push towards booster shots, putting pressure on vaccinated citizens to receive a third dose of the COVID vaccine in order to be eligible for a “green pass”. The pass allows entry to restaurants, gyms and many other venues.

The country was one of the first adopters of the BioNTech-Pfizer booster shots, administering the third dose to high-risk individuals in July. By August, it was opened for all above the age of 12.

In India, some schools in Mumbai and the surrounding areas reopened Monday, 18 months after they were shuttered due to the pandemic. Mumbai and the state of Maharashtra were among India's worst hit regions.

In Mumbai, schools reopened for older schoolchildren and in rural areas, from the fifth grade and above. Schools are following various COVID-19 protocols including the use of masks, temperature checks, social distancing and there is a mandatory vaccine requirement for teachers and staff.

Thailand is in talks with US drugmaker Merck & Co to purchase 200,000 doses of its experimental antiviral pill, an official said on Monday. Other Asian countries, including South Korea, Taiwan and Malaysia are also in talks to buy the treatment.

The antiviral drug, known as molnupiravir, has been designed to introduce errors into the genetic code of the virus, potentially making it the first oral antiviral medication for COVID-19.