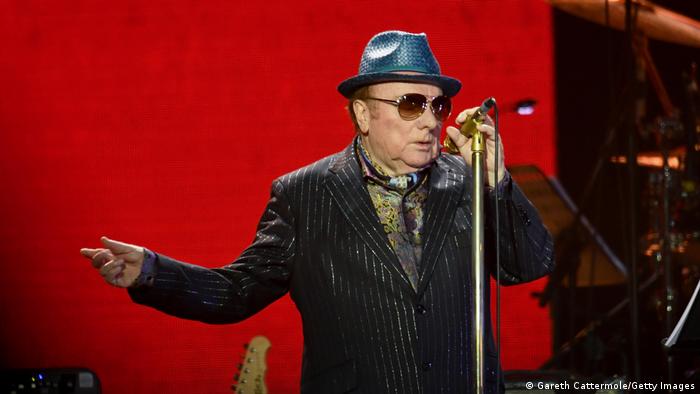 The veteran singer, a well-known critic of anti-pandemic measures, has called out Swann as "a fraud." In a video that went viral after one of his concerts was canceled last minute, Van Morrison is seen trying to get the audience to chant that "Robin Swann is very dangerous."

Swann hit back by saying that singer's comments were "bizarre and irresponsible." Swann's lawyer Paul Tweed has now said that libel proceedings were "at an advanced stage with an anticipated hearing date early in 2022."

Van Morrison's lawyer Joe Rice said that the singer would argue his words were "related to a matter of public interest and constituted fair comment." Morrison has already described his comments as "banter and sarcasm."

The United States reopened its borders to vaccinated travelers after midnight on Monday — more than a year-and-a-half after the worldwide coronavirus outbreak prompted authorities to curb international travel.

Visitors from several countries, including Brazil, China, India, South Africa, the United Kingdom, and much of Europe, can now enter the US with proof of vaccination status and a negative test.

Japan has recorded no daily COVID-19 death for the first time in more than a year, local media reported. The last day without a coronavirus-liked death was August 2, 2020, according to national broadcaster NHK.

Singapore and Malaysia have said the will allow quarantine-free travel between both countries for vaccinated individuals. Flights will commence on November 29.

Germany has logged a record seven-day incidence rate of over 200 on Monday, according to the latest data released by the Robert Koch Institute of infectious diseases (RKI).

The rate, which indicates the number of new COVID-19 infections per 100,000 people over the last week, is now the highest it's been since the start of the coronavirus pandemic.

Many public places across Austria are now inaccessible for anyone not fully vaccinated against the coronavirus, under new measures that went into effect on Monday.

Under new rules, those who cannot provide proof of full vaccination or having recovered from COVID will not be allowed to enter places like restaurants, bars and hairdressers. Unvaccinated people will also be barred from hotels, events with more than 25 people and ski lifts.

New Zealand’s largest city Auckland is likely to emerge from a lockdown later this month, Prime Minister Jacinda Ardern said on Monday. Some virus-linked restrictions are to be eased starting Tuesday.

"Auckland hit 90% first dose and 80% second dose over the weekend, and it's now a matter of weeks away from 90% double-dose," Ardern said. "And so while we're getting those rates higher still, we are easing into our reopening."

After being under lockdown for nearly three months, retail stores, malls, libraries, museums and zoos in Auckland can reopen from Tuesday.

Australia has begun administering booster shots of the BioNTech-Pfizer COVID vaccine on Monday as restrictions in Sydney were further eased.

The country’s vaccination drive picked up pace since July after a wave of the highly infectious Delta variant of the virus pushed several parts of Australia into lockdown. The state of New South Wales, which houses Sydney, is close to hitting the 90%-mark for double vaccinations.