Coronavirus digest: Germany warns against travel to Netherlands and Greece

Germany has advised citizens from traveling to Greece and the Netherlands as cases there rise. Meanwhile, the US is mulling the relaxation of travel restrictions for many Europeans. All the latest COVID-19 news here. 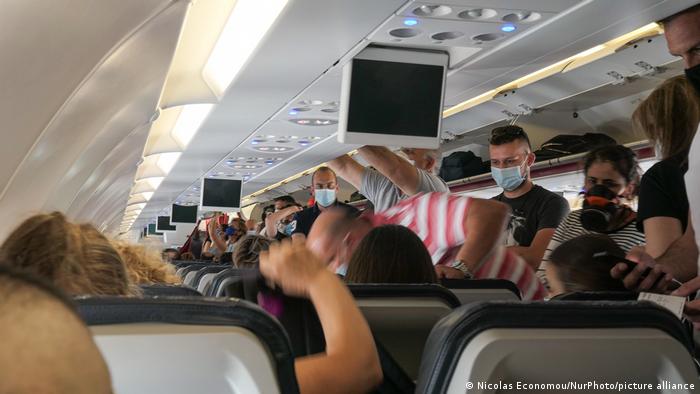 The German government from is reclassifying two of the most popular vacation destinations for its citizens — the Netherlands and Greece — as coronavirus risk areas.

The announcement from the Robert Koch Institute for disease control means that the German Foreign Office advises against tourist travel to these countries.

This classification also applies to Danish capital Copenhagen and its surrounding regions. People returning from these spots are expected to provide a negative test to if they are not vaccinated or recently recovered from COVID.

Germanyhas recorded 1,456 new COVID infections, taking the country's total tally to 3,741,781, according to data from the Robert Koch Institute (RKI) for infectious diseases. The death toll has risen by 18 to 91,337.

Here are some more of the latest coronavirus-related stories from around the world:

The European Centre for Disease Prevention and Control on Friday said it expected to see 420 cases per 100,000 for the week ending August 1.

The agency, which covers the European Union as well as Norway and Iceland, said that compared with a figure of just under 90 last week.

In France, the Eiffel Tower reopened to the public on Friday after shutting its doors for eight months due to the COVID-19 pandemic. 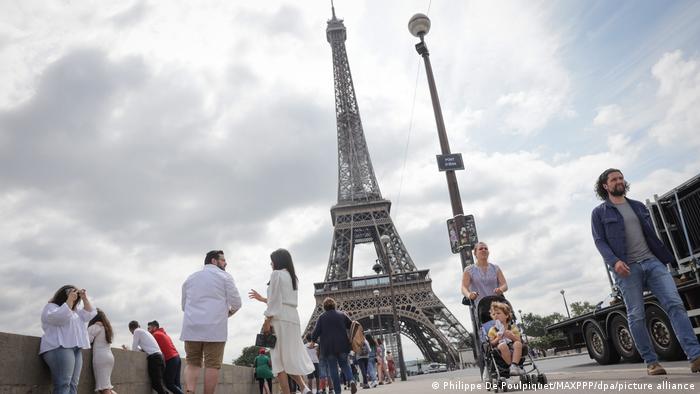 It’s the longest period of time the landmark attraction has been closed since World War Two.

Tickets were in high demand, selling out online, although a number of visitors were able to get tickets for visits later in the day.

The 130-year-old landmark had been due to reopen in December, but health concerns forced authorities to keep the popular attraction closed for business.

Hungary is set to offer a third dose of the coronavirus vaccine starting August 1, Prime Minister Viktor Orban said. It would be mandatory for all healthcare workers to take the vaccine. He added that it will be up to doctors to decide which vaccine is taken as the third shot. However, it must come at least four months after the second shot, unless medical advice says otherwise.

US President Joe Biden said experts are reviewing when the United States can lift travel restrictions that ban most-non citizens from coming to the country from much of Europe.

Speaking at a press conference with German Chancellor Angela Merkel, Biden said he hopes to be able to announce "in the next several days" when travel between the US and much of Europe will resume.

"I'm waiting to hear from our folks in our COVID team, as to when that should be done," he said.

"It has to be a sustainable decision," Merkel added. "It is certainly not sensible to have to take it back after only a few days."

Merkel: 'We must join forces and bundle our strength'

The United States has been urged to lift restrictions that cover most non-US citizens who have been in Britain, the 26 Schengen nations in Europe, Ireland, China, India, South Africa, Iran and Brazil.

The Schengen Zone currently faces stricter US requirements than many parts of the world with more significant outbreaks.

"He noted the ongoing discussions with the United States on reopening plans, and indicated that we could expect to start allowing fully vaccinated US citizens and permanent residents into Canada as of mid-August for non-essential travel," a readout of his call with leaders of Canada’s provinces said.

"Canada would be in a position to welcome fully vaccinated travelers from all countries by early September," it added.

Israel is considering stricter health restrictions to combat an increase in infections as the Delta variant spreads. The plans will need to be approved by the parliament.

Israel’s prime minister’s office said new plans would allow only vaccinated individuals or those who have recovered from the virus to take part in indoor events of more than 100 people. Masks will have to be worn, except while eating or drinking.

South Korea's prime minister said the country may have to impose stricter restrictions on private gathers as health authorities reported 1,536 new cases of the virus. The more contagious delta variant has led to a fourth wave of infections amongst the unvaccinated.

After imposing a semi-lockdown in the greater Seoul area, PM Kim Boo-kyum asked local governments to limit gatherings to less than four people across the country.

"If the number of confirmed cases continues to spiral, I stress that there is no choice but to further limit the number of gatherings after 6 p.m. outside the metropolitan area as well," Kim added.

Ask Derrick: The difference between strains and variants

The Philippines is reimposing stricter COVID measures after the country recorded its first cases of the delta variant. Sixteen people were found to have been infected with the delta variant, including five who came back from the UAE, Qatar and Britain.

A member of the Nigerian delegation has been admitted to a Tokyo hospital after testing positive for the virus at Japan's Narita airport.

This is the first virus-related hospitalization of an Olympics-related visitor, who was taken to the hospital because of their advanced age and pre-existing conditions. The person is in their 60s. No other details were disclosed.