European nations are considering stricter lockdown measures, including France and the Netherlands. Belgium has started air-lifting its COVID-19 patients to Germany. 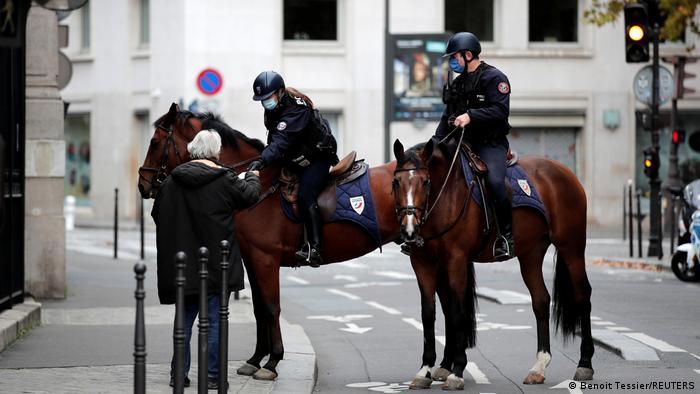 France could reimpose a stricter night curfew on Paris and possibly the surrounding region amid government frustration that too many people are ignoring lockdown rules as COVID-19 infections soar.

"It's unbearable for those who respect the rules to see other French people flouting them," government spokesman Gabriel Attal told BFM TV. "We need to take all the steps needed to fight the epidemic."

A final decision on a curfew had not been taken, the office of Prime Minister Jean Castex said. It will be discussed at a meeting between President Emmanuel Macron and senior cabinet ministers on Wednesday, a government source said.

German Health Minister Jens Spahn said Hundreds of thousands of people in Germany are in quarantine because they have tested positive for the coronavirus or have come into contact with someone who has COVID-19.

However, the country has a sufficient number of intensive care beds to cope with a surge in coronavirus cases, according to the head of Germany's DIVI association for intensive/emergency medicine.

In fact, neighboring Belgium's surging second wave of COVID-19 cases has forced it to move some severely ill patients to Germany. Air ambulances have started flying Belgian patients further into the country.

The Netherlands is planning tighter lockdown measures, including a recommendation that people avoid foreign end-of-year holidays.

Bars and restaurants were ordered to close for at least a month on October 13 as the country imposed a partial lockdown to slow a second wave of COVID-19 infections.

While the initial curbs appear to have slowed infections, the daily number of new cases in the Netherlands remains relatively high at more than 8,000.

Meanwhile, in Sweden, the country's health agency released new data showing there had 10,144 new coronavirus cases and 31 more deaths due to COVID-19 since Friday.

The United States remains the country that has the highest number of total deaths, with 231,566 fatalities, data reported by AFP on Tuesday showed.

California mayors have appealed to the state's governor to ease curbs that have shut theme parks such as Disneyland, warning that hundreds of thousands of jobs are on the line.

Restaurants, bars, theaters and other amusements have been closed to slow the spread of the coronavirus. Many Germans say they reject the new restrictions. But they are there for a reason, DW's Sabine Kinkartz writes.