Some German health economists argue that the country has too many hospitals. Their critics say that this is an advantage in times of crisis such as now. What will happen when the coronavirus crisis subsides? 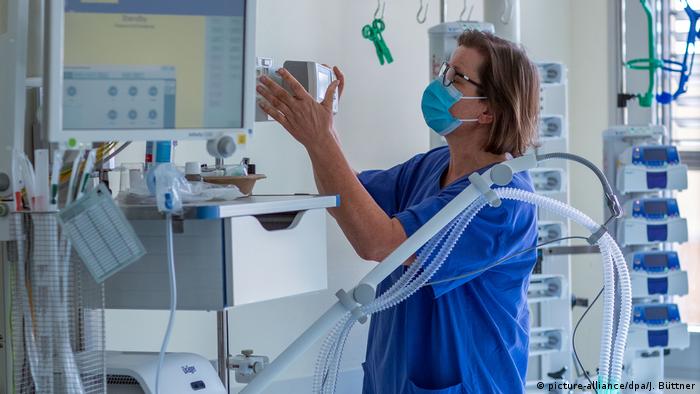 When is hospital capacity going to overwhelmed? That has been the big question in Germany in recent weeks. Outside of Germany, people have been asking how the country has so far managed to keep the coronavirus crisis so well under control.

So far, the number of deaths from COVID-19 has been much lower in Germany than in other countries with a similar amount of cases. In contrast to other EU member states such as Italy, where there is a shortage of beds and ventilators, Germany's health system has not been pushed to its limit.

One reason put forward is that Germany has twice as many intensive care units per capita as France and almost four times as many as Italy or Spain, according to the Organization for Economic Cooperation and Development (OECD). 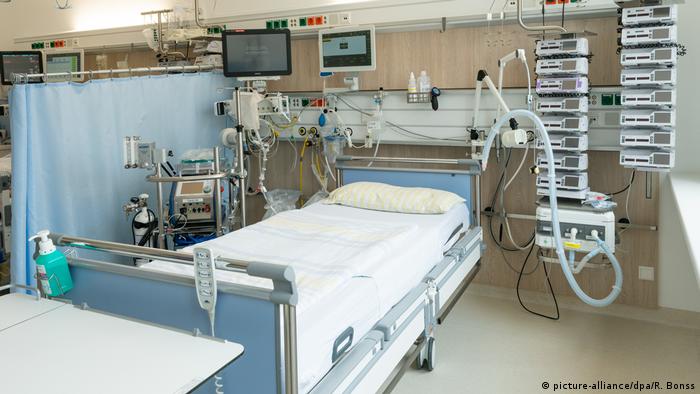 Yet not that long ago, certain health economists alleged that Germany had an oversupply of hospital beds which was expensive and unnecessary. "There are too many hospitals in Germany," wrote the authors of a study commissioned by the Bertelsmann Stiftung foundation in summer last year.

They recommended a mass closure of hospitals. "The reduction of the number of clinics, which currently lies at 1,400 to 600, would improve the quality of patient care and alleviate the shortages of doctors and careworkers," they concluded, drawing widespread criticism on social media.

In 2016, the German National Academy of Sciences Leopoldina, which has been advising the German government on the coronavirus crisis, wrote of an "unnecessarily bloated system with too many hospitals".

In view of the current situation, many are arguing that it is Germany's overcapacity that has allowed the country to fare so well. Georg Baum of the German Hospital Federation (DKG) told DW that the situation would be "considerably worse" today if the Bertelsmann foundation's recommendations had been implemented. "We would have had much fewer clinics at our disposal and definitely not as many ICUs". 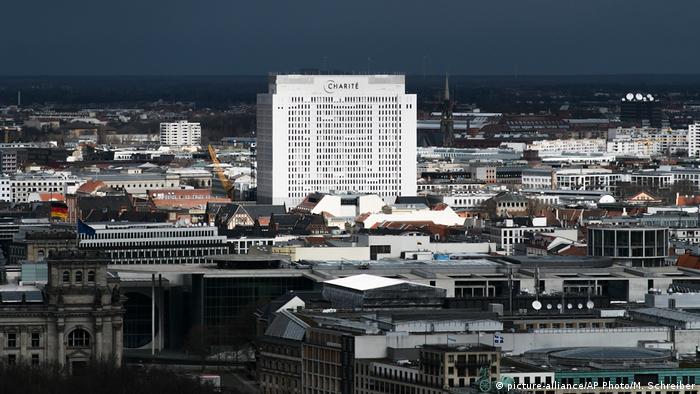 Berlin's Charitè is the biggest hospital in Germany with a capacity of treating 3,000 in-patients

The Bertelsmann foundation did not answer DW's question about whether it had reviewed its recommendations in view of the current crisis, saying that it was "far too early to draw significant conclusions for the future structure of hospitals, from an unpredictable crisis."

Martin Albrecht from the Institute for Global Environmental Strategies (IGES), a private research institute in Berlin, who co-authored the Bertelsmann study was less reluctant to express an opinion. "In light of the pandemic, our study has been strongly criticized and people have said the results are not tenable. However, I don't agree at all," he told DW.

He argued that the current situation with regard to critical cases of COVID-19 actually supported the study's main theory. "It argues that hospitals should concentrate on critical cases. And to do this they need better equipment and more staff."

The authors argue that skills, equipment and staff should be concentrated and spread around fewer but larger hospitals that have state-of-the-art technology and are available 24 hours a day, seven days a week.

For example, he explained, when it came to artificial respiration, COVID-19 patients not only needed ventilators but also experienced specialists because it was an extremely complex process. "We need staff that have the appropriate experience. This is not possible to the same extent in 1,000 different places. It would make sense to concentrate capacity and expertise."

The study recommended that many smaller, poorly equipped hospitals should thus be closed, suggesting that many of the procedures carried out there could actually be covered by general practitioners and that Germans went to the hospital too often. "About a quarter of the cases that come to German hospitals today do not need to be treated in hospital."

However, critics fear that the foundation is more worried about costs than about quality. Georg Baum does not believe that the healthcare system should be guided predominantly by an interest in efficiency. He says it is because there were reserves that Germany's hospitals have been able to cope. "This overcapacity is a life insurance for many people at the moment and for the entire German healthcare system".

He presents the example of the main hospital in the city of Wolfsburg which stopped taking patients at the end of March after so many staff members were infected with coronavirus.

This was only possible because it was small, he said and there were reserves. A system based on fewer but bigger hospitals was more likely to suffer in a pandemic, he added. "Hard to imagine what might happen if one of these big hospitals had to stop taking in patients because of infections."

Martin Albrecht agrees that reserves are necessary for such situations and the system should not be "trimmed to 100% efficiency." However, he believes that an extreme case such as the coronavirus pandemic should not be the guiding factor for everyday planning. "No healthcare system can afford this, it's too expensive."

It's a question of perspective, says Baum. "At the moment, billions are being lost worldwide because of the virus. By comparison it is actually cheaper to have some overcapacity in hospitals."

He hopes that the crisis will have an impact on the general debate about health care systems. He said that before the crisis, many politicians were in favor of a complete overhaul. Politicians have understood the importance of our hospital capacity."

Albrecht, however, insists that the debates of past years were "right" and warns against turning back the clock on the "privatization and market mechanisms of health care."

Whatever happens, what is already clear is that after the coronavirus crisis there will be fewer funds available for healthcare, from both the public and private sectors.