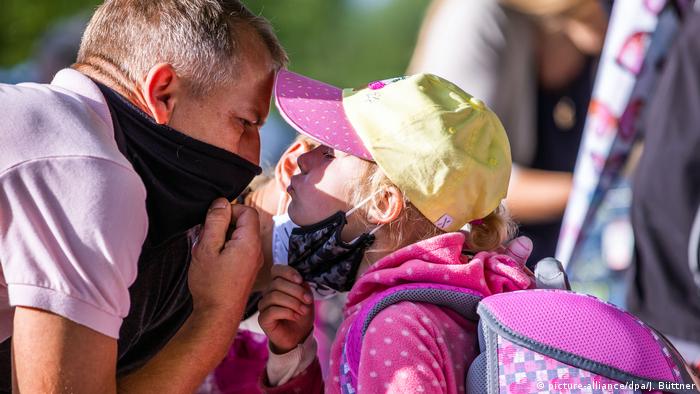 Children are often infected by the coronavirus without knowing it

Numerous studies have looked into the role that children play in spreading SARS-CoV-2, the novel coronavirus. On January 4, microbiologist Michael Wagner from the University of Vienna and his team presented their latest research findings on how schoolchildren contract and spread the virus. In November last year, they discovered one infected child — without symptoms — in every three to four classes examined.

The researchers conducted the study by asking pupils to spend one minute gargling a special salt solution and then spitting it into a test tube. A PCR test was then conducted on these samples to scan for the coronavirus. This procedure is far more pleasant for children than receiving oral swabs.

The study found that children are frequently infected, often even more frequently than adults, yet rarely show symptoms. This is why they are hardly subjected to coronavirus screenings. "If I examine infected schoolchildren and ask myself whether there are other cases at the same school — without testing symptomless pupils — I cannot infer the source of the infection," Wagner told German public broadcaster ARD. He says entire classes should be tested several times over even if just one child tests positive in that class. Otherwise, he argues, one cannot know to what extent the virus has spread. 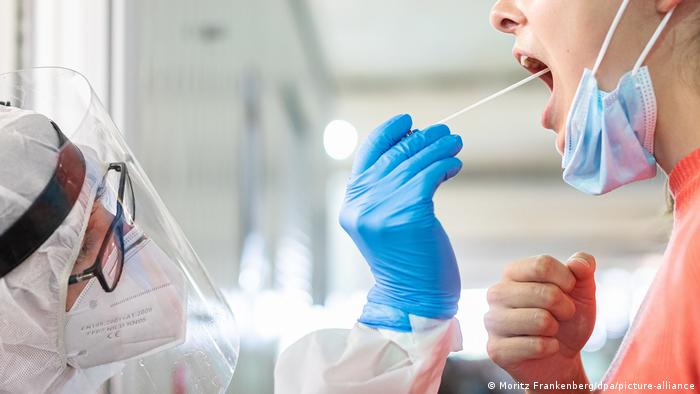 Children in the Viennese study only had to gargle a salt solution for their test, unlike the usual method shown here

Up to now, most scientists have assumed that children played a marginal role in spreading the coronavirus. One study by the Munich-based German Research Center for Environmental Health, however, used antibody tests on children and found this assumption to be untrue.

Annette-Gabriele Ziegler, who led the research project, says: "We carried out antibody tests on children and found that more than six times as many had contracted the coronavirus than previously assumed."

Between January and July 2020, the researchers tested blood samples from some 12,000 Bavarian schoolchildren for SARS-CoV-2. Study participants ranged from just 1 year old to 18 years old. One-third of those who lived with family members who had tested positive for the virus had traces of SARS-CoV-2 antibodies in their blood.

Approximately half of these children remained symptomless. Antibodies against SARS-CoV-2, incidentally, can be detected only after between one and four weeks after infection. 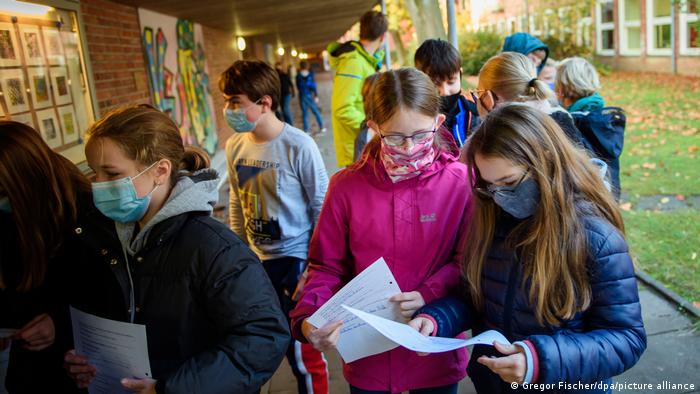 Schools are a potential breeding ground for infections

That children can contract the virus without showing any symptoms and therefore pose a greater risk of unknowingly spreading the virus partly has to do with their so-called naive T cells, says microbiologist and immunologist Donna Faber. Among other things, Faber investigates antibody response of children and adults to SARS-CoV-2 at Columbia University.

Faber also led a study examining childrens' untrained immune responses and how this can shed light on eliminating SARS-CoV-2. 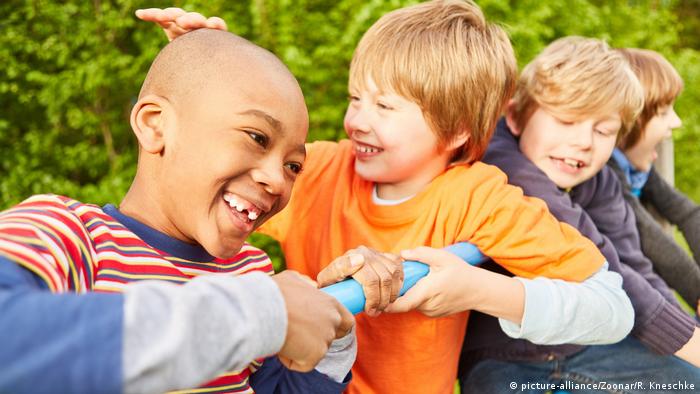 Children have a different immune reaction to viruses than adults

"Children show a different response to viruses in general and coronaviruses in particular," Faber told DW. "This results from their naive T cells."

"These new T cells are able to respond differently to new pathogens," says Faber. "Children are constantly producing these new, so-called naive T cells; they have an entire arsenal of them. Adults, though, gradually lose the ability to produce new ones."

These cells circulate between blood vessels and peripheral lymphoid organs. After coming into contact with an antigen, they begin reproducing, launching an adaptive immune response.

The T cells found in adults, in contrast, are targeted toward specific infections that the body has already endured, for instance from influenza viruses. This means adults' immune system responses are more effective against such infections. Now, however, both children and adults are facing a new pathogen, SARS-CoV-2, which the former can cope with better because of their naive T cells.

As many children remain symptomless despite contracting the virus, many have underestimated their role in spreading the virus. Annette-Gabriele Ziegler says kindergartens and schools must therefore adopt much stricter preventive measures to help contain the pandemic. These include social distancing, ventilating classrooms, and teaching small groups of pupils. She says that in addition, schoolchildren should be screened more rigorously for the virus even if they are symptomless.

Lars Klingbeil of Germany's Social Democratic Party has suggested that working parents with young kids requiring daycare during COVID lockdown must be given paid leave by their employers.

Study from the University of Vienna (in German)

Study from the University of Vienna