A functioning immune system is crucial in the fight against COVID-19. To maintain it, the body needs sufficient vitamins and other nutrients. But that is exactly what many people lack. 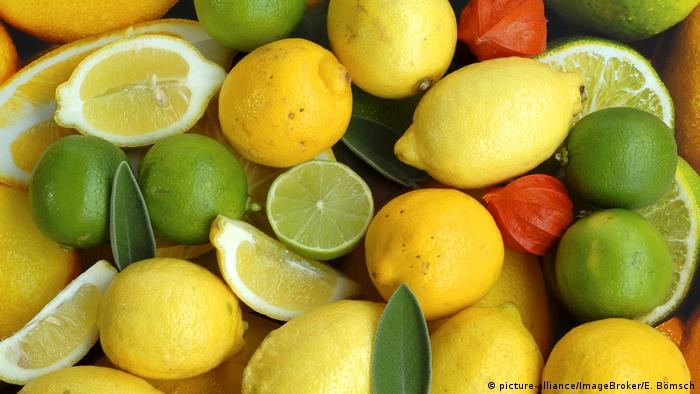 Wearing masks, keeping your distance, washing your hands — those rules currently apply around the globe. There is not much more we can do, except wait for an effective drug against COVID-19 to be developed. Right? No, not quite!

There is something else that is now more important than ever and that should be no less stressed than good hand hygiene. Something that has not gained a prominent place in either the public debate or in the catalogue of government recommendations: a functioning immune system.

Biochemist Adrian Gombart,  who is doing research on the relevance of nutrients  for the immune system at the Linus Pauling Institute of Oregon State University, wanted to change this situation. Together with his colleagues, he set about producing a review paper  summarizing the results of studies on different nutrients and their influence on the human immune system. These are findings that could be an additional weapon in the fight against the novel coronavirus.

Why we need vitamins

Nothing works without vitamins

"The measures being taken are all important. But it is also important that we pay attention to our nutrient status so that our immune system can function at all," said Gombart. This is especially important in stressful times like these, when we tend to comfort ourselves with junk food, he says. After all, getting enough nutrients is not really a focus of our interest at the moment.

Yet vitamins C and D and other micronutrients such as zinc, iron and selenium are much more than just "nice to have." In the worst case, a nutrient deficiency can open the door to the viruses because the body is unable to defend itself against the invaders. For people who belong to a risk group, the danger of a severe course of disease is then particularly high.

This comes down to simple biochemistry: "Every cell in our body uses different micronutrients to function," says Gombart. Micronutrients include vitamins, minerals and omega fatty acids.

Unlike macronutrients such as fat, carbohydrates and protein, the micronutrients do not provide the body with energy, but they are nevertheless essential for the basic functions of an organism — not only for cell metabolism, but also for the defense system.

Holding the lines of defense

Adrian Gombart's research focuses mainly on vitamin D. "A few years ago, our research group discovered that vitamin D regulates the expression of a gene encoding an antimicrobial peptide," he says. Such peptides are involved in the body's non-specific defense mechanisms. "Vitamin D is also involved in the regulation of other immune-related genes," Gombart says.

On the other hand, a vitamin D deficiency can leave a gap in our body's defenses. Intruders then have an easier time of it.

But in the best-case scenario, the human body can do a lot to defend itself. Intruding germs must first pass through the skin and mucous membranes. If they manage to overcome this first line of defense, the body reacts to the invaders with phagocytes, antimicrobial proteins and inflammation. These processes are among the body's non-specific defense mechanisms. But if this generalized defense does not help, things have to become more precise.

SARS-CoV-2 can be fought only by a very specific immune response. Lymphocytes detect foreign microorganisms and molecules alien to the body — such as viruses. The lymphocytes can then produce antibodies and go into battle like sharpshooters.

These processes can function as they are meant to only if the body is well-equipped — for example, with vitamin C. "Vitamin C is needed, among other things, to form reactive oxygen species, also known as oxygen radicals. These radicals are another of the body's weapons in the fight against pathogens," says Gombart. Vitamin C is also involved in the production of antibodies, without which the body cannot keep COVID-19 in check.

Schiffer is a geneticist and gerontologist and the scientific spokesperson of the Forever Healthy Foundation. When there isn't a pandemic going on, Schiffer and her colleagues examine the question of how people can become as healthy as possible as they age. Their recommendations are based on findings from various scientific disciplines.

Who is immune and for how long?

Naturopathy from a scientific point of view

This holistic approach also includes naturopathy. In order to "make a contribution" during the coronavirus crisis, as Schiffer says, the Forever Healthy team set out to find medicinal plants whose effectiveness has been confirmed in clinical studies.

"We have found that there is very little knowledge about plant substances that might potentially be able to help attenuate symptoms or alleviate the course of an infection," says Schiffer. The scientist finds it important to emphasize that naturopathy cannot replace conventional medicine, but can complement it.

"Many people who hear the term 'naturopathy' immediately have an image in their minds of some miracle healer who wants to cure cancer. That is, of course, not what naturopathy can do," says Schiffer. It is much more about strengthening the immune system, she says.

Schiffer and her colleagues have identified elderberry as one of the plant substances that might be helpful in the fight against COVID-19: "Clinical studies have shown that elderberry extract reduces the likelihood of catching a cold and shortens the duration of respiratory problems in influenza patients," said Schiffer.

Read more: Is taking too many vitamins harmful?

The positive effect of elderberry is not mere hocus-pocus but has to do with biochemistry: It contains numerous vitamins and trace elements. Both Isabelle Schiffer and Adrian Gombart believe that it is currently advisable to increase the dose of vitamins and other micronutrients with the help of supplements. Most people lack enough vitamin D in particular.

The German Federal Institute for Risk Assessment (BfR) does not share their view of the efficacy of supplements: "In principle, a balanced and varied diet provides the healthy body with all substances essential to life," it says in a statement.

However, the institute admits that there are exceptions to this rule: During pregnancy and breastfeeding, the need for nutrients is increased. Elderly people, who are the top risk group in the current situation, also often tend to not have enough of them.

There is much to suggest that the question of a functioning immune system deserves a higher priority in the political debate on public health. Healthy eating should not be a question of lifestyle but a measure for the prevention of disease. Just like thorough hand washing.

How does the immune system work?

Throughout the pandemic, a lot of nutrition advice has been handed out. But is there any single food that can help prevent a serious COVID-19 infection?