Coronavirus: A dry spell in Germany′s beer region | Germany| News and in-depth reporting from Berlin and beyond | DW | 05.05.2020

Franconian Switzerland is the region with the most breweries in Germany. As a result of the coronavirus lockdown, its beer gardens and pubs currently have no income — and some of them fear they won’t survive. 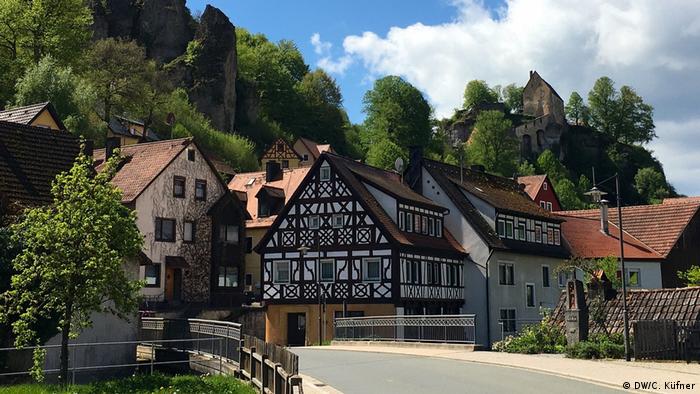 Alois Schmitt sweeps the pollen from a bench in his deserted beer garden. Coronavirus has driven away all his customers. Pollen swirls up in a yellow cloud as Schmitt sits down and gazes thoughtfully across at his ancient tavern with its listed facade. Above the door, a simple wooden sign reads "Kathi Bräu." Schmitt is the master brewer here. "We'll get through this crisis somehow," he says, "but it's going to be tough."

The small "Kathi" brewery near Bayreuth dates back to 1498. One of the oldest in southern Germany, it has been hit very hard. Daily takings from the tavern and beer garden make up the majority of its income. They brew a good draft dark beer, says Schmitt. The place would be normally be buzzing by now: "On the long May bank holiday weekend we could be sure of having several hundred visitors — per day, that is." 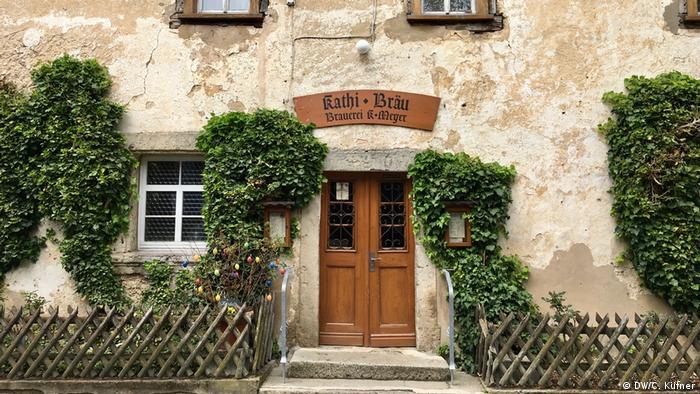 The Kathi brewery and inn is over 500 years old

A hundred breweries in the region

There are around 100 breweries scattered around the region northeast of Nuremberg known as Franconian Switzerland. Aufsess, which has just 1,500 inhabitants, leads the field with four; the rustic "Kathi" is one of them. A hiking trail that winds around the village leads visitors on from one brewery to the next. By the time they reach the end of its 14-kilometer (8.7-mile) route, hikers often find that they're no longer quite sober, and end up staying the night at one of the local inns.

The old breweries are therefore very important for tourism in the area — and there is no higher concentration of them in the world. Aufsess's four breweries have even earned it a spot in the Guinness Book of Records. Prices here are reasonable, and the landscape, with its green valleys, weird rock formations, and half-timbered villages, is idyllic. All this attracts visitors — almost 10 million day trippers and more than 1.5 million overnight guests per year.

Read more: Oktoberfest in Germany canceled due to coronavirus outbreak

The "Kathi" isn't the only place affected now that these visitors are staying away. The Reichold brewery and guesthouse is the next stop on the route, and it's also completely empty. Katinka Reichold, the landlady, has put flowers on the tables anyway: light blue forget-me-nots, fresh from the garden. She wants it to look a bit nice, even though the restaurant and all 27 rooms in the guesthouse are empty until further notice. "We're here all day, too," she says, with a sad smile.

Rarely have they experienced such quiet, says her husband Hilmar, the senior manager in the brewery. "We don't even need to talk about the loss of earnings; it's madness." But with no money coming in from the restaurant or guesthouse, it helps that Reichold bottles most of his beer. Unlike draft, he can sell the bottled beer to supermarkets. Many of the locals also come by in person and pick up a crate. People still want to go on drinking beer, coronavirus or not; Reichold is sure of that. 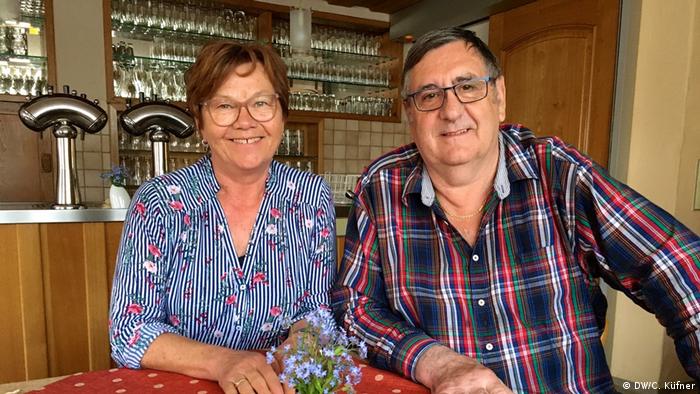 But the beer would probably flow even better if the breweries weren't having to do without festivals as well. Every year around 280 country fairs take place in Franconian Switzerland. Most of them have now fallen victim to the coronavirus crisis, as has the more than a century old "Walberla" festival, which is held on top of a hill called the Ehrenbürg. At the beginning of May every year, hundreds of visitors make the pilgrimage up rocky paths to the plateau at the top and enjoy the view of the countryside from on high — with a tankard of beer in their hands. 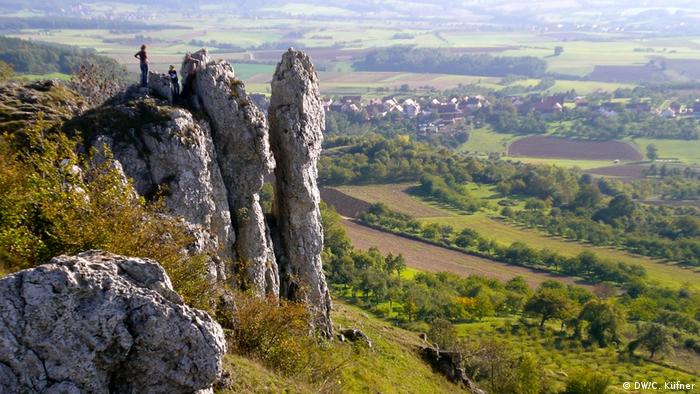 Less than a quarter of an hour away lies the village of Pretzfeld. Master brewer Mike Schmitt sits in the courtyard of the small Nikl brewery, frowning. Right now, he would normally be serving his seasonal lager on the Ehrenbürg, alongside eleven other breweries from Franconian Switzerland. That income is completely gone — as is the income from six other summer festivals, says Schmitt. "Festivals are our main business. Financially, the year is basically over."

Masks in the beer garden?

Customers can order a hearty meal of pork knuckle from his restaurant, and collect it as a takeaway; they can also buy beer in its online shop at the click of a mouse. Both of these are going well at the moment, says the young master brewer — but they don't come close to making up for the business they've lost, not to mention the running costs and repayments on important investments they've made to the brewery. Schmitt has, of course, also applied for coronavirus assistance. Will his brewery survive the crisis? "Right now, I couldn't tell you." 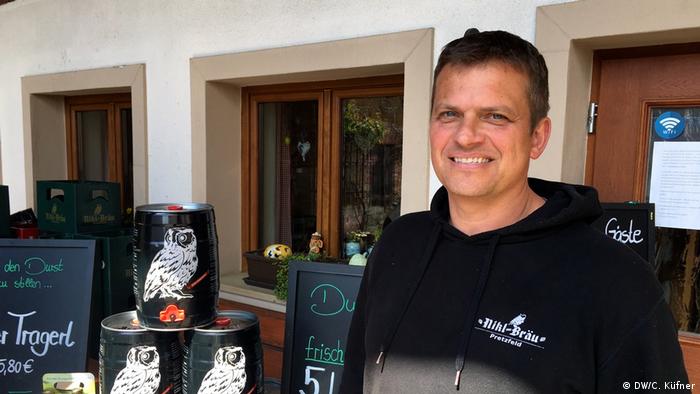 Jonathan Wunderlich still hasn't completely given up on the beer season. He's the lessee of the "Pretzfelder Keller," a big beer garden nearby. He's spending the time working on the little shed where the beer barrels are usually stored. He hopes business might start up again after Whitsun. Social distancing would certainly be possible on his premises: "I have enough space," he says. But he's not sure what it'll be like if everyone sitting at the tables has to wear a mask. "The atmosphere definitely wouldn't be anything like as nice and cozy as before."