The COP15 conference is meeting to address issues of land degradation, advancing deserts and deforestation. Experts and activists hope that this will not be just another high-level conference with no concrete results. 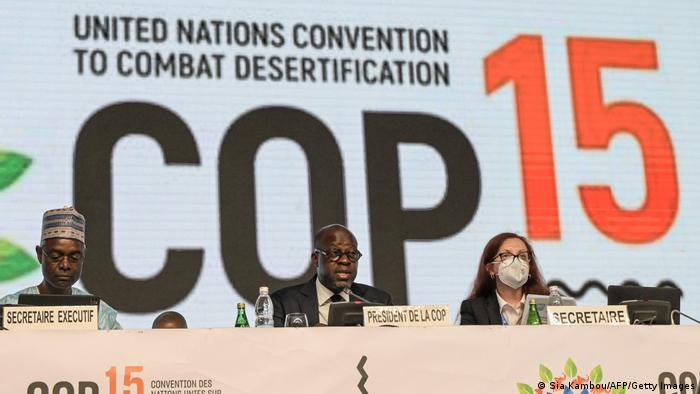 The 15th session of the Conference of the Parties (COP15) of the United Nations Convention to Combat Desertification (UNCCD) is taking place under the motto "Land. Life. Legacy: From Scarcity to Prosperity."

A dozen of heads of state and almost 6,000 delegates are meeting through May 20 in Ivory Coast's capital, Abidjan, to find ways to avert wide-scale disaster.

Halfway through the conference, which has produced much reflection but, so far, little additional funding, experts and activists voiced concerns that COP15 might not lead to the bold steps needed.

The Chadian environmentalist and Indigenous rights advocate Hindou Oumarou Ibrahim told DW that she has seen progress in the promise of involving local communities in all projects implemented. "This is a positive aspect," she said. But she added a cautious note: "We will see in two years, before the next COP, what will happen and if the promises will have concrete implementation." 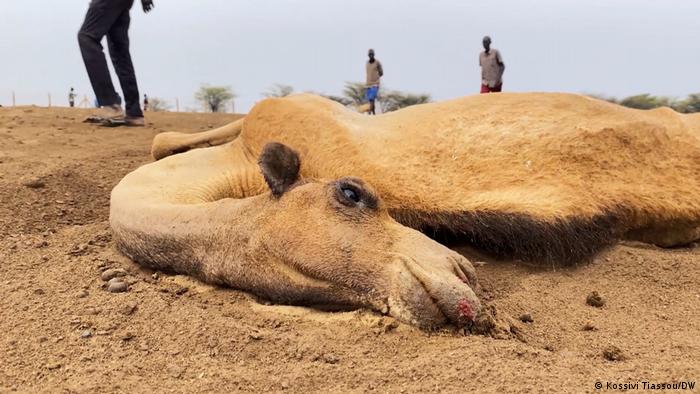 Funding the fight against desertification remains a problem. "It would take more than $30 billion to achieve the objectives of the UN Convention to Combat Desertification, if we want to avoid the impacts of inaction that could cost even more," said the Chadian environmentalist.

And according to the UNCCD's senior coordinator for partnerships, Camilla Nordheim-Larsen, the $30 billion (€28.8 billion) investment estimated by her convention could generate 400 million new jobs.

Nordheim-Larsen was speaking at a session on innovative financing mechanisms for sustainable landscaping organised by the African Development Bank and partners on the margins of the conference in Abidjan.

The president of the COP15 organizing committee, Abou Bamba, told DW that the economies of many African countries, including the Ivory Coast's, are dependent on agriculture. "The question today isn't to produce or not to produce," he said. "We have to live; we have to feed our families." There is also the need to generate revenue through cash crops to finance development. "However, we are going to produce more, and we are going to produce better, while preserving the ecosystem," Bamba said.

According to a report by the United Nations Environment Program (UNEP) Africa is particularly vulnerable to land degradation. It is the most severely affected region worldwide, with desertification encroaching on about 45% of Africa's land area, while the remaining land is at high risk of further degradation.

These developments play a major part in the current drought on the Horn of Africa. In Somalia, 6 million people — nearly 40% of the population — face extreme levels of food insecurity. The UN recently warned that more than 3.5 million Somalis are at risk of famine.

Other countries on the continent have long felt the dire consequences of climate change too. A case in point is the conference's host, whose economy depends on agriculture. According to the World Bank, Ivory Coast is the world's top exporter of cocoa beans, raw cashew nuts and a net exporter of oil. 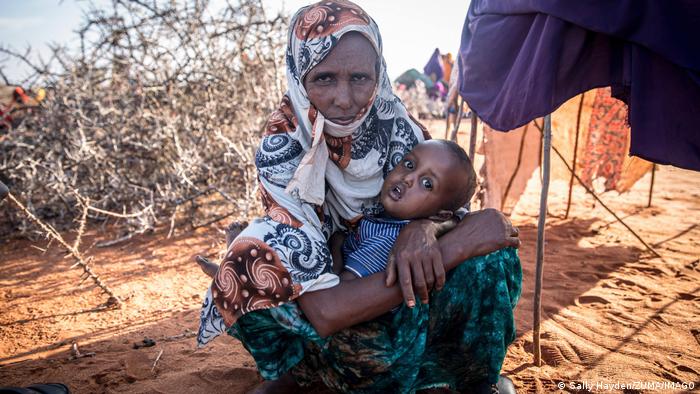 The UN warns that 3.5 million Somalis could be facing famine

An ambitious plan or just talk?

Ivory Coast has launched the "Abidjan Initiative" to protect its forests. The program aims to restore 20% of the country's forests by the end of the decade and prevent further deforestation. Abidjan was able to secure $1.5 billion for the plan in the early days of the conference. Prime Minister Patrick Achi invited other countries to join the initiative.

"The Abidjan Initiative is a comprehensive and integrated response which aims first to create the conditions for a sustainable environment, and then to give the agricultural sector a powerful role in creating jobs and income," he said.

Rachel Lydie, an Ivorian activist for sustainable and responsible production, was skeptical. "Today, in Ivory Coast, we talk more than we act. We do not carry out concrete actions," she told DW. 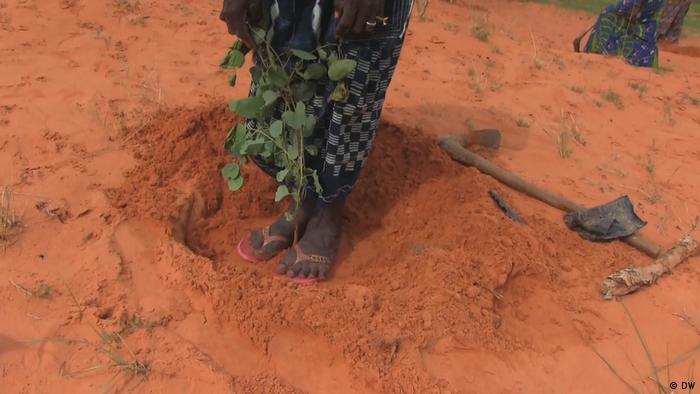 Several projects in Africa are trying to stop desertification

Civil society was also not happy about the election of former Ivorian Water and Forests Minister Alain Richard Donwahi to the COP15 presidency. The ministry, which he headed from 2017 until April 2022, is being audited after reports of timber trafficking.

The audit, confirmed by the government, came after the dismantling of a vast trafficking network in precious wood that, according to the magazine Jeune Afrique, involved members of Donwahi's administration. The former minister denied any link to wood smuggling networks.

The question of the president not being officially an issue at the conference, African delegates are concentrating into turning this meeting into an African COP. Niger's Athanase Bouda told DW that hosting the conference in Africa has led to more intensive and fruitful exchange with partners: "They want to continue to support our projects and have made further promises. I think hope is allowed."

Adapted from French by Cristina Krippahl

Protecting the planet against desertification

The continent is upping the pressure on wealthy nations to make good on their climate finance pledge. But a lack of expertise on the ground has also stalled crucial adaptation projects.