Two decades after its sudden collapse, Uganda has resurrected its national carrier. Some Ugandans are optimistic about the airline's revival, but can it avoid repeating the same mistakes which led to its closure? 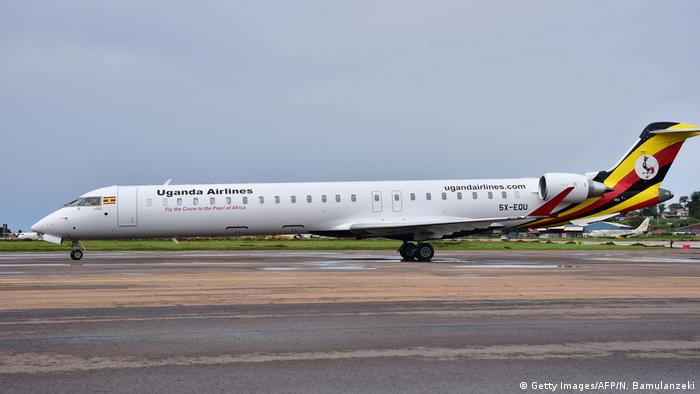 After suddenly ceasing operations in 2001, Uganda has resurrected its national carrier. Uganda Airlines was established in 1977 as the county's flag carrier. At the time of its closure, it flew to eight destinations. It reportedly went defunct due to a combination of poor management and low clientele.

However, in a bid to compete with regional carriers like Kenya Airways and RwandAir, Uganda has acquired two 74-seater Bombardier aircraft with the intention of reviving the national airline. It has 90 days from the date of delivery of the planes to begin commercial flights in July. The government intends to expand its fleet to six planes and has secured six regional routes, including Nairobi, Bujumbura, Dar Es Salaam, Juba, Mombasa and Mogadishu.

Transport Minister Monica Azuba says the government is determined to avoid past mistakes this time around.

"The government is committed to getting things done right and this is why we have chosen to launch the carrier with brand new aircraft and ensure that it is fully and properly funded," she says.

"The airline was heavily undercapitalized: Poor managers were not competent [enough] to manage a competitive airline at that time," he told DW. "There was also political interference regarding the appointment of board members." 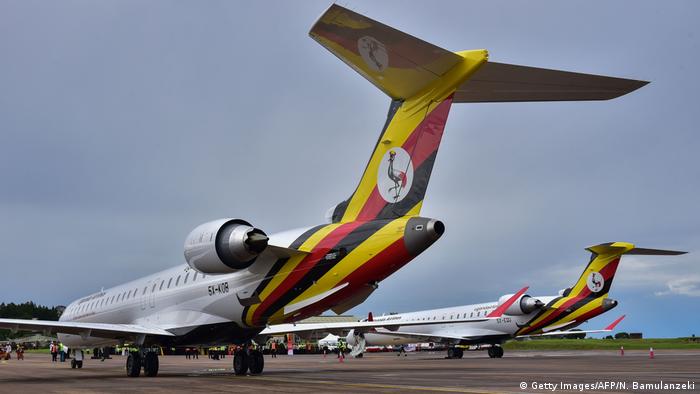 Two Bombardier CRJ900 aircraft are already based at Entebbe airport outside Kampala, waiting for flights to begin

Another prominent politician and pilot, Francis Babu — who also worked for East African Airways in the 1970s before it shut down — told DW that, "at the time they didn't have sophisticated ways of running an airline."

"For example, tickets could be bought off the counter," he says. "Now you have to buy a ticket through a computer, and if you don't pay for it, they cannot give you a free ticket anymore like they used to."

Babu also says that businessmen and women as well as politicians could access free credit to be used for flights within the region and beyond. However, this would go on to have major consequences: While the airlines continued to borrow money to meet the high costs of operation, they failed to pay back the loans, leading to their eventual demise.

Between 1992 and 1994, Benedict Mutyaba was the managing director of Uganda Airlines and struggled to keep it in operation. Mutyaba says that at some point he had to hire planes from Zimbabwe to keep the airline running. But this did not solve the problem as expected.

"The airline continued limping on without enough aircraft, without enough capital," Mutyaba told DW. "And then you have the perennial African problem of the government telling you what you should do."

Wilber Ahebwa, a Lecturer at Makerere University, warns that Uganda Airlines could again face the same fate because the commerical airline business is now more competitive than ever.

"If it is going to be run like a government parastatal, where people don't pay and schedules are not kept, then competitiveness will not be achieved."

Uganda Airlines is now the only competitive business directly run by the government. Most parastatals were sold off and privatized after recording consistent losses due to poor management. Private individuals manage others on behalf of the government. 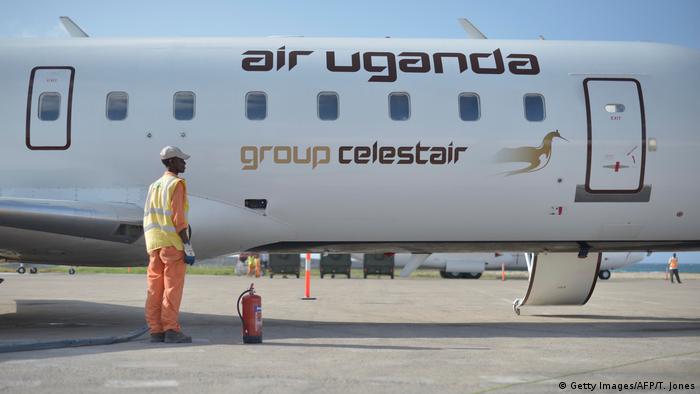 Ugandans spend over $400 million (€356 million) on flights every year, but the government now has to convince frequent flyers to book their tickets with the newly resurrected airline. President Yoweri Museveni has already said all government officials will be required to fly with Ugandan Airlines.

"By starting this airline, we are going to reduce the foreign exchange expenditure," he told reporters. "Ugandans will [still] be spending money, but they will be spending it on our airline."

Frequent flyer Geoffrey Katabarwa is excited about the re-launch of Ugandan Airlines.

Local trader Farouq Mubiri, who often travels for business, thinks reviving the airline is a good idea for the long term future of Uganda.

"Uganda is a landlocked country [so] we cannot afford to be airlocked," he told DW. "God forbid, if any calamity arose in Uganda and there is chaos, all [the] foreign airlines will shun Uganda's airspace. But if you have a national airline in place, it connects you so that you are not airlocked."

Ugandan government runs out of passports

Ugandans hoping to travel abroad have been left stranded after the country’s Ministry of Internal Affairs ran out of stock for ordinary passports. The problem is expected to last for at least one month. (16.06.2017)

A strike staged by more than 4,000 Kenya Airways employees has been called off after the airline agreed to raise wages. Still, the situation remains chaotic in airports across Africa because of the labor action. (16.08.2009)

US plane maker Boeing has announced it will take control of the commercial business unit of Brazil's Embraer. This will put the American aerospace giant in a position to compete in the market for smaller jets. (05.07.2018)