The far right has been making big gains in opinion polls in Vienna and could win close to a quarter of the votes in October's election. But many are concerned by the party's use of xenophobic slogans. 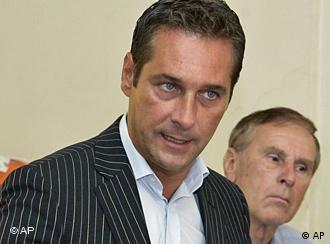 Austria's far right Freedom Party (FPO) is causing outrage with its advertising campaign for upcoming Vienna city elections. Its posters have been described as racist, dangerous and reminiscent of Nazi slogans.

The slogan causing all the fuss appears in bold letters across huge billboards next to the smiling face of Freedom Party leader Heinz Christian Strache. "Mehr Mut für Wiener Blut" - more courage for Viennese Blood. The next rhyming line goes on to say - too many foreigners does no one any good. 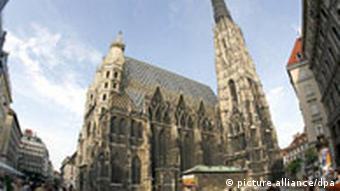 Vienna is home to 1.7 million people

The phrase draws on the title of a Strauss operetta popular early last century, as well as a hit song from the 1980's by Austrian rocker Falco. But the Social Democrats who currently hold power in Vienna say it's straight out of the Nazis' vocabulary, emphasizing purity of race and blood.

For Eric Frey, the managing editor of the Vienna daily Der Standard, the language is blatantly racist.

"This is racist, it is openly xenophobic," said Frey. "It's part of the campaign strategy."

"Strache is going to run a kind of a two pronged campaign, trying to mobilize his core voters and then trying to appeal to the working class voters who are generally not really happy about voting for FPO," said Frey.

The Freedom Party claim they only intend to emphasize their support for Viennese traditions. They point out there's little that's more authentically Viennese than Strauss and Falco. 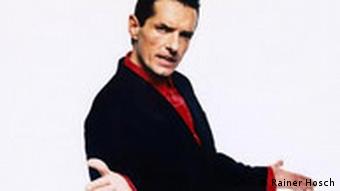 But most commentators disagree. Benedict Narodoslawsky, the author of a book about the Freedom Party, says that although the party claims the slogans reference to Viennese culture, its leaders know just how provocative their words are.

"They say no, that reminds us of Strauss, and Falco. That's just the automatic defense against the critics," said Frey. "Of course they are calculating that it has this negative connotation."

The Freedom Party, long seen as the party of Jörg Haider, has enjoyed popular support under its new young leader, Heinz Christian Strache. A recent Gallup poll suggested it could win 23 percent of the vote in Vienna, where most of Austria's immigrants live. A win would have major consequences for the Social Democrats: they would lose their absolute majority and be forced to form a coalition with one of the smaller parties. 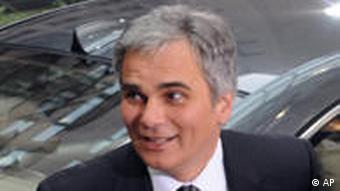 It could also have implications for the Chancellor Werner Faymann, whose Social Democrats lead the federal coalition and who have suffered a string of losses in recent regional elections. According to Frey, Faymann is depending on Vienna May or Michael Häupl to minimise Freedom Party gains.

"The question of whether Häupl can keep the absolute majority or lose it partly because of the strength of the FPO can make or break Faymann's political future," Frey said.

Vienna is a city where every second household has at least one member of migrant background. Even in the time of Johann Strauss, it was a city of migrants from all parts of central Europe. In eight weeks, the multi-cultural city will give its verdict on the Freedom Party's exploitation of one of their best known traditions.

Right-wing 'housewife' wants to be Austria's next president

On Sunday, Austrians will go to the polls to choose a new president. The incumbent Social Democrat is favored to win, but a far-right candidate is causing controversy. (24.04.2010)