A Berlin court has ruled that anatomist Gunther von Hagens will be allowed to open a museum displaying preserved human bodies and body parts. The museum is set to open in January 2015. 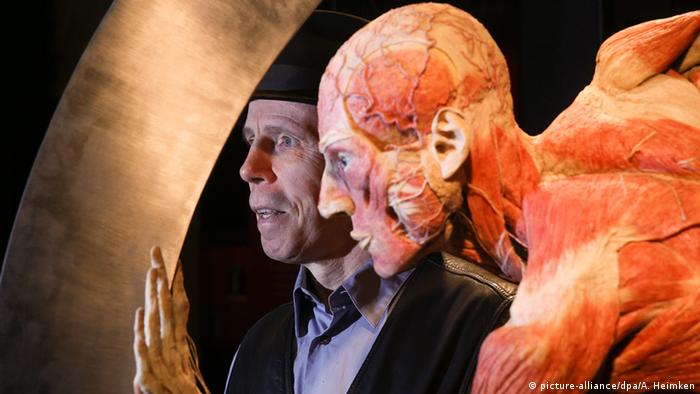 A Berlin court has ruled that anatomist Gunther von Hagens will be allowed to open a museum displaying preserved human bodies and body parts. The museum is set to open in January 2015.

Gunther von Hagens' touring exhibition of preserved human bodies, "Köperwelten" or "Body Worlds," has been displayed in different locations around Germany and the world since 1996. However, in September, district authorities refused to allow von Hagens to set up a permanent exhibition at the foot of Berlin's TV tower.

Friday's verdict overturned the authorities' decision that, according to German burial laws prohibiting the public display of corpses, von Hagens would need a special permit to exhibit the bodies in his museum.

The court ruled that while the exhibition's bodies - preserved by a process that replaces water and fat in the body with plastic - are corpses, lawmakers did not intend for them to be included in burial laws.

Politicians, city planners and church officials had protested against the museum. While on tour, the exhibition has often met with criticism for the way the bodies were arranged, for example playing cards.

Interview: 'We don't use bodies of executed Chinese'

Von Hagens, father of plastination and of the exhibition Body Worlds, has come under fire in China amid speculation the bodies were from executed people and he had ties to Bo Xilai. His son sets the record straight. (17.08.2012)

German anatomist Gunther von Hagens is stirring up controversy with the sale of human organs preserved in plastic. Authorities have ruled out a ban on the sales, despite protests from churches. (28.05.2010)

Long controversial for his use of plastinated corpses in exhibits, Gunther von Hagens is now under fire for using them to show what he says is a natural part of the human condition - sex. (18.09.2009)