Constitutional court allows use of weapons on home soil

Germany’s top court has ruled that, in exceptional circumstances, the country's armed forces may use military fighting equipment on German soil. But it stressed that the rule only applies to major emergencies. 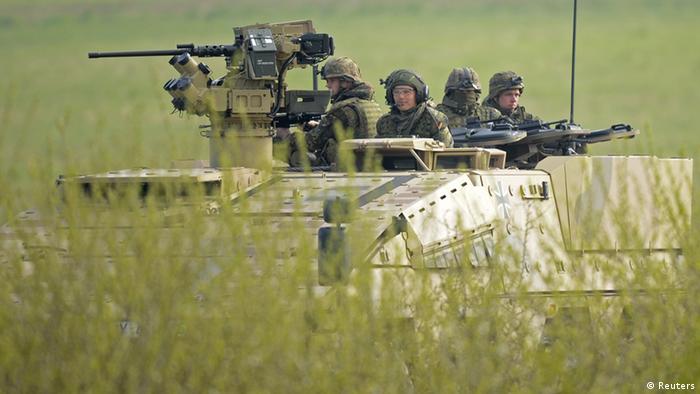 The Constitutional Court in Karlsruhe ruled on Friday that the German Bundeswehr would be allowed to use military weaponry within the country's own borders.

The decision was reached at a full meeting of all the court judges and permits the use of weapons only in the most extreme circumstances.

It ruled that forces could be deployed under strict conditions, in case of an attack on the country with the potential for scores of casualties.

The judges ruled that troops could be mobilized only in "states of emergency of catastrophic proportions," but never "in reaction to the threat posed by demonstrating crowds."

The ruling would still not allow planes hijacked by terrorists to be shot down, but it would allow warning shots designed to force planes to land.

In the case of the authorized use combat weapons by troops deployed during a national disaster, the court ruled that such decisions would have to be taken by the "government as a whole," rather than the defense minister alone.

The decision of all the judges was necessary after one group of judges, the Second Senate, had said it wanted to allow the military to be allowed to help individual German states.

The ruling reverses a decision by the court in 2006 and came in response to complaints by the states of Bavaria and Hesse.

The 2006 judgment cited constitutional restrictions on the use of the military in light of abuses and atrocities committed by German troops during the Nazi era.