Greece's parliament has elected Prokopis Pavlopoulos as the country's new president. The move is being seen as part of an effort to strengthen the leftist government's attempts to negotiate its bailout terms with the EU. 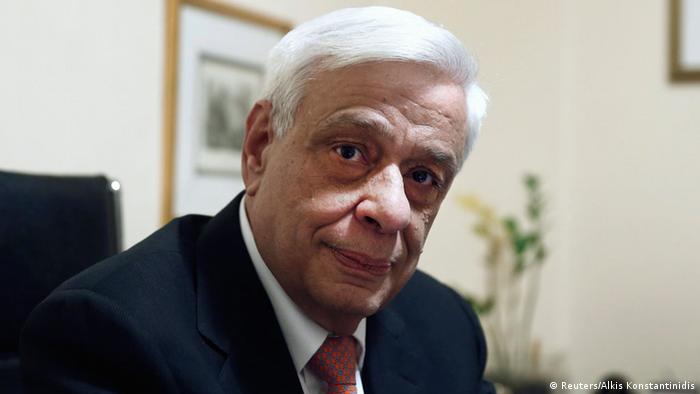 The 64-year-old's appointment to the largely ceremonial post ends a deadlock over the presidential selection that triggered snap general elections last month.

Pavlopoulos, a veteran politician and former law professor, was seen as a surprise choice, as conservative European Commissioner Dimitris Avramopoulos had been widely considered the favorite in the leadup to the vote.

Tsipras, leader of the radical left-wing Syriza party, put Pavlopoulos forward as his presidential nominee in a bid to draw much-needed cross-party support as Greece struggles to negotiate a new loan deal with its international creditors.

Athens is expected to submit a formal request for an extension of its loan agreement on Thursday. The application is also expected to seek the removal of tough austerity conditions.

The country's debt woes have given rise to fears Greece could lose its place in the single currency eurozone bloc.

Tsipras said the new president had "a proven democratic sensitivity, a high feeling of national conscience, and... enjoys broad approval in society and parliament."

Pavlopoulos will take over from 85-year-old Karolos Papoulias whose five-year term ends in March.

Greek Prime Minister Alexis Tsipras' government has gone into overdrive in hopes of resolving Greece's debt crisis on its own terms. German Finance Minister Schäuble said they were "insulting" their Eurogroup colleagues. (18.02.2015)