The presidents of the Democratic Republic of Congo and Rwanda have met in Uganda in a bid to revive stalled peace talks with M23 rebels. Rwanda is accused of backing the Congolese insurgents in recent clashes. 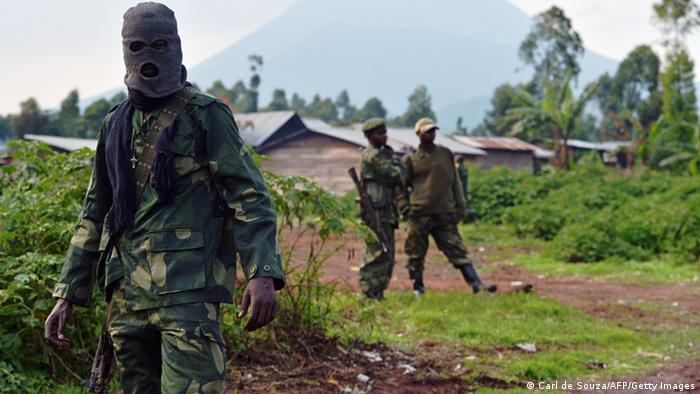 According to James Mugume, permanent secretary at the host nation's foreign ministry, Uganda's president called the regional summit in an attempt "to stop the fighting and get back [to] the negotiating table."

The UN special envoy to the Great Lakes region, Mary Robinson is visiting the volatile eastern region of the DRC, as fighting between M23 rebels and Congolese troops backed by UN forces continues. (03.09.2013)

The Democratic Republic of Congo has been battling an insurgency for almost a year and a half. Allegations that Rwanda, and to some extent Uganda, have been backing the M23 rebel fighters have further exacerbated tensions. Both nations fiercely deny the claims.

The M23 rebels, primarily made up of Tutsi soldiers who mutinied in April 2012, advanced past hundreds of UN peacekeeping troops in November last year to invade Goma, the capital of North Kivu province.

Congolese troops, backed by a special United Nations force, have since reclaimed the eastern city. A fresh offensive launched late last month saw them force the rebels from surrounding positions.

M23 declared a unilateral ceasefire last week, saying they were willing to "give peace a chance." However, government spokesperson Lambert Mende told news agency Reuters they must disarm and become a political party in order to expect cooperation with the Congolese government.

In attendance at Thursday's meeting, held at a luxury lakeside resort outside Kampala, was United Nations special envoy Mary Robinson. During a tour of areas struck by the fighting the former president of Ireland warned called on M23 fighters to bring an end to violence.

They "must cease violence [and] must disarm as the UN Security Council demanded," Robinson said on Monday.

Talks between the M23 and the DRC broke down in May. Assurances that they would resume are yet to materialize.