Global Witness has uncovered evidence linking the president's son, Denis Christel Sassou-Nguesso, to the embezzlement of millions of dollars. The Republic of Congo is no stranger to high profile corruption accusations. 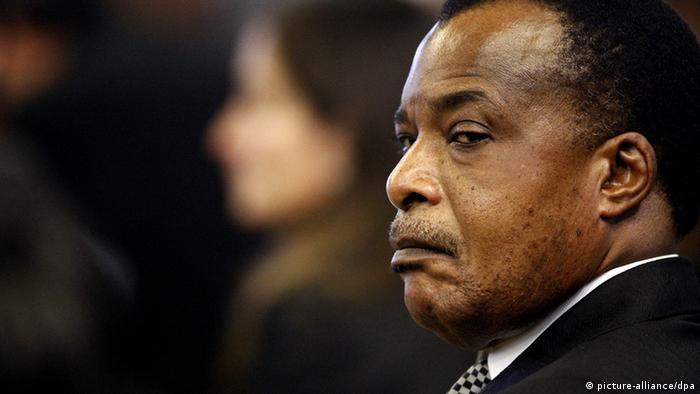 In his address to the nation last year, the president of the Republic of Congo, Denis Sassou-Nguesso, pledged that the fight against white-collar crime would take top priority.

"I recognize the impatience of the people who are waiting for heads to roll," he told parliament. "Given all the economic crime, there will be no difference made between ordinary mortals or fat fish." No one, it seems, would be spared.

NGO Global Witness thinks the fight against corruption could start with the president's own family. His youngest son, Denis Christel Sassou-Nguesso, has been accused of embezzling over $50 million (€44 million) between 2013 and 2014 in order to finance his luxurious lifestyle. 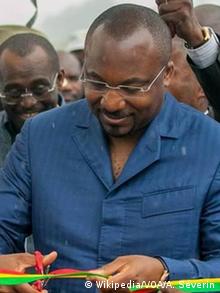 The younger Sassou-Nguesso — nicknamed 'Kiki le petrolier' ('Kiki the oil tank') — is accused of laundering the money abroad with the help of a complex system of companies. For him, getting hold of state funds is not a problem: he's held the position of deputy director-general of the National Oil Company of Congo since 2011 and has been a member of the ruling Congolese Party of Labor (PCT) since 2012.

Investigative journalist Marianna Abreu told DW the money was transferred through subsidiaries of the Brazilian company Asperbras in the US and the British Virgin Islands to letterbox companies in Europe. Abreu investigated the dealings of the president's son on behalf of Global Witness. Portuguese entrepreneur Jose Veiga is officially listed as the owner of these funds; Abreu says a contract exists which shows that the true owner is the president's son.

"What we obtained was a contract signed between Jose Veiga and Dennis Christel," Abreu said. "There was a stamp by a notary in Brazzaville, Congo's capital. Basically Jose Veiga transferred all the shares and the ownership of the companies to Dennis Christel. So basically he's a hidden owner."

As a result of this, it is no longer possible in European countries to identify the true origin of the assets. "Because Denis Christel's name is hidden, and according to the law in Europe there is no obligation if there is a transfer of shares in a different country," Abreu told DW.  "There is no obligation to actually notify the country of incorporation, in this case Cyprus." She says this gap in legislation urgently needs to be addressed. Global Witness managed to gain access to bank statements showing the transfer from the Congolese treasury to Asperbras. This amount of clear evidence is rare even in investigative research, says Abreu. 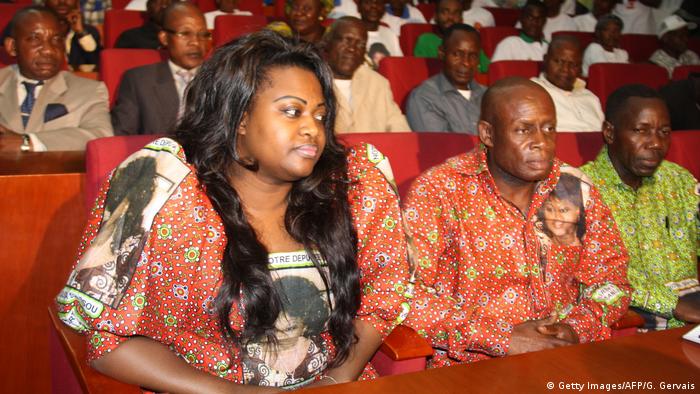 Back in April, Global Witness revealed that Claudia Sassou-Nguesso — Denis Christel's sister and also a member of parliament — appeared to have embezzled $20 million in state funds. $7 million was said to have been spent on a luxury apartment in the Trump International Hotel and Tower in New York. According to the NGO, the money was misappropriated via the same channels that Denis Christel jhad used.

The Sassou-Nguesso family has been the target of several similar investigations for decades. Another scandal has been making headlines in France since 2007 after five African heads of state were accused of using embezzled funds to purchase luxury apartments, according to Transparency International France. They included Congolese president Denis Sassou-Nguesso.

Neither Denis Christel Sassou-Nguesso nor a government spokesperson responded to DW's request for an interview. 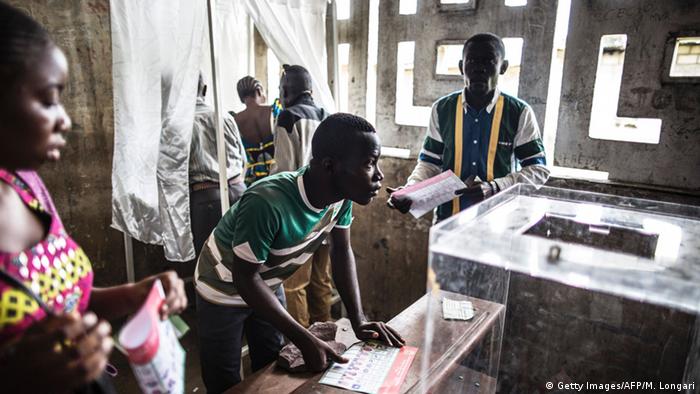 Corruption is a common election theme in the Republic of Congo

The chairman of the NGO Forum for Governance and Human Rights (FGDH), Maixent Animba, says the multiple accusations made against the president's family are seldom discussed in Congo. "When the scandal emerged in France, the government claimed an attempt was being made to destabilize the country," he told DW. "Only a few NGOs like ours had the courage to criticize the Congolese government."

Nothing much has changed since then. "It is an understatement to say that corruption in Congo is a general phenomenon," Animba says. According to him, all areas of public life are dominated by it, including the judiciary, the education system and elections. This is reflected in Transparency International's annual index in which the Republic of Congo ranks 165 out of 180 countries.

Brice Mackosso has been fighting corruption in Congo for more than 20 years as a member of the Catholic Commission for Justice and Peace (CCJP). He is also a member of the Extractive Industries Transparency Initiative (EITI), an international association made up of numerous NGOs, companies and states. He says corruption is particularly high in the extractive industry.

Mackosso thinks the problem goes far beyond Congo. He is appealing to the international community to take action: "The Europeans have managed to create a large organization that controls migrant flows," he told DW. "So why not create a kind of 'Frontex' that could control financial flows?"

The Republic of the Congo's longtime president, Denis Sassou Nguesso, is likely to continue his rule after last weekend's election — to the surprise of no one, says DW's Eric Topona.

The longtime president of the Republic of Congo is set for another five-year term after getting over 88% of the vote. The election day was marred by the death of his main opponent, Guy Brice Parfait Kolelas.

Kenya's President Uhuru Kenyatta and Ali Bongo of Gabon are among the African leaders named in the Pandora Papers investigation as hiding assets in offshore tax havens.