From "IS" hijacking a cruise ship in the Mediterranean to a massive right-wing terrorist attack in western Europe, an EU agency has published a report exploring hypothetical scenarios. DW spoke to one of the authors. 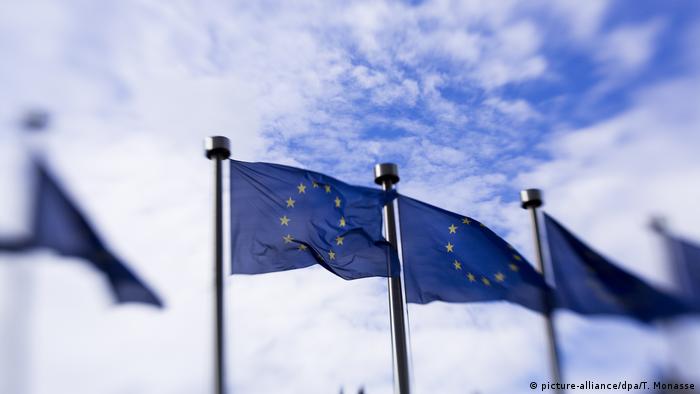 Earlier this month, the EU Institute for Security Studies (EUISS) published a report exploring gray swan scenarios, or hypothetical events that "may seem unlikely now but which could happen at one point in time," which could transform the security situation regionally and even globally.

"In a world increasingly shaped by unexpected events and developments - ranging from 'strategic surprises' like 9/11 or the Arab Spring to the unintended consequences of often well-meant decisions - trying to imagine contingencies that challenge current assumptions may well prove a useful exercise," writes EUISS Director Antonio Missiroli in the foreword.

The report "What if ... Conceivable crises: unpredictable in 2017, unmanageable in 2020?" edited by EUISS senior analyst Florence Gaub, offers hypothetical events that range from the "Islamic State" militant group hijacking a cruise ship in the Mediterranean to a massive right-wing terrorist attack in a western European nation.

DW spoke with Daniel Fiott, security and defense editor at EUISS who worked on the project, to find out more about gray swan scenarios and how they can help decision-makers in the EU prepare for the unexpected.

Deutsche Welle: What are the intended consequences of the gray swan scenarios used in the report?

Daniel Fiott: Given the important role the EUISS played in the process leading to the publication of the EU Global Strategy, we take seriously the idea that Europeans are increasingly living in a ‘world of predictable unpredictability'. Our agency is specifically tasked with contributing to the development of EU strategic thinking.

Read more: 'Security Union': The greatest threat to the EU comes from within

On this basis, we feel that we have a duty to ensure that EU policy makers are thinking about future scenarios and ways to prevent crises. In this sense, the gray swan scenarios we elaborate in the report are designed to shock the reader. Once we have got the readers' attention, the reader is invited to think about moments when the EU and its member states could have responded. The scenarios have been written in such a way as to allow the reader to become a problem solver.

Overall, one of the main objectives of the scenarios is to improve the EU's crisis prevention and response. The crises we present in the report are multi-faceted and no single EU institution or mechanism or member state is able to deal with them alone. We hope that the report leads to further coherence in the EU's response to crises and a shared assessment of these crises too.

Is it possible for the EU and its member states to adequately prepare for the unexpected security situation using gray swan scenarios?

The authors of the report certainly hope so. The point about using gray swan scenarios is to first focus minds on the types of crises that could affect the European Union in the future. At the EUISS we are able to use our wealth of analytical skills and knowledge to create scenarios that are forward-looking and strategic in nature. Unlike the EUISS, officials in other parts of the EU institutional system do not always have the time or resources to think about what the future might bring.

Read more: How the world reacted to Angela Merkel's pivot to Europe

In a sense, therefore, gray swan exercises are primarily designed to raise awareness about the unpredictability of global affairs. Admitting that we could be unprepared for a particular scenario is, perhaps counter-intuitively, a good thing. The benefit of using gray swan scenarios is that they help policy makers think through the available tools the EU and its member states have before a crisis potentially breaks out.

In this sense, gray swan scenarios can play a role in preventing crises and it may even lead to better crisis preparedness. However, where gray swan scenarios have limited effect is if policy makers fail to generate the institutional and material capabilities needed to respond to a particular crisis. 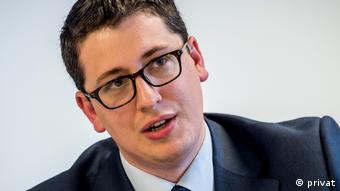 How can gray swan scenarios better prepare decision makers for the worst?

Gray swan scenario exercises are a means to an end. They are designed to make people think the unthinkable. In many ways, however, scenario planning is the easy part – ‘putting humpty dumpty back together again' is the really difficult part. In this sense, one of the important contributions that gray swan scenarios play is by bringing together a range of crisis managers and decision makers.

For example, prior to the publication of the ‘What if' report we organized a number of workshops that brought together a range of civilian and military officials to discuss the scenarios. We were positively surprised at the types of conversations during the workshops: there was better mutual understanding of existing crisis response mechanisms and tools; greater awareness of lines of political reporting; and many officials exchanged business cards with the hope of taking the work further.

This is exactly what the authors of the report had in mind. We were keen to present crisis scenarios in the hope of connecting the dots in the EU crisis response system. Indeed, we even foresee taking the report a step further by potentially organizing joint simulations. Our report seems to have – however modestly – started a process that may lead to better preparedness in the EU.

Daniel Fiott is the security and defense editor at the EU Institute for Security Studies.