Companies to get off ground in private space race | Science| In-depth reporting on science and technology | DW | 14.08.2013

Companies to get off ground in private space race

International corporations vie to build the next generation of capsules that will ferry people and material to space. One of them could hold up to seven people - and not all of them will necessarily be astronauts. 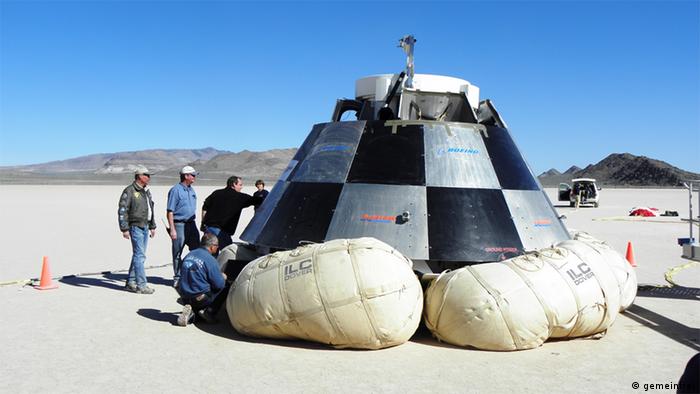 There's little chance Serena Aunon, Randolph "Randy" Bresnik and the rest of NASA's roughly 50 astronauts will be blasting off into space in the near future. Since scrapping its space shuttle fleet two years ago, the US's National Aeronautics and Space Administration only gets a select few astronauts to the International Space Station (ISS) on Russian Soyuz capsules. 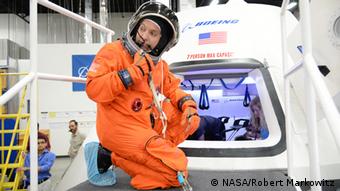 That made Aunon and Bresnik happy to be able to test out the inside of Boeing's new CST-100 capsule. The pair sat right down in the pilot seats and checked out the communications systems. It will be a few years before the capsule will ever launch.

"Our astronauts are always really happy to get out and see the new spaceships and exchange their experiences with engineers and technicians from the private companies," said Kathy Lueders, deputy manager of NASA's Commercial Crew Program (CCP), which coordinates spaceship development through private companies.

CST stands for Crew Space Transportation - meaning getting the astronauts up into space. Boeing is competing with SpaceX and the Sierra Nevada Corporation in the race to build spaceships that follow the legendary, yet notorious Space Shuttles.

NASA has supported Boeing, SpaceX and the Sierra Nevada Corporation with a total of $1.1 billion dollars (830 million euros) up to now. Under NASA supervision, these companies develop new spaceships that are supposed to be "safe, reliable and affordable" - according to official policy. Cynics have quipped that the new spaceships, then, are supposed to be the opposite of NASA's old ones.

As simple as possible

Two of the three companies have developed capsules again - just as in the age of the Apollo. Only the Sierra Nevada Corporation team has built a ship with stump wings that, at first glance, make it resemble a scaled-down Shuttle. Yet all three new designs boast a different way of transporting humans and materials into space.

While the Space Shuttle was like a freight truck that could transport both crew and entire modules to the ISS, the CST-100 is more like a small car for space. Generally, the cone-shaped capsule - which is three meters (10 feet) high and has a diameter of 4.5 meters - is supposed to seat five astronauts. 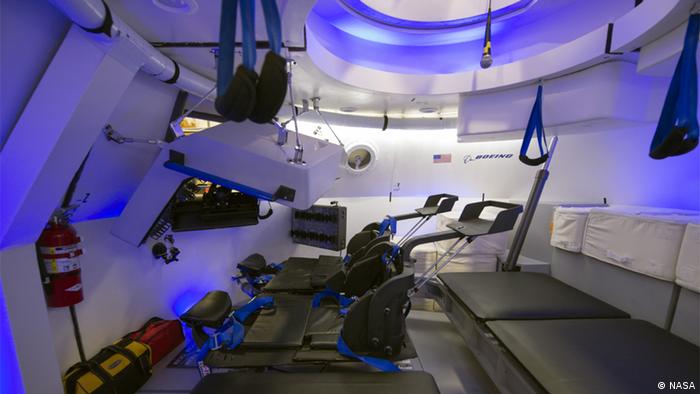 But if everyone squeezes together and cuts back on the carry-on luggage, seven people should be able to fit into the spaceship that is fitted with tablet computers, indirect lighting and designer seats.

"We haven't put thousands of buttons into this thing," said Boeing project director Christopher Ferguson, who has been in space three times for NASA, including as commander of the final Shuttle mission in July 2011.

"When the astronauts launch this, the primary goal is not flying the capsule. It's about being at the Space Station for six months," he added. "We're building the CST-100 in such a way that it can be flown intuitively, without a lot of training."

CST-100 could pick up the slack after Shuttle program

If all goes well, the CST-100 could start taking people to the ISS beginning in 2017. The capsule is supposed to launch on the tip of an Atlas V rocket which has, up to now, only taken satellites up into space.

Boeing, which has experience building spaceships stretching back into the Apollo days, may have a good chance at getting its capsule built for launch. But it's not entirely certain that CST-100 will go beyond the model phase.

As Curiosity patrols Mars looking for traces of life, it carries a German radiation gauge to measure the rays future astronauts will have to contend with on the planet. And it's not sending back good news for humans. (14.08.2013)

This month marks two years since NASA's final space shuttle launch from Florida. The end of NASA's Space Shuttle program has led to the commercialization of the industry. (22.07.2013)

NASA will not actually give out the contracts until mid-2014 for building capsules for real test flights in space. At least one of the three competing companies will lose out, perhaps even two, should the US Congress slash funds for the NASA program. Still, the US space agency has deliberately relied on the laws of competition to keep prices down.

There is hope that the capsules built by private companies will take not only professional astronauts up into space but wealthy individuals as well. They are not yet permitted to fly to the ISS, but the American company Bigelow Aerospace intends to build its own small, private space station by the time of the maiden flight of the CST-100 or others. That station is to consist mainly of inflatable modules.

While the private companies are competing for the contracts for building the spaceships that launch to the ISS, NASA is developing its Orion spaceship that is to fly to the moon and beyond. The European Space Agency (ESA) and companies such as Astrium in Germany are also involved in the project. For Orion, NASA is using technology that ESA developed for its unmanned materials transporter ATV.

Former German astronaut Thomas Reiter, who is now ESA's director for human space flight, said he was pleased. "It's a great form of cooperation," he said. "It's the first time that Europe has been asked to be involved in the critical phase of the development of such a transport system." Until now, NASA has always maintained that it or other American companies would build all indispensable components. But times have changed.

Private spaceships are supposed to replace the Russian Soyuz capsules for flying to ISS four years from now at the latest - and the US aims to rely on Europe for other expeditions further out into space.

But for all of these projects, one thing is certain: it's much easier building a model that merely sits in a hanger workshop, in which astronauts can just climb in and play around. It's much more difficult to turn that model into a capsule that can successfully launch into space.